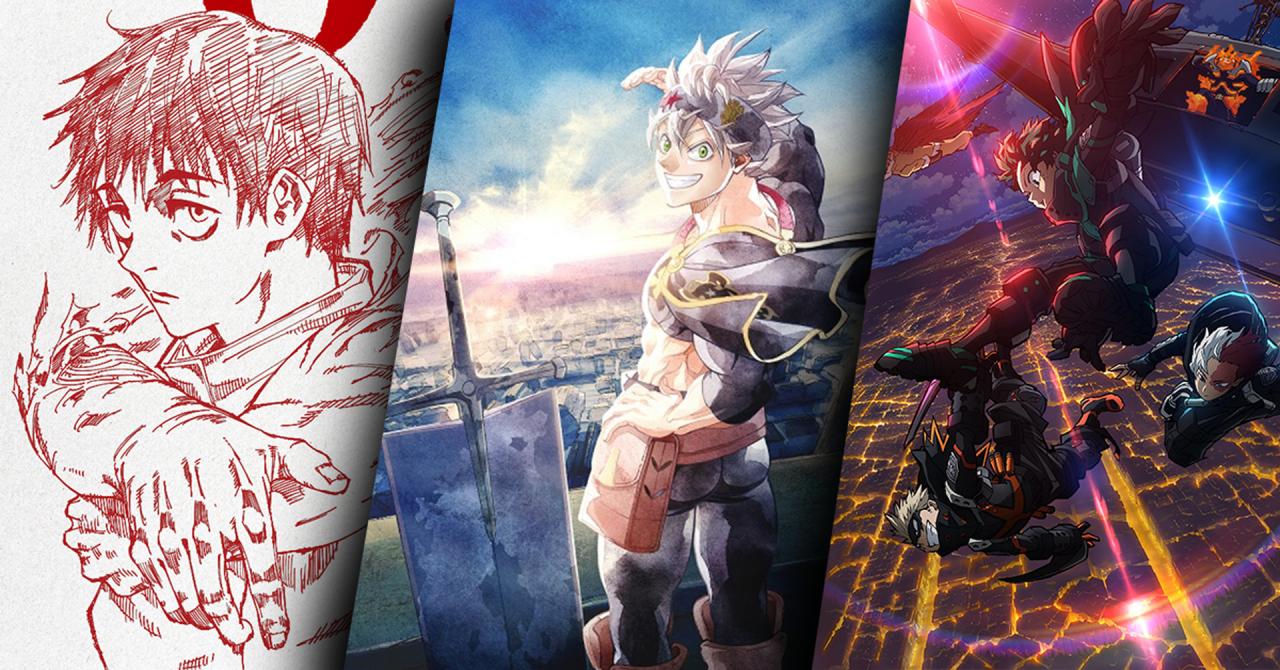 There have been a lot of big anime movies lately. The most notable of course being Demon Slayer: Infinity Train, but Stand By Me Doraemon 2, Gintama: THE FINAL, Evangelion: 3.0+1.0 Thrice Upon a Time, Violet Evergarden the Movie and plenty of others also made their marks. Movies are sometimes original, without really affecting a fan who doesn’t watch them. However, it’s different when they are canon. That’s when they adapt the source material and are important to see since the story might just continue after it in the next anime season. Either way, we all love good anime movies, and the upcoming ones for 2021 and 2022 seem really promising!

Some of the upcoming anime movies have revealed their details, while some are yet to do so, but here’s a list of the top 11 ones to look forward to in 2021 & 2022, and you can let us know if we missed any. (*The number 11 was random and might update in the future)

An original story with supervision from the series creator Suzuki Nakaba. This movie will be set after the story of the manga (and final anime season), and will he ‘didn’t dare’ include in the manga.

Although this will be a compilation movie, it will have additional scenes and a new ending. Definitely look forward to seeing Gotou and Hime again!

An original story supervised by the My Hero Academia creator Horikoshi Kohei himself. This is one of the upcoming anime movies that has a set date for 2021, and will have Deku being framed and teaming up with other top heroes to battle the villains who believe in the Quirk Singularity Doomsday theory.

Based on the Sword Art Online Progressive novels, this movie will cover the Aincrad arc from Asuna’s perspective.

The latest installment for the Free! franchise, which will be split into 2 Parts. The first one will come in a few months, while we’ll have to wait for April next year for the 2nd one.

A sequel was confirmed immediately after the 2nd season of The Quintessential Quintuplets ended, although it will not be another TV anime season. The movie will continue Fuutarou’s story and will likely adapt the rest of the manga.

Studio: To be announced
Date: 2022
©春場ねぎ・講談社／「五等分の花嫁∬」製作委員会

The movie version of the comfiest anime, the girls will come back next year.

The prequel story to the Jujutsu Kaisen anime, the 0 Movie will cover Volume 0 of Akutami Gege’s manga. It follows Okkotsu Yuta. He’s another person Gojo Satoru praised as someone who can catch up to him, and watching it in movie quality should be amazing.

This one has no details about the story, and we only know that it’s confirmed. The Black Clover anime finished after 3 and a half years this March 30, and the anime movie is certainly one of the top upcoming ones for 2021, or more likely 2022. The story just got into the fight against the Spade Kingdom and the Dark Triad, and the movie might continue it.

The long anticipated movie version of Yuri!!! on Ice finally got an update back in November 2020. They said they weren’t yet at a stage to release a date, but that they are working on enriching the film and sharing their unwavering love and dedication for skating. Hopefully there are some more details in the near future.

Studio: MAPPA
Date: To be announced
©YURI!!! on ICE PROJECT

Or Mahou Shoujo Madoka★Magica Movie 4: Walpurgis no Kaiten, it will be the 4th movie for the franchise and a direct sequel to the 2013 Rebellion film.

These are the top upcoming anime movies for 2021 and 2022 for me, but there’s sure to be some that I skipped or just don’t know about. If that’s the case feel free to let me know and I can add it on the list. (There is also Dr.STONE with an unspecified format, which might end up being a movie. More on that later as well). Lastly, it’s also possible that some of the movies get a date after 2022, in which case the article also updates.

Bang Dream! Movie: Episode of Roselia II – Song I am. Follow the friendship of Inu-Oh and Tomona, who dance and sing to get the truth and break each other’s curse. The anime film slated to opening in 2021.
Premiered: 2021
Studio: Science SARU
Genres: Fantasy, Historical, Music
14. Seitokai Yakuindomo 2 Movie The Best Anime That Are 13 Episodes or Less The Seven Deadly Sins Manga to End in ‘About a Year’