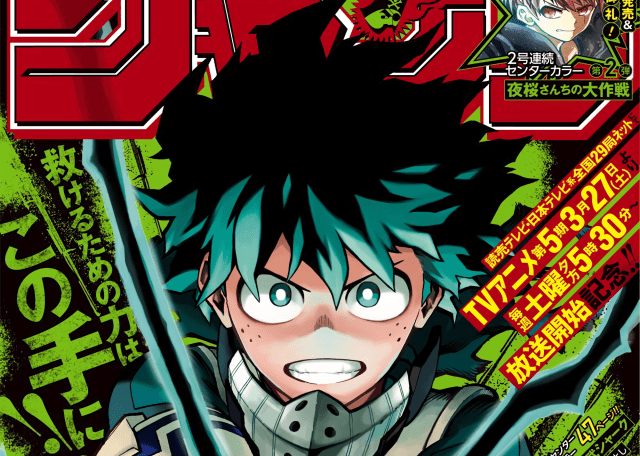 Kohei Horikoshi’s “My Hero Academia” (Boku no Hero Academia) manga has entered the final act with the latest chapter. Mantan Web published an article that it’s entering the final chapters, and the most recent chapter ended with “306 – The Final Act Begins”. It’s unknown how long it will last, but it might mean they are heading towards a clear ending now. The manga has been ongoing since July 2014, and there are currently 29 published volumes. You can check out the cover of the very first one:

We really entered the final Act of the stoy…..#MHA306 #MyHeroAcademia pic.twitter.com/ubCrzpxPLI

The manga has recently been getting really interesting, and hopefully the final act lasts for a while. So far there have been 2 “acts” which both included multiple arcs. Then again, we’ll have to wait for at least one more chapter to get some idea of how it will move forward.

On the other hand, season 5 of the anime will premiere in 5 days on March 27. It will likely animate the Joint Training Arc, although it might go into the Meta Liberation Army Arc as well.

Everyone probably already knows it at this point, but the synopsis of the story goes:

“Izuku has dreamt of being a hero all his life—a lofty goal for anyone, but especially challenging for a kid with no superpowers. That’s right, in a world where eighty percent of the population has some kind of super-powered “quirk,” Izuku was unlucky enough to be born completely normal. But that’s not enough to stop him from enrolling in one of the world’s most prestigious hero academies.”

My Hero Academia manga is currently one of the most popular Shonen mangas, and the final act will surely keep up. Let’s enjoy it all the way, as well as the upcoming anime.

About My Hero Academia

My Hero Academia is a Japanese superhero manga series written and illustrated by Kōhei Horikoshi. It has been serialized in Weekly Shōnen Jump since July 2014, with its chapters additionally collected in 24 tankōbon volumes as of August 2019.

It follows a quirkless boy Izuku Midoriya and how he backed the greatest Hero alive. Midoriya, a boy who has been admiring heroes and their ventures since the day he was born, came into this world without a quirk.

On one fateful day, he meets All Might the greatest Hero of all time and discovers that he was quirkless as well. With his diligent attitude and unwavering spirit about being a hero, Midoriya manages to impress All Might. He is chosen to be the heir to the power of One for All.