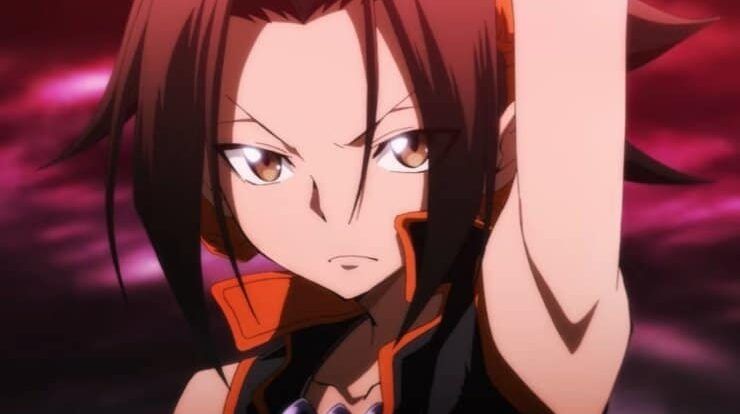 Top 10 Best Upcoming Anime of 2021 – Hey guys!. In this post, I’ll be discussing a list of Top 10 Best Upcoming Anime of 2021. We’re officially in the last season of the year. 2020 has been a year full of unexpected twists, mostly of the bad kind unfortunately but hey japan’s well on the road to recovery and we now have 2021 to look forward to. 2021 looks an amazing year, as early as now and we’re still not over the finale of Attack On Titan, which will start this december. We’ve got a load of hype blockbusters coming up the multiple finales of the past season are just the start apparently. So let us count down the list.

I bet a lot of you young ones are excited for this. After almost two decades, we’ll be seeing the return of Shaman King, one of the most beloved classic shonuen. For those, who aren’t caught up, Shaman King is the story of the shaman fight, a large-scale tournament hitting shamans and their spirits against each other, the goal, obtain the great spirit and get the power to reshape the world at will. Now, the series revolves around the carefree Yoh Asakura, who gets thrust into the shaman fight, discovering new allies and foes as he discovers more about the world of spirits and the secrets behind the whole tournament. This new edition of Shaman King is rebooting the storyline and following the manga, so you finally get to see all the craziness that happens in the manga in anime form.

9. Rising Of The Shield Hero Season 2

Rising Of The Shield Hero makes its glorious return this 2021 and has finally been announced for next year with a new rocking trailer. The first season ended in quite an awkward spot for me, while I thank the anime team for not ending it on such a steep cliffhanger. It still ended with the adventure far from finished and given how much I enjoyed the series, I just couldn’t wait for more anime. If the anime sticks to the source material, we should be seeing the intermission arc and spirit turtle arc, expect to also see more of not only the other three heroes but also the arc and the rest of the heroes from another world.

Yes, the wait is finally over. Almost adecade after the latest film, the film rebuild of Evangelion movie is set to be released in january 2021. After having some test screenings of the first few minutes in 2019, we finally got a trailer and it looks every bit of awesome. I don’t think that I need to explain why this movie belongs here? Just look at your social media erupting joy after the trailer recently dropped. The wait will surely be worth it for all of us. If you’re one of the people who just can’t get enough of one of the landmark mecca titles in anime history, 2021 is gonna be an awesome year.

For those praying for the slow decline of the isekai genre, I’ve got some real bad news for you. On the bright side,2021 isekai titles are looking very promising. The ones that have been announced so far have been greenlit with much fanfare and one of the front runners of 2020’s isekai is Mushoku Tensei. The isekai device of choice is putting in a lot of work once again,ramming down our 34 year old protagonist and sending him into the body of Rudeus Greyrat. However, as always in these stories he retains the knowledge from his previous rank filling him with the desire to start over and not repeat the mistakes of his past in his second life. However, with all the gifts that he retained from his past life he also comes into this world with his other trait as a human on earth, being a perverted otaku, who dreams of making moves on women. Another synopsis might not seem too special given what we typically have for isekai but Mushoku Tensei is one of the more popular titles out there and for a good reason, it has good character progression, great themes on redemption and coming of age and has one of the most profoundly built worlds in isekai.

For shounen jump My Hero Academia is the gift that just keeps giving. On another note, I like how My Hero Academia takes breaks and adapts the arcs in chunks to keep anticipation up and avoid the shounen trap of fillers. This time, we’ll be going to the continuation of the pro hero arc and the battle against the nomu. The previous season has been one big redemption arc for Endeavour and for the next arc we should cover the training arc that puts class 1A and 1B against each other, all the way to the start of the Endeavor agency arc. You’ll also be seeing the villains take the spotlight in one of the more unique shounen arcs out there. Who’s excited for My Hero Academia Season 5?I sure am. Spring 2021 just can’t comefast enough.

If things were normal, To Your Eternity would have premiered this year but as we all know 2020 is definitely not a normal year and the much anticipated series has been pushed back to 2021. From the creator of the critically acclaimed a silent voice, comes this brand new story about an immortal being that finds itself on earth. Having experienced the source material, I’ll vouch for it as one of the more thought-provoking and dramatic series that we do have coming up next year. It may be premature, since we’re still a quarter away from 2021 but given the quality of the source material and the staff behind the anime team, I’m sure that this one is not going to disappoint. Seeing the dramatic tale of an alien organism learning about the qualities that make our world what it is might have to wait but the wait will be worth it.

It’s been announced for quite some time but we finally got our release date. One of the amazing 2019 series out there Dr. Stone has managed to blend the fantastic with the realistic in a mix that you don’t really see in a lot of anime. Weaving together some unexpectedly educational content with the fantasies and the adventure-filled charm of anime, it came as no surprise that Dr. stone has become a fan favorite. Of course, we all can’t wait to see more, so, we’ll be getting more Dr. Stone coming up. I’m quite certain that we’ll be getting some sort of the age of exploration arc and some major headway in getting the truth behind the petrification that completely changed the world. Dr. Stone: Stone Wars comes to our screens this january.

At long last Horimiya is setto get an anime adaptation. So, Horimiya is about two people who have hidden sights to each other. Kyoko Hori is one who has little chance to socialize away from school, a complete busy body she has no time for lots of the joys of teenage years. On the flip side you have Izumi Miyamura a brooding otaku who actually has a gentle side behind him, also he’s quite littered with piercings and tattoos stuff you wouldn’t associate with geeky goody two-shoes types. What happens when their parts cross in a chance meeting outside school? Having read some of the source material, I’d say that the series is full of surprises. It may seem to have a rom-com premise with a simple twist but I definitely had a lot of fun with it. It’s a lot better than you’d expect and it just ended up being a really pleasant surprise. It’s such a soothing and wholesome story that would melt your hearts this winter 2021.

It’s been a long journey for Gintama and as they say every journey has a conclusion. Luckily for Gintama’s loyal fan base that’s been following the epic story for so many years, we’ll be getting the last chapters of the manga adaptation in the form of a full-length movie. After the dust settled from the final battle against Utsuro, peace and everyday hijinks returned for Gintoki and the gang. Now that the ultimate enemy has already been defeated, what awaits Gintoki and the rest of the Yorozuya? Turns out that we get one last adventure to go through before bidding the rest of the gang farewell. Of course, they can’t afford to give a less than excellent product given the status of Gintama.

I didn’t expect myself to be so excitedfor a sequel to a series that I felt ended on a pretty good note. Still life awaits the children after their escape from Grace Field and we reunite with them as they try to survive the world outside. Uncertainty and danger loom in every corner and it will take everything that Emma, Ray and the rest of the kids have in order to live, after all, they’ve just gone out of the frying pan and into the fire with a whole society of demons presumably lying in weight in the world beyond. The Promised Neverland has become one of the big hits of modern shounen and anticipation for the continuation of it is at an all-time high. What awaits the grace field escapees in the society of demons? Let’s all tune in to find out.

That is it from today’s post on Top 10 Best Upcoming Anime of 2021. If you do not agree with the points in the post and have some of your own opinions, share them with us in the comments section down below. Keep visiting Animesoulking for more information about Anime and Manga.

Platinum End – TBA, Fall 2021
Taisho Maiden Fairytale – TBA, Fall 2021
TBA Anime Releasing in 2021
The following anime have been confirmed or slated for 2021 release, but have yet to receive a release date or time frame.