One Piece 918 Spoiler: The last Chapter end with Law sees Hawkins arrive and becomes irritated/anxious…!!! So what happens next..? find out story on One Piece 918 Spoiler Discussion 「ワンピース ネタバレ」 第918話 at Sotaku.com. if you would like to discuss the Spoiler or prediction, please leave a comment below.

This spoiler is from YonkouProd, and the chapter is titled “Luffytaro Returns the Favor.” 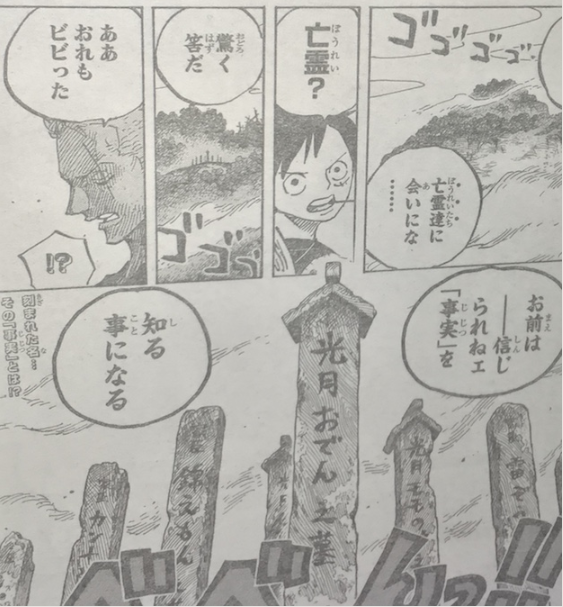 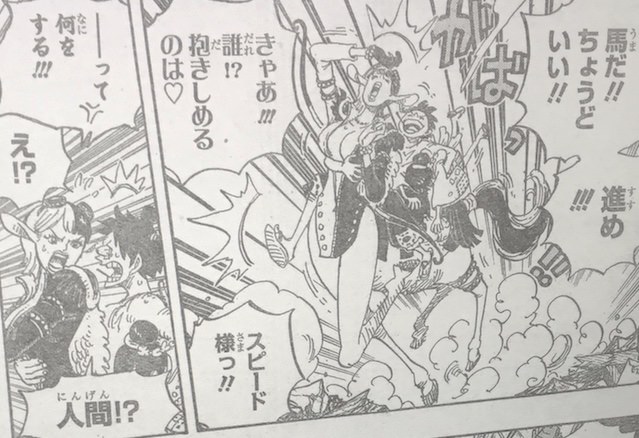 One Piece 918: Luffytaro Returns the favor.

(To start, the cover page story ends this chapter).

Luffy takes down Holdem, and runs away using Speed as his horse. She objects of course, but Tama uses her ability to tame her, and she’s completely under his control as he tells her to bring the treasure ship to the people.

Tama mentions how Luffy saving her before reminds her of Ace, but Luffy can’t hear her and she keeps it to herself. Meanwhile Law and Hawkins go at it, though the latter only begins to recognize the former a little at first. Law admits that he’s not trying to kill Hawkins, just scare him away.

Though then the news of Holdem being taken down is reported and Law realizes they’re in the worst case scenario as this will be reported to Jack. Zoro and Luffy crash the fight with the ship of food and all the people of Wano come out to celebrate being able to eat as they wish for the first time in a while.

Luffy announces himself to the people and brings them water and says it’s repayment for Tama’s kindness –before demanding meat, lol. Hawkins is seen reporting the disaster to someone as Luffy tells Tama not to settle with just this. He declares that now that he’s in the country they’ll be able to eat as much as they want every day –much like Ace said back when he was in Wano. Tama begins to cry at this, but says she’s just surprised, not happy.

Law is annoyed but says they need to get moving to the ruins of Oden castle where he wants to meet the “ghosts of Wano”.

Apparently Zoro’s already been there as he remarks on how surprised he was when he saw it. “There’s an unbelievable truth you need to see there”. On gravestones are the names of Kanjuro, Kinemon, Oden, Momonosuke, and Raizou.