Every anime series needs a great hero, but it also requires an equally great villain. Often these are both just characters put at odds because of their history, ideology, or any otherwise opposing viewpoint. Yet, not every villain needs to be just one person, but rather it can be a whole organization of people. As such, one big target for evil villainy is the government that rules over the story setting itself. In many cases, a series will start out with one major character antagonist only for it to be revealed later that a corrupt government was the one pulling their strings. So what anime series put their governments in the role as the villain in the best possible way?

This series is one of those that paints things in shades of gray, so much so that you don’t actually realize some of the real villains in the series until later. However, you get glimpses of governmental villains rather early in the series. Though the main characters become alchemists under the state, the common people often fear and distrust them because of the deeds that state alchemists carried out in the past. However, it is not always one person making evil decisions, often those decisions trickle down from higher up.

One Piece may be about pirates, but while some pirates are villainous, they don’t hold a candle to the World Government that pulls the strings. There is very clearly something deeply flawed with the World Government. Not only do they aim to cover up the events of the Void Century where they rose to power, but they employ bruisers to keep the secret and keep everyone in place. In this series, the Admirals that should be the good guys certainly do not do very good deeds.

Every empire is in some part the villain. In order to become an empire, you need to annex territories that are not natively your country’s own. This means a shift in power, culture, and backlash from citizens not willing to be ruled by a foreign power. This is a small part of what Code Geass is about. However, the main character, being the exiled Prince of the Holy Britannian Empire, knows how evil the government is as his father is its head.

When it comes to governmental antagonists, often they aren’t doing evil deeds outright, but neglecting the representation of their people. In Akame ga Kill, this is the case shown in the capital. If you speak against the government, you are executed. Even if you fall in line, heavy taxation and starvation will likely drive you to the grave if you aren’t willing to sacrifice your morals. Thus, there are those that rise up against these villains.

The Soul Society in Bleach is governed over by Central 46 that handles the creation of laws and carries out punishments. They live detached from the entities they govern over and actually have very little contact with the people they rule over. In the series it is shown how flawed this is when it is discovered that no one really knew what was going on. While they may not have always have been bad, except for that one occasion which is a pretty big spoiler that were not going to go into, they are deeply steeped in rigorous tradition that makes them distinctly inflexible and occasionally unpopular.

Guilty Crown takes place amid a semi-civil war between governmental entity GHQ and freedom fighter organization Funeral Parlor that wants to restore independence to Japan. The main character, through gaining a particular power, is thrown in the middle of it. Throughout the series it is vague on who the good and bad guys are with most painted in distinct shades of gray, but it is clear that there are flaws with both sides.

Most cyberpunk series are big fans of painting the government as critically flawed, and this one is no different. In the Psycho Pass world, the government tries to predict and stop crime by analyzing the metal state of each citizen to predict their potential for crime. If it is high enough, they are taken care of. Of course, as many of these people have not actually committed a crime yet, that’s not so great for personal freedoms and justice.

There are a lot of different villains in Martian Successor Nadesico. The heroes are, of course, a ragtag bunch of people that don’t seem like heroes, but these bunch of weirdoes are good at what they do. I mean, they kind of have to be when you are stuck in a three-way war between not just the government, but corrupt corporate executives and an alien invasion.

Not all villain governments come in the form of those that quietly do evil deeds. Sometimes the evilest governments are the ones that exercise control that should be beyond their means, and that is the case in Shimoneta. The government – these knaves, these demons among men – outlawed dirty jokes and anything immortal in order to protect their citizens from lewdness. The very idea! How vile! How does one fight against such a government that monitors the behavior of its citizens for lewdness? You battle it with public acts of lewdness.

Do you have more examples of antagonistic governments in anime? Let the world know in the comments section below. 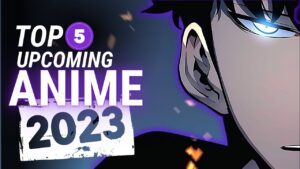