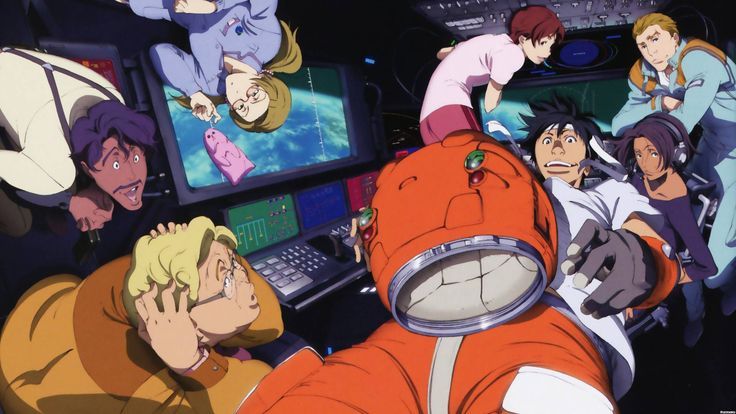 The manga is always better. It’s like an anime/manga fandom rule. Sometimes it seems like the number one rule, but it is not always true. Manga can often be better, it is true. However, sometimes animation is a better form of media to tell a particular story. Don’t believe us when we say that anime can be better than manga? That skepticism is understandable, but here are a few notable examples. There is nothing wrong with Nodame Cantabile as a manga, especially as a romance manga. However, there is something fundamentally wrong with manga about music. If you can’t hear the music, you can’t feel the message it is trying to convey. Unless they do something horrible to the story, music manga will always be better in anime from for the soundtrack alone. The major flaw with the Tsurezure Children manga is that it never feels like there was enough in each chapter. Even though it was adapted into a short-episode anime series, it always feels like they fleshed out the story more and you really felt the romance and the comedy of it more cohesively. Unfortunately, you still always wanted more, but that’s only because it was adorable. The thing about this series and its relationship between anime and manga is that it has different focuses. In the Planetes manga, there is more of a focus on the character relationships and the slice of life element. However, the anime grew more ambitious as it started to deviate by adapting a more ambitious and engaging story with a political element to it. The anime starts off as a very dedicated adaption, but grows, and more importantly, grows in a good direction. Usually deviating for the source material is a cardinal sin for manga to anime adaptations, but Planetes proves that it can go well. It is also worth noting that the anime also arranges some of the adapted elements into a more cohesive narrative, compared to the occasionally sporadic nature of the manga. Shounen action series typically have okay-ish anime adaptations, but the manga is usually still better. Hunter x Hunter has more gore. Naruto doesn’t have like six seasons of filler. Bleach…has an ending. However, D. Gray Man, while it has some flaws and filler, does have an anime that exceeds the manga. The issue with the manga is that it doesn’t always accurately capture the scope of the action or even what is going on. The anime, like most shounen anime series, is great for showing off the action of the series in a more understandable manner. As this is what you typically watch/read shounen anime for, that is crucial. Again, as a music anime, the K-On! manga was begging to be animated so you could actually hear the music. However, much of the point of the series was also watching the cute girls being cute. For this, manga can only do so much. The fact that it was KyoAni animated was even better since no one does cute characters like they do. The Death note manga is good. The Death Note anime is good. Let’s not argue that they are not good, but let’s agree that watching Death Note play out was better than reading it. The Death Note manga can occasionally be a chore to read. There is a lot of explain and some pages are more word bubbles and text than actual drawing. It is a manga that requires a bit of focus to get through some of the pages since you can’t just speed read it or risk missing an important plot point.

It is easier just to watch since event the subtitles are cut down to make it more manageable. I remember a time before the Attack on Titan when it wasn’t a phenomenon. There were fans of the manga, to be sure, but it was a difficult story to get into. Because of the scope of the battles, it was difficult to fit the same large scale action into manga panels. Essentially, it was a series that was really made to thrive in anime form. Thankfully, they did it right by smoothly combining 2D animation with CGI so everything flows and vibes in a way where you don’t notice every second of CGI while watching.

Furthermore, the manga author also worked closely with the team when creating the anime. In this regard, he was able to rectify things he wished he could have done differently in the manga. Though the only lamentable thing about the anime is that it kind of neutered some of the gore of the manga. To understand why the Usagi Drop anime is better, you need to have read the manga. If you did, then you know. During the second half of the manga, a part not adapted for the anime, things take a bit of a weird turn. Rin has grown into a teenager and has decided she wants to have a romantic relationship with Daikichi. It kind of ruins the whole wholesome vibe that Usagi Drop spent the first half of the series building. Fans generally agree it doesn’t exist. Yu Yu Hakusho, for the most part, has a pretty solid manga, but as fans will remember, it tended to drag inconsequential things out more than it should of. Kind of like how the original DBZ anime drags out fights for dozens of episodes. The Yu Yu Hakusho anime kept things more concise, but still highlighted all of the important character growth moments. While true to the manga for the most part, it is also notable to mention that it fleshed out the final arc of the series better than the manga did, something manga fans can agree was a little week. Initial D is a racing series, and racing manga suffers from the same fatal flaw of music manga. Speed lines can only do so much for the art to convey the high-octane element of Initial D. Furthermore, not unlike Fast and the Furious, the Eurobeat soundtrack of Initial D really goes a long way to get the heart racing.

Do you have anime more anime series that were better from the manga they sprang from? Let us know in the comments section below. Yu Yu Hakusho Will Return in a New Anime This 2018! How Yu Yu Hakusho Holds Up!