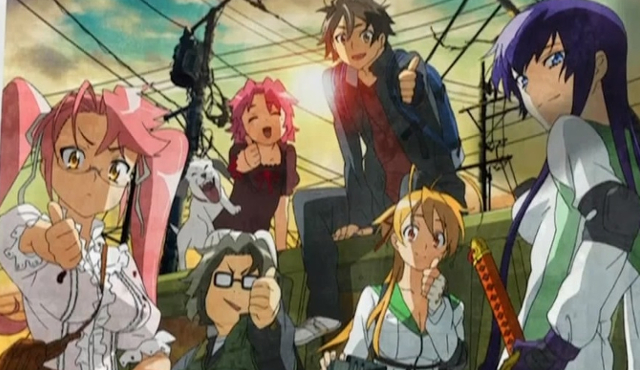 Raise your hand if you’ve ever become a fan of an anime only for it to end abruptly with little to no plotlines resolved or closure. Often times, these kinds of series are referred to as “manga bait”, anime series that exist solely to provide increased sale for an ongoing manga series.

No, we’re not talking about anime shows like the first Fullmetal Alchemist TV anime that created an anime original story to wrap up the show, we’re here to discuss anime (and a few manga titles) that just inexplicably ended with nothing resolved and no questions answered.

Most fans can probably easily guess that Highschool of the Dead is certainly on this list but some of the other titles just might surprise you.  A few of the shows even received remakes despite never finishing the source material.

10. Highschool of the Dead 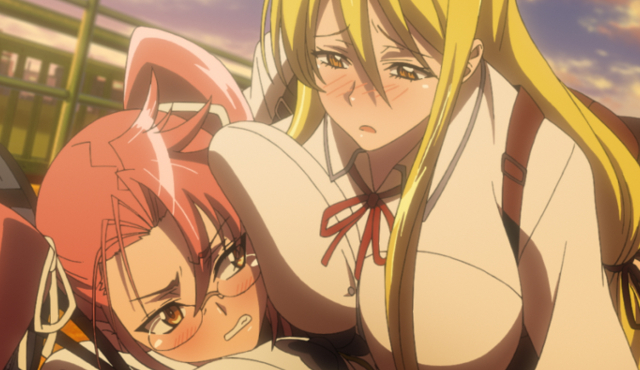 Sadly, there’s never going to be a second season of Studio Madhouse’s 12-episode adaptation of author  Daisuke Satō and illustrated by Shōji Satō Highschool of the Dead manga.  The anime aired in Summer 2010 and was simulcast on the Anime Network.

That’s because Daisuke left the manga series on hiatus in March 2013 to focus on his health but ultimately died of ischaemic heart disease in May 2017 at the age of 52.  The Japan tsunami of 2011 reportedly destroyed all of Daisuke’s notes for the series so it’s impossible for another writer to team up with his brother Shoji to complete Daisuke’s vision. 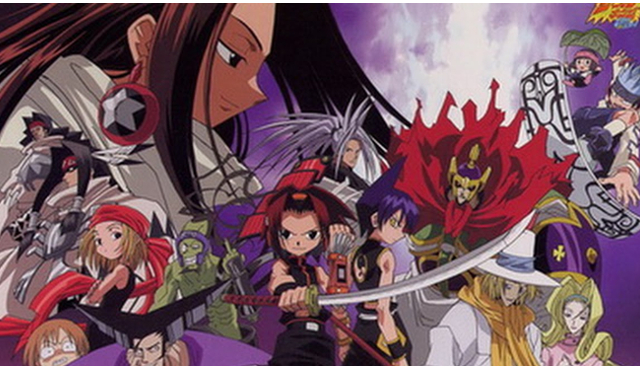 Shaman King received an anime adaptation in 2001 from Studio Xebec. The anime is based on the 1998 manga from Hiroyuki Takei which concluded in 2004 at 32 volumes.  Weekly Shonen Jump abruptly ended the series with no closure before a reprinting of the series in 2009 provided a “true ending.”

A sequel to the manga, Shaman King Flowers began serialization in Shueisha’s Jump X from 2012 to 2014 wrapping up in 6 volumes.  Recently, Takei revealed on Twitter that he’d been approached to continue the anime but declined because the original voice actors and the original music were unavailable. 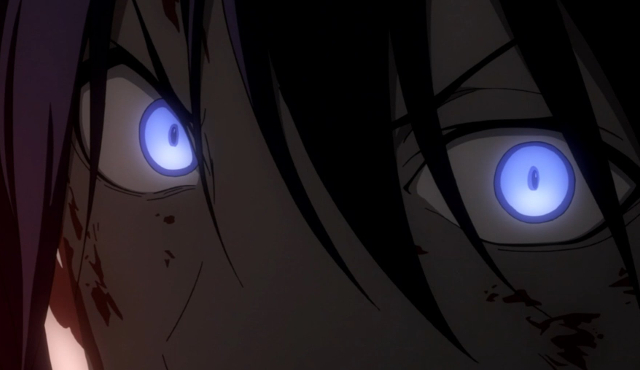 The Noragami: Stray God manga is produced by Adachitoka – a mysterious team of two individuals.   Unfortunately, one of the members was revealed to have an undisclosed illness, resulting in the manga going on an indefinite hiatus back in May 2017.

Since then, there’s been no update on if/when the series will be continuing.  Some fans are concerned that the illness might be life-threatening or have an affliction that prevents extended periods of illustrating.  Despite receiving a second season, sales of the manga have been fairly middling, to say the least, so the chances of a third season are slim to none. 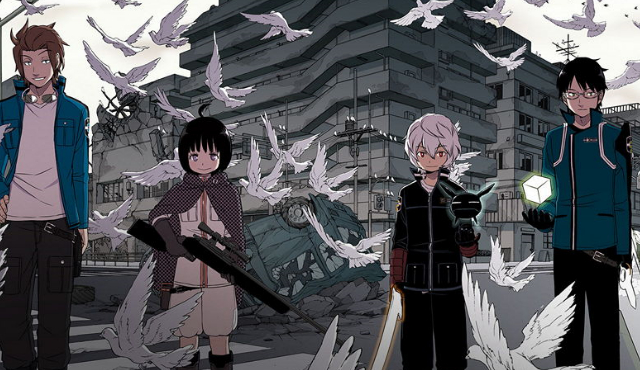 Every once in a while, there’s a shonen manga that breaks the usual tropes of a protagonist engaged in an endless cycle of training and fighting as stronger and stronger opponents appear.   The World Trigger manga from  Daisuke Ashihara was one such series.

However, Ashihara suffered a debilitating spinal column injury and the manga has been on hiatus since November 2016.

Toei Animation’s adaptation of the series was forced to end prematurely at the irregular number of 73 episodes as the anime got dangerously close to the most recent manga chapter. Back in 2014, Ashihara had surgery to treat cervical spondylosis but it seems as if there was a setback. 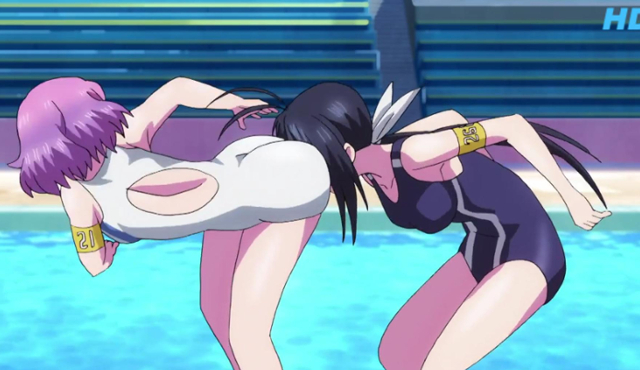 When news that the Keijo!!!!!!!! (yes, this series has 8 exclamation points!) was being canceled first surfaced, many fans pointed to the slow sales of the anime DVD and Blu-ray.  However, its creator,  Daichi Sorayomi, quickly revealed that he was told by  Weekly Shōnen Sunday editors that he should begin to wrap up the series well before the anime series even began its broadcast.

Sorayomi went on to reveal that the manga title was actually being canceled because he simply wasn’t skilled enough to keep a weekly title going.  He also revealed that there was tension between himself and his editors because his requests for more assistants went unfulfilled.  As a result, the manga was prematurely ended and the anime will never continue past its 12-episode first season. Here’s a tale of an unfinished property that has a bittersweet ending.  Light novel author  Noboru Yamaguchi (birth name  Hitachi, Ibaraki) disclosed in July 2011 that he had untreatable cancer and that its effects prevented him from continuing his work on The Familiar of Zero light novel series.

Nevertheless, Yamaguchi underwent several surgeries to treat his condition and fought on before finally succumbing to his affliction in April 2013.  At the time of his death, The Familiar of Zero light novel series was left unfinished and likewise, so was the anime adaptation from J.C. Staff (though it did receive a hasty, original ending).

In those two years, Yamaguchi left behind notes and dictated his direction to MF Bunko J editors from his sickbed so that another writer could finish the series and the final volume was released in February 2017.    Anime fans of the series are already clamoring for an anime adaptation of the new material.  Many of the tropes found in isekai anime were first introduced in The Familiar of Zero. Before  Satoshi Kon (Tokyo Godfathers, Perfect Blue, Millenium Actress) passed in 2010 after being diagnosed with pancreatic cancer.  When his condition was diagnosed as being terminal, he chose to seclude himself in his home, leaving the news of his passing to become a shocking revelation.  At the time of his death, Kon was working on a fantasy-adventure film titled Dreaming Machine.

Production came to a screeching halt after his passing with less than half of the film’s 1,500 shos completely animated.

He told a crowd at Otakon in 2017, “For 4~5 years, I kept searching for a suitable director to complete Kon’s work. Before his death, the storyboard and script, even part of the keyframe film was already completed. Then I thought, even if someone can mimic Kon’s work, it would still be clear that it’s only an imitation. For example, if Mamoru Hosoda took the director’s position, the completed Dreaming Machine would still be a good piece of work. However, it’s Hosoda’s movie, not Kon’s.”

“Dreaming Machine should be Kon’s movie, him and only him, not someone else’s. That means we cannot and should not “compromise” only to finish it. I spent years, finally reached this hard conclusion. Instead, we should take only Kon’s “original concept”, and let somebody turn it into a feature film. By doing so, the completed piece could 100% be that person’s work, and I’m OK with that. I also considered about doing a documentary of Kon.” Over the years, there have been countless adaptations and remakes of Shotaro Ishinomori’s 1964 manga series.  Considered the Stan Lee of Japan, Shotaro spearheaded the Super Sentai movement by creating Kamen Rider, Kikaider and several other sentai properties.  Ishinomori created 8 seminal arcs for the series but never created an actual conclusion before his death in 1998.

In 2012, Shogakukan’s Club Sunday published chapters online for a 5 volume finale titled Cyborg 009: Conclusion GOD’S WAR that was to be written by Shotaro’s son, Joe Onodera, and illustrated by two of Ishinomori’s former manga assistants.

The series was to be based on sketches and notes that Ishinomori had begun working on in 1997, however, there was a public outcry of sorts when it became known that Onodera had “punched up” his original vision to make it more dramatic with increased sexual imagery and gore.  To this day, Japanese fans refuse to accept God’s War as a true finale. Trinity Blood is a 12 volume light novel series from Sunao Yoshida with illustrated by Thores Shibamoto. An anime adaptation from Studio Gonzo became popular in the West after a 2006 run on Adult Swim and its current home on Netflix.  Sadly, like so many other creators on this list, Yoshida passed away in 2004 before completing Trinity Blood.

Yoshida’s good friend, Kentaro Yasui completed his work with aid from manga artist Kiyo Kyujyo, however, what Yoshida truly intended for the series remains a mystery. As a result of his passing, there are huge discrepancies between the original light novel, manga and anime adaptation.    Last November, the manga announced that it was finally entering its final arc so there’ s some chatter that an anime remake might be in the works. Nana is a beloved musical shojo anime that owes its start to a 2000 manga series from  Ai Yazawa.  However, (surprise) the manga series went on hiatus in June 2009 when it was revealed that Yazawa had contracted a mysterious illness.  There hasn’t been a new chapter in the manga in 8 years.

Despite the lack of material, the series remains as popular as ever, with two live-action film adaptations, a 47-episode anime adaptation from Studio Madhouse, several Nana-inspired albums and even a 2005 PS2 video game.

Over the years, Yazawa has expressed interest in resuming the manga but there’s been no tangible movement on the series’ continuation to date.