You know what they say, everyone loves a thug. Or is it everyone hates a thug? Well, whatever. Sometimes you just want to watch tough people act disrespectfully to authority. However, not all anime delinquents are assholes. In fact, most of them are just misunderstood and have their reasons for skipping school or acting violently. If you are looking for thuggish behavior in your anime, then give these anime recommendations a try. There is no finer story of thuggishness than GTO. It follows Onizuka, an ex-biker, who, after watching a student confess love to her ugly teacher, decides to become a teacher. His first class, however, are real problem children. After an incident with a previous teacher, they turned into delinquents, but who better to teach them than this silly but tough ex-biker. Think of Gokusen like a gender-swapped Great Teacher Onizuka. The teacher is the heir apparent to a Yakuza family. Her students are all delinquents. She can connect to them like no other teacher because she was literally raised around people like them. Technically, both main characters in Nisekoi are delinquents. I mean, they are actually good kids that go to school and act somewhat normal. However, as they are both the children of criminal gangs, delinquency runs in their veins. This romance series centers around a girl that is so focused on succeeding in school and life, she has gone cold. This ability to excel leads her teachers to have her try and convince a violent delinquent to come back to school. He instantly falls in love with her. As you soon learn, having a delinquent fall in love with you is like having a guard dog, but the show is more about discovery the truth of adolescent feelings of love. As a comedy series, there are a lot of reoccurring jokes in School Rumble, but none are more entertaining than a thug having himself a school boy crush on the main character who barely knows he exists. He desperately wants her to notice him, but at the same time goes to great lengths for his love to not be noticed. 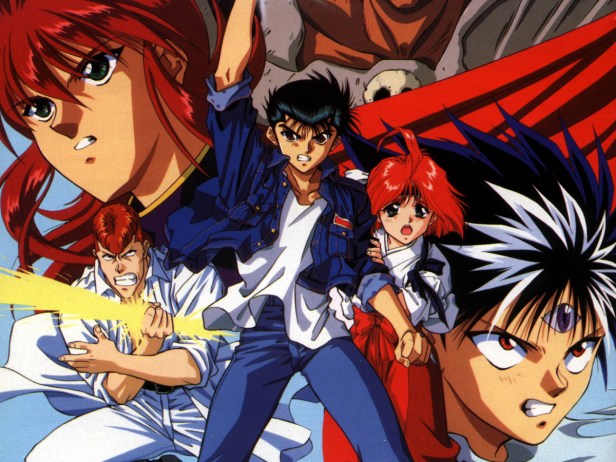 You would think that as popular as shounen fighting anime is, there would be more delinquent characters. Yusuke fighting demons and pretty much anyone makes sense because he was a delinquent. Violence is his only answer. Of course, Yu Yu Hakusho also shows that delinquents can have a heart of gold as well. Who better to take care of the spawn of the devil than a delinquent child that finds him by chance? This is another show where the entire high school is full of delinquent characters, and thus fights are pretty common. However, it isn’t just thugs, either. Demons get in on the fun too. Instead about being a misunderstood delinquent, D-Frag is about a guy that has fully embraced the will to be bad. He wants to take over the school with his gang. Unfortunately, he crossed the Game Development Club and that plan goes awry. As it turns out, girls can be bigger thugs than guys can. Of course, it is all just for laughs. While all of the girls in Clannad are normal(ish), both Tomoya and his friend Sunohara are technically delinquents. They skip school often and occasionally fight or get in trouble. However, as a drama show as much as it is a romance show, you discover that both these delinquents have their issues that cause the misbehavior. Midori Days explores the real problem with being a delinquent – you can’t get a girlfriend because all girls are scared of you. Of course, it explores that problem in a strange way – by replacing his punching fist with a miniature living girl attached at the wrist. It’s not as lewd as you think it is, instead being a comedy show instead of ecchi. 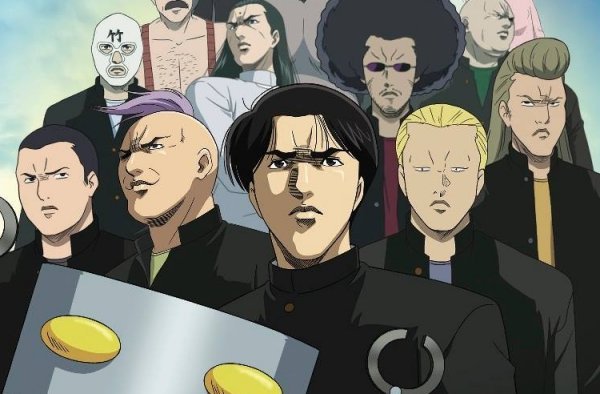 In Cromartie, the only character not a delinquent is in fact the main character. He enrolls himself in the most infamous school in the country which is basically just a place to put all your delinquents. However, this isn’t a drama show, it is all gag comedy. If you want classic representations of Japanese delinquency with a mixed bag of jokes and gags, it is a fine series. A lot of shows that feature delinquent characters all angle more towards the lighter, comedic side of things. However, there is very little light in Rainbow. Dark and dramatic, Rainbow is about thugs suffering under the inhumanities that one would find in a 1950’s prison in Japan. It’s bad, but can brotherhood se them through the torture? 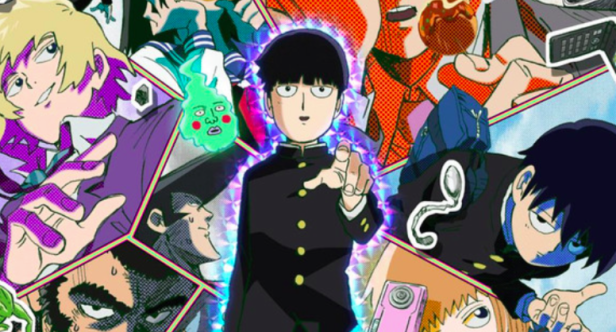 Mob is a slacker, but not quite a delinquent. However, he is surrounded by delinquents. They may want to mess with him, or even just befriend him in order to use his psychic powers for profit. There is some pretty impressive scum to be found, but actually Mob Psycho is rather charming in its animation and later story. The titular Sakamoto isn’t so much a delinquent so much as he is just kind of an asshole, but this show is often all about delinquents getting tripped up by a guy that is better than them. They try to mess with Sakamoto due to jealousy, but end up failing.

If you have more anime series that feature delinquents, then let fans know in the comments section below.