1. They know what it is to love something unconditionally

2. They are used to forgiving the people they love

The mangaka of Attack on Titan publicly spoiled the ending then said he won’t do that ending anymore (though now he doesn’t know where it’s going). But everyone is still watching and supporting, believing he can figure it out.

3. They are very good at worshipping things All we need now is a life size figure so we can feed it. “This voice actor has worked on 8 other shows I’ve watched and his birthday is May 3rd. “

5. They know how to budget 6. They know how to plan trips

“Hotel is booked, car is full of gas, and here is a bowl full of pocky and hi-chew. We’ll arrive at the anime convention in 3 hours and I have a playlist of anime openings from the last few seasons for us to listen to.” “Yes I’ve made armor from cardboard, spray-paint, and sheer determination.”

8. They see things through to the end

“This show is terrible but I’ve watched 2 episodes, I might as well finish all of them.” After they figure out what dere type you are, they have almost a 100% success rate 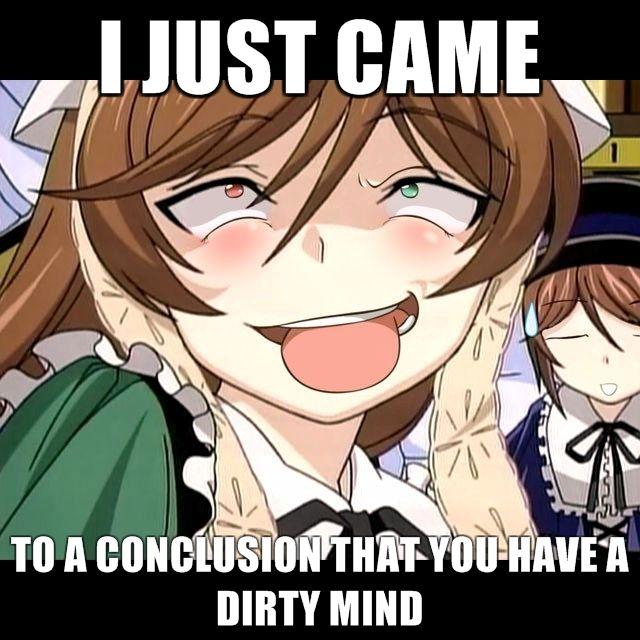 What does ahegao mean?

The Girl Who Leapt Through Time – Madhouse

“It’s a gigantic cliffhanger, the final battle, and my OTP might be getting together. I will go be productive for a week and not sit in a corner crying for next week to be right now.”

13. They embrace their feelings, even if they’re not all happy ones

14. They think romance is worthwhile

And have been studying the romance genre for years.

15. They do what makes them happy, even if other people don’t get it