Black hair – it is something you will see a lot of in anime because you will see a lot of it in Japan. Previously, we highlighted brown hair color as “the everyone” hair color, but while that is true in many anime series and throughout the world, black hair is traditional to Japan and Asia. While black hair color in anime does have some meaning to it, it doesn’t always carry that meaning as strongly as other hair colors because it is also an “everyone” color, meaning the character is an avatar for the audience.

As for the meaning of black hair, in most cases, it means the character is ordinary, or otherwise traditional. Black hair has always been common in anime because of how a Japanese audience can relate to the characters. Alternatively, black hair can denote a darkness in the character. Mysterious characters often come with black hair because it is not only dark, but it makes their personality more difficult to read. Finally, because it denotes a traditional standard of beauty in Japan, it can also be used for the popular yet unattainable “school idol” trope in women. You know, perfect but because of that perfection she is put on a pedestal.

So, who are our top picks for best characters with black hair? Sasuke, itachi, Madara – Take your pick, the Uchiha clan all have perfect pitch black hair. The Uchiha clan has always been big on tradition, if not for also being rebel scum. Furthermore, the amount of intrigue in the clan makes the black hair a perfect cover for the true personalities of those within it. As a series about assassins, when you see Akame on the poster, you expect her to be a certain sort of character. You know the kind – cold, emotionless, great at killing. However, it is the black hair that preserves the mystery of Akame and makes her true personality so surprising. She is supposed to be this dark, brooding assassin, but actually she is kind and also kind of complex in her world view. Kirito is the very much audience’s avatar in Sword Art Online, which is why he made his avatar look like him in real life instead of being a normal MMO player and making his avatar look as cool as possible. He is a scrawny guy with black hair to be relatable to the Japanese audience. He gets himself a harem, he does amazing things, and this is exactly how the audience wants their avatar to be.

Mikasa From Attack on Titan 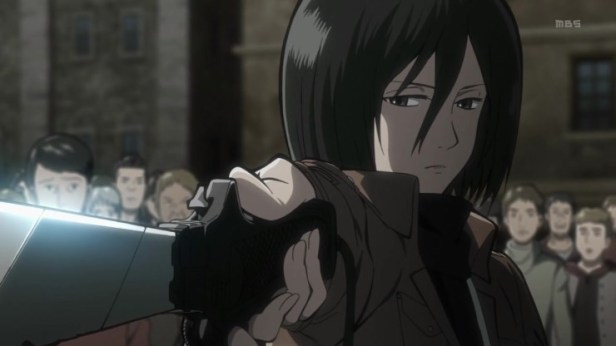 Mikasa as well as her relative Levi both have black hair in a sea for browns and blondes. You ever wonder why their characters are so popular? Yes, it is because they are both extremely badass, but it is also because they are the secret “every man” of the series. Their black hair makes it easier for Japanese fans to place themselves in their shoes, so to speak. Furthermore, as strong, silent, often work-focused characters, they are pretty relatable to traditional Japanese ideals. For as many silly moments as we see around Mustang, he is still a military man. Military men like Mustang need to be reserved and in control of their emotions. Despite being the flame alchemist, he is typically in control of his emotions because poor decisions can mean the lives of others are lost. While his character creation is more than just hair color choice, black hair fits him well.

Yaoyorozu from My Hero Academia There are a lot of eclectic characters in My Hero Academia, but Yaoyorozu is not necessarily one of them. She is more of that school idol type girl that we often see in anime series. Long black haired girls are seen as more traditional type girls, and Momo is the same. She is rich and well brought up with a bright future. However, unlike other characters of high breeding in other shows, they actually give her character flaws and growth, which is great.

Hak Son from Yona of the Dawn Hair color means a lot in Yona of the Dawn, not just from a character standpoint, but also to the plot as well. Hak Son doesn’t actually seem like his hair plays a role compared to Yona or the dragons, but it does. He is essentially the normal character in the show. He is not special, but he serves as a grounding element to the group as well as takes up a traditional role as protector. In Another, much of the plot surrounded Misaki and how mysterious she was. You kept watching to unravel the mystery surrounding her. In order to do that, they did a good old-fashioned thrown back to Japanese horror by giving her that pale skin and dark black hair to make her look more akin to Japanese horror tales. Of course, her black hair was all a red herring in that regard. Black Butler is an interesting case. It takes place in Victorian England, but follows two black-haired, non-Japanese characters. In this case, the black hair doesn’t denote Asian decent, but rather is about showing darkness and, in Sebastian’s case, mystery. He is a demon butler, you kind of want to stick around to see the how and why of it all not just in regards to his character, but his situation. Chitanda is not the first character you will find with long black hair and a very rich family. She’s not even the first on this list! It is a bit of stereotype in Japan that girls from rich families are more traditional and reserved because they have an image to maintain. Chitanda isn’t the wildest in Hyouka, but she is pretty lovable. Though her black hair is long, it is a little bit unkempt that shows her breaking out of the stereotype, but just a bit. One could argue that L’s black hair is just one more polar opposite to Light and his …light hair. However, it could also be said that it shows him immediately as a mysterious character, since you never quite know what he is thinking. However, to me, messy black hair, pale skin, and eye bags all show him as that quirky sort of detective. Consider all the other police detectives are the buttoned-up sort, it works well for his character and his eccentricities.

Kurumi from Date A Live Kurumi is a fun character because of her duality. In her spirit form, it is all blood thirst, sadism, and pig tails while in her human form she is the poster child for reserved, long black-haired girl. She can change so quick it can give you whiplash, but she fits the black hair in so many ways. Lelouch’s black hair is more indicative of his personality than it is of his nationality, as are many hair colors in the show. Despite being in Japan, it has a wide range of hair color, so Lelouch having black hair isn’t so out of place for a prince from abroad exiled to Japan. His hair really more speaks to his devious nature, similar to that of both of his ambitious parents. Yukino is pretty much what you think of when you see long black hair on an anime girl. She is cold, composed, and often seems emotionless. Ice queens are nothing without their trademark long hair. Essentially this was done to give her that school idol look. You know, a girl the school idolizes, but is pretty unattainable. 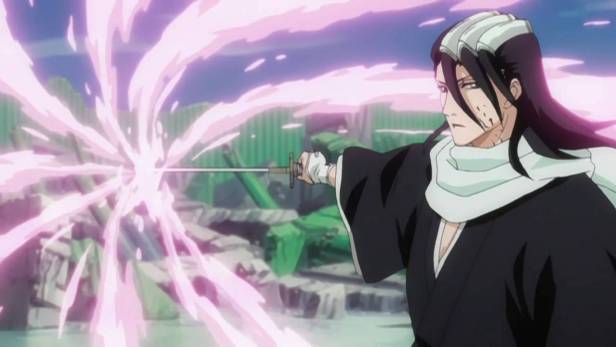 Byakuya is basically Shinigami royalty. His family is in high standing and is all about tradition. While black hair isn’t exactly unheard of in Soul Society, Byakuya’s black hair speaks to his loyalty to order and tradition rather than random chaos and strength. He is refined, and his hair color speaks to that. The whole “joke” in Kimi ni Todoke is that Sawako looks like Sadako from the ring. You know, the whole long black hair, silent and creepy thing. However, she is actually the kindest soul ever. This fits with black hair adding a bit of mystery, but also works to making her look like the traditionally normal school girl as well. This is further accented by her best friends that adapt more hip hair styles and colors.

Death the Kid from Soul Eater Death the Kid has a whole bunch of quirks, to be sure, but he is also one of the more traditional characters in the series. His obsession with symmetry keeps him from doing crazy things for fear that the order might be disrupted. Furthermore, as the son of the Grim Reaper, black hair is kind of part of the character design package. While Ai is the main character of Hell Girl, the focus isn’t always on her, she is merely a way to facilitate the stories that happen. As such, Ai needs to be a muted character, but one you want to watch. Black hair and her muted personality are a way of crafting her mystery. However, you will note that Ai is often painted as more traditional Japanese. Sometimes I suspect there is a folklore element I may be missing here. D Gray Man is very European, not just in its setting, but its characters. And yet, in a sea of foreign, there is Kanda, a very familiar looking character. It is an anime series so of course you need a traditional looking character that wields a katana as well as he swishes his long black hair. However, Kanda is also a deeply brooding character and his black hair lends to that as well. K-On is all about making the characters both cute, but unique. Mio is similar to the school idol trope that sometimes comes with black hair and girls in anime. Long black hair symbolizes a certain traditional values in women, such as being reserved and refined. While Mio certainly has the potential to be unrefined, her shy nature keeps her reigned in. Although, while quiet, she does do a great job supporting her friends, but that’s what the bassist always does.

Did we gloss over your favorite black-haired character? Let us know who they are and why they should be here in the comments section below.