With the arrival of Solo: A Star Wars Story, the Star Wars mania has made another return to our lives. Although the film didn’t perform as expected at the box office, the lovers of the galaxy far, far away are not disheartened. As is the norm with Star Wars fans, the film has received a mixed response and a lot of the unhappiness stems from the fact that the huge fanbase is upset about their theories and desired storylines getting neglected. There was a time a few years back when it was quite a good fortune to see three films hit the big screens in one decade, so we are not bothered about the movie’s weird moments yet. 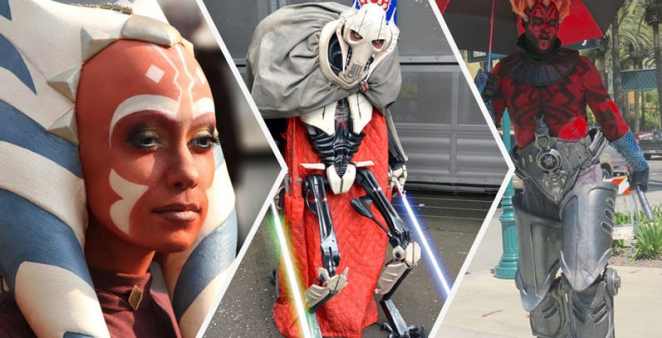 It doesn’t matter whether it be a numbered Episode or a standalone movie from Star Wars franchise, hordes of fans rushed to theaters dressed up as their favorite characters. While this is quite usual at conventions, but, we don’t need to travel across the galaxy at light’s speed to witness some incredibly creative costumes and extremely passionate fans. Ranging from the exquisite Princess Amidala costumes to the constant stream of Darth Vaders and Princess Leias, fans often leave no stone unturned as far as Star Wars is concerned.

As we mentioned above, it is not the real challenge to order a Darth Vader mask on Amazon and go around like Vader, but, when a fan takes the pain to create a customized costume, that’s special. There are guys who built a set of robotic legs to accompany their grand Darth Maul getup (which has now become highly relevant), to some of the others like one guy who actually created a huge, intricate General Grievous costume, and here we present to you 20 fantastic yet complicated Star Warscosplays! 13. Don’t Everybody Thank Me At Once! 11. We Will Crush The Resistance Once And For All! 7. I’ve Been Looking Forward To This For A Long Time 6. When Nine Hundred Years Old You Reach, Look As Good, You Will Not 2. These Are The Droids You’re Looking For