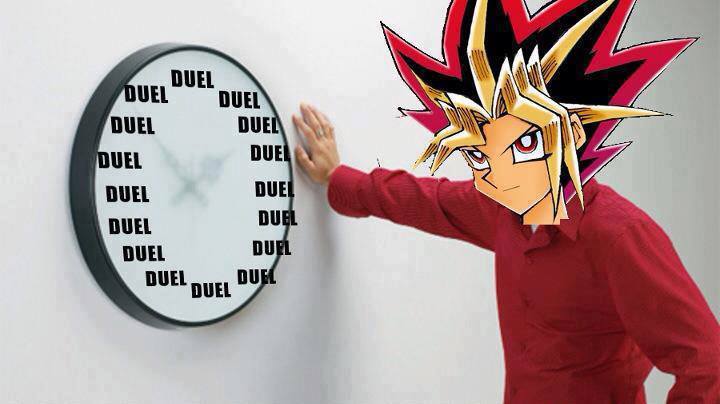 From poker to Magic: The Gathering, people have been playing card games since the dark ages where the internet was just a fever dream of a mad man. However, it can be said that those that play card games are a rather overshadowed aspect of the gaming community overall these days. In a similar vein, anime about card games is the same way. If you don’t play card games, you probably won’t like watching people play them no matter how action-y they make the series. So while there aren’t many recommendations for this, if a good creative card game or even just deck-building games like Dominion are your jam, here are some card game anime series for you to enjoy.

Note: I’m just going to put out there that almost all of these series have multiple incarnations. You know, same game, new main character, some sort of new hook, ect. So if you pick most from this list, you have a lot of different seasons to watch. Instead of being like Yugioh the anime, Cardfight is like Yugioh in real life on the playground. You had those kids that didn’t play ever, but still actively collected and traded cards. Main character Aichi is basically that. He has this one card he treasures a lot, but it gets stolen. So, although never playing the game in his life, he challenges the thief in order to win it back. This launches him into a whole world of card battles and getting better at card battles. Many of the series on this list are underwhelming at best or aimed at a younger audience. However, if you want a card game anime series, this is one of the lesser known, but most well done card game anime series out there. In Selector, a girl gets some WIXOSS cards from her brother in order to help her make new friends. However, she discovers she has a special ability that makes her a Selector. If she wins against other players, she can have a wish granted, but if she loses 3 times, those wishes become curses. It’s actually pretty high stakes and that just makes the card game more interesting. Considering, this isn’t a show obviously aimed at children, it is refreshing. Unlike other card series with monsters and flashy animation, Chihayafuru takes a much lower key approach. Karuta, an actual real card game, is about reading out the first line of a poem on a card, and then the other player must touch the card with the second line of the poem, and so on. It is, as you would expect, difficult if you don’t know you poetry. Though it may seem boring to an audience, it has a pretty touching slice of life story line to go with it too. 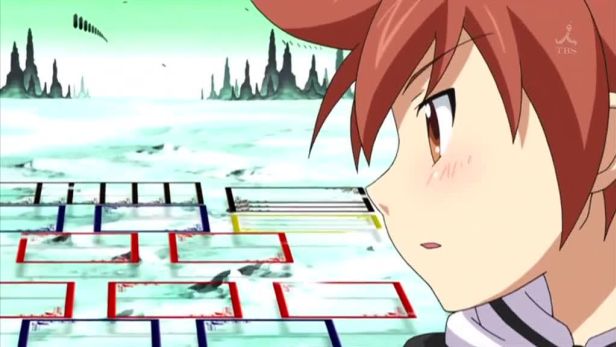 This is the card game anime for people who have places to be and ran out of new episodes of Yugioh Abridged. Each episode is only 2 minutes long, so they have to pack a bunch of stuff in, and that stuff is usually a card battle. Essentially two students get sucked into another dimension and conveniently have to play a card game from their world to get back. Of course, the non-player is the chosen one and his friend, a tournament veteran, has to teach him. It’s pretty bland as these things go, but compact card game action. Duel Masters is, if we are honest, basically a worse Yugioh. It’s about the son of a great Duel Masters player that wants to be as good as his father was. However, while everything from the game to the character design seems to be Yugioh, unlike Yugi, Shobu gets brought low by better card players often. However, while Yugioh is often carried by its players and over the top tournaments, Duel Master is definitely aimed at a younger audience that is easier to impress with super ugly card monsters and a rather basic plot of being the very best like no one ever was. Not enough pretty girls in your card game anime? Well, then this one is for you. Essentially, a retired card game player gets five mysterious cards that turn into intelligent virtual girls. So, of course, she decides to fight other people with these cards who also have them. The anime is a big old girl fight, but the character designs are interesting and the personalities are unique enough that you enjoy the characters. This series uses the card fight mechanic is a unique way. Essentially, creatures invade the human world from the 5 parallel worlds that are from different timeframes on the same world. Their goal is for one future timeline to destroy the other four so they can survive. In order to do so, you must use a card-based device to gain the upper hand. While the plot is pretty predictable, the battles are particularly flashy and well-animated. Furthermore, you can enjoy that it goes deeply into the back story of its characters rather than being one battle after another. Oh, yes. We saved the king of card games for last. While there are some series that do card games better, such as some WIXOSS series, for example, they have not gained as much fame as Yugioh has. This is due to no small part due to the popularity of the actual physical TCCG game that went along with it. However, to be fair, the original Yugioh series, not dubbed, is actually not a terrible anime to watch even if you dislike card games.

Do you have any more card game anime series that we have missed? Let the world know about them in the comments section below.