There was a day, likely very long ago, that someone was watching an idol in real life in Japan (something not so far off from the boy bands and girl bands of the 90s in the west), and they had an idea. They suddenly had an idea that they could transfer that loyalty and admiration of idol fans to an idol made of perfection – an idol given form in anime. Seeing how obsessive people can be over animated characters today, it is no wonder that anime idol series do quite well for themselves. This way, an idol can’t grow old, can’t disappoint you with marriage, and can’t quit. Perhaps it is best for all if the most popular idols are those in anime. If you enjoy your cute anime idols, for whatever reason, here are some excellent options. 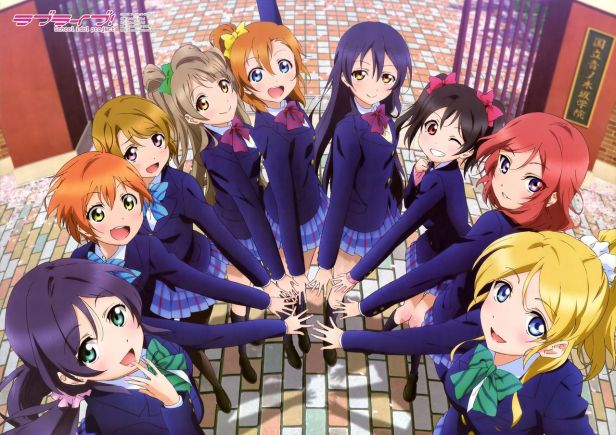 Although actually rather new, Love Live has become one of the most famous idol shows. Their goal was to stop their school from closing, which is as noble a cause as they come. However, what makes this series great is, of course, the nine girls and how unique each one is. Anyone can watch Love Live and each one will come out with a best girl from it. 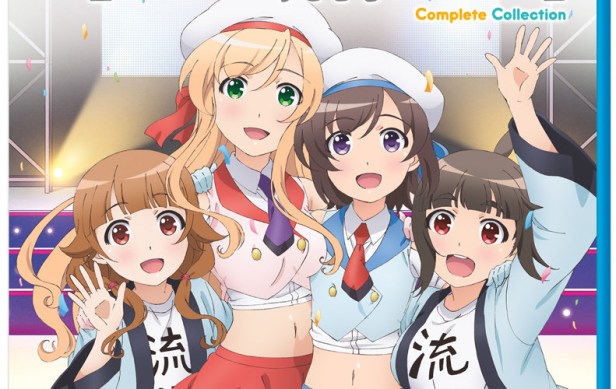 Typically, when you see idols, they always wanted to be idols. They knew they were pretty and they knew they could get up on stage. However, they are so much more endearing when they don’t want to be an idol, right? That is what Locodol is about. Nanako didn’t want to be an idol, but her uncle pushed her into it. Of course, you get to see her joys and failures since being an idol isn’t as simple as it seems. Like many other idol series, Wake Up, Girls starts with a familiar premise. The production company is on the verge of closing, so they take one last gamble at creating a new idol group. This one takes, but not without issues. Of all the other idol shows on here, this one remains one of the most realistic which is particularly refreshing considering all the glam that usually comes with idol anime.

How does one set a new idol series apart from every other one that came before it? The same way idol groups do in real life, you have to have that hook, man. In Zombieland Saga, the “hook” is that the girls are zombies and were harvested from across Japanese history. It’s more comedy than traditionally cute idol tropes, but it is wonderful. Alongside Love Live, IdolM@ster is probably the only series that can compete in popularity. That’s kind of ironic considering how IdolM@ster is all about competition. It is about many aspiring female idols in the same production company, but all of them want to be the very best like no one ever was. It’s full of beauty and success, but also drama and tears! This series tells the tale of a school that trains great idols. However, you can practice all day long and have the natural talent, but according to this show, the key to success is friendship. Yes, this is a power of friendship sort of show. Though I’m sure real idols would disagree on that being the key to success. Still, it maintains the bright and colorful illusion that fans of idols all want to believe. Macross is, most obviously, a mecha show. However, it is also very much a musical idol show too. However, that is far more obvious in Macross Frontier than any of the older series. It uses a lot of idols and more song than one would expect in a mech series. Not all shows are about female idols, but the large mass of them are. Uta no Prince-Sama is one of those rare shows about the world of male idols. It is very much also a reverse harem show, but as with any good reverse harem show, it has plenty of beautiful men to show off.

If you have more idol anime series that you enjoy, let other fans know in the comments section below.