Today we will be listing top 10 (18+) anime to watch, the anime usually airs after 10 PM at night when kids are asleep. These are Adult Anime That Are Strictly Targeted For 18+

Let’s begin without any further delay.

The story follows Issei Hyodo, a dim-witted, lecherous second-year high school student who is killed by a girl on his first date ever. Issei is reincarnated as a devil, and from that day forward, he serves as an underling of Rias Gremory, a high-level devil who is also the prettiest girl on Issei’s campus. Yuzu Aihara, a fashionable, spontaneous and fun-loving city-girl, transfers to a new neighborhood and high-school after the remarriage of her mother. More preoccupied with boys and shopping than studying, Yuzu struggles to fit in at the conservative girls’ school and frequently clashes with the student council—specifically Mei Aihara, the hard-working, beautiful but cold student council president. As it turns out, Mei happens to be Yuzu’s new step-sister and Yuzu finds herself having to share a bedroom with a girl she absolutely can’t stand. The series follows the evolution of the relationship between the two girls, with the animosity slowly lessening as the two begin to learn more about each other and confusion growing as Yuzu discovers that she is starting to develop romantic feelings for her new sibling. 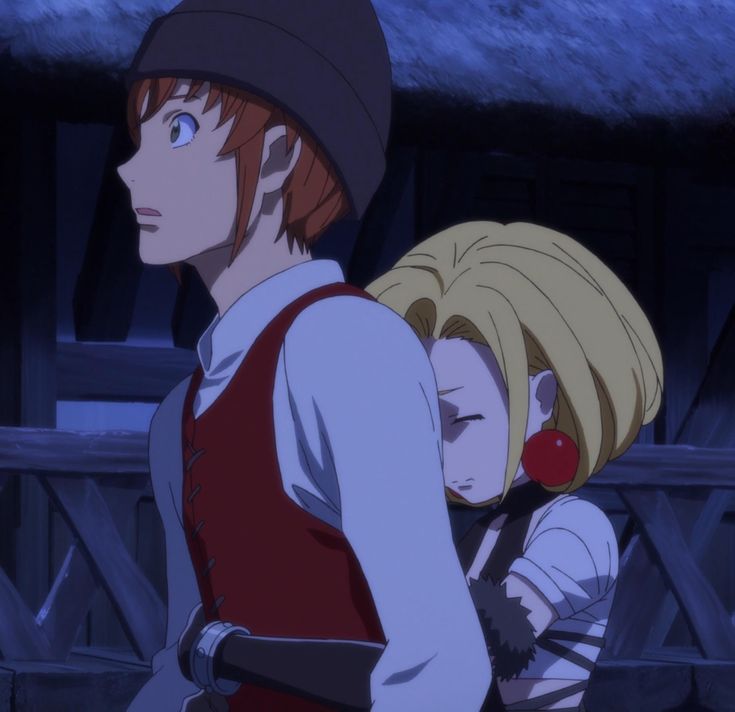 Set in France during the Hundred Years’ War, it follows Maria, who is one of the most powerful witches of her era. She intervenes against the warring nations by using her succubus and incubus familiars to manipulate the opposing factions, as well as large-scale illusions, all for the sake of helping the people and maintaining peace. As a result, she has gained the appreciation of several villagers and the hostility of the Church, which considers her a heretic. Yet Maria is still a virgin and her own familiars tease her about it. As news of her actions spreads, Archangel Michael focuses on Maria and rejects her interference in human affairs. After a direct confrontation, Michael ultimately decides that Maria will lose her magical powers if she loses her virginity and also forbids her from publicly using magic, sending an angel called Ezekiel to oversee this decree.

The story follows a group of five best friends, Aoi Miyamori, Ema Yasuhara, Shizuka Sakaki, Misa Tōdō, and Midori Imai, who all go into the anime industry after their experiences in the animation club of their high school, with the dream of working on an actual anime together one day. Ever since watching a magic show held by him and his wife Maeve, Makoto Shiranui has always admired Mamoru Hoshisato—a world-class magician, as well as friend of his parents—and came to Tokyo to become his apprentice. Kana, nicknamed Hatena, is the couple’s daughter and his childhood friend. As the hustle and bustle activities in Tokyo catches Makoto off guard such as burglaries by a beautiful thief, he depends on Hatena’s comforting side. When he came to Hoshisato’s now-haunted mansion to reunite with his childhood friend, he is greeted by the family’s butler and maid, Jeeves and Emma along with Hatena, only to discover that they are not as compatible anymore. Chisato Mizusawa is a reserved but excellent and pretty assistant manager in her company. She has a secret that only her husband Sora knows, which is that she likes drinking alcohol, and she can become very cute when she is drunk! Even tonight, she gets relaxed (with the phrase “Shifuku~”) and drunk with the cocktail Sora makes♥. It’s a “Yoidere (Drunken Dere)” cocktail comedy of Japan’s closest husband and wife. Love is blooming at Sakuragaoka High School. Natsuki Enomoto has finally mustered the courage to confess to her childhood friend, Yuu Setoguchi. However, in the final moments of her confession, an embarrassed Natsuki passes it off as a “practice confession.” Oblivious to her true feelings and struggling with his own, Yuu promises to support Natsuki in her quest for love. While Natsuki deals with her failed confession, fellow classmate Koyuki Ayase struggles with his own feelings for Natsuki. Despite his timidness, he is determined to win over her heart.Zutto Mae Kara Suki deshita.: Kokuhaku Jikkou Iinkai follows Natsuki as she dreams of one day ending her practices and genuinely confessing to Yuu. Meanwhile, close friends also find themselves entangled in their own webs of unrequited love and unspoken affections. Haruka Shinozaki confesses to beautiful, diligent class representative Akiho Kousaka. Kousaka takes dating as seriously as she does everything else, but does not quite get it. She pragmatically suggests activities that are too sexual. Queen’s Blade began life as a series of ecchi, fantasy-themed series. The first two TV series was released on home video in North America, while the 3rd TV series and the OAVs were released by Sentai Filmworks. The final hour of the popular virtual reality game Yggdrasil has come. However, Momonga, a powerful wizard and master of the dark guild Ainz Ooal Gown, decides to spend his last few moments in the game as the servers begin to shut down. To his surprise, despite the clock has struck midnight, Momonga is still fully conscious as his character and, moreover, the non-player characters appear to have developed personalities of their own!Confronted with this abnormal situation, Momonga commands his loyal servants to help him investigate and take control of this new world, with the hopes of figuring out what has caused this development and if there may be others in the same predicament.

Which series is your fav?