Insofar as you can say that a character in the Dragon Ball  universe can really “die” (Krillin has supposedly “died” so many times we’re suspicious he’s actually a Terminator) there have been a lot of major deaths in the franchise, and the large majority of those kills are, unsurprisingly, at the hands of the series’ primary protagonists.

Even though the series is ostensibly a kids’ show, the weighty subject matter, with battles often fought to determine whether or not entire worlds and/or solar systems will be blown up, basically demands that somebody’s gotta give up the ghost once in a while. But it’s hard to get a handle on the true extent of the carnage, given that every major death is typically punctuated by nine episodes of people yelling and grunting.

Now, though, we can finally get an at-a-glance picture of how many kills each hero in the series has racked up, thanks to these neat illustrations by DeviantArtist, Alberto Cubatas.

It’s not entirely clear what medium Cubatas used to put together these amazingly detailed pieces which emulate series creator Akira Toriyama’s art style to a T, but to our (admittedly untrained) eyes, it looks a hell of a lot like they’re hand-drawn and colored. So far, Cubatas has put together kill-count illustrations for series heroes Goku, Gohan, Vegeta, Piccolo, Yamcha, and Trunks: 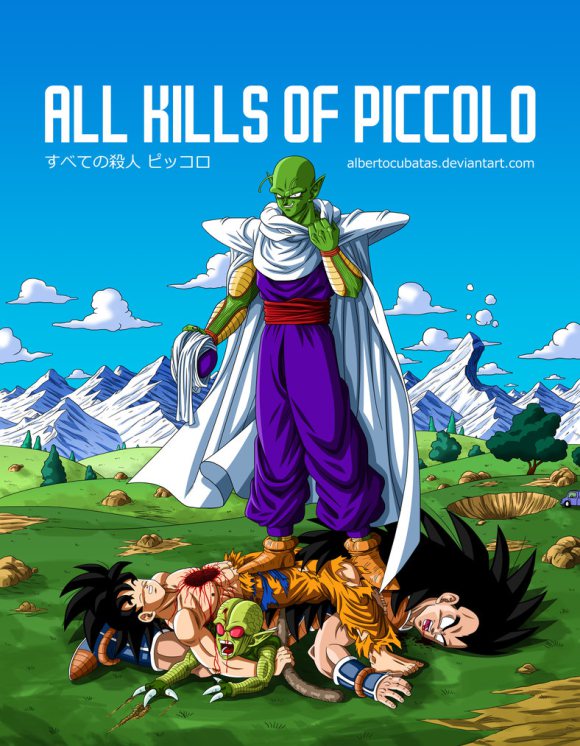 Now, I’m not going to even pretend that I know who most of these murdered villains are – which explains why, to me, Goku’s kills kind of just make him look like a serial animal abuser – but it’s clear that Cubatas has done a pretty exhaustive job of representing each character’s victories. Still, we’re well aware a lot of our readers are hardcore DBZ fans. If you notice Cubatas has missed a corpse or two, sound off in the comments section below.

Be sure to check out Alberto’s page over on DeviantArt.