When it comes to Boruto, it seems like anything is possible. The series acts as a sequel to Naruto, but fans of Masashi Kishimoto’s first franchise are not always ready for what Boruto has in store. So, it is very safe to say otakus were not expecting the new series to bring in lightsabers to the Naruto universe. 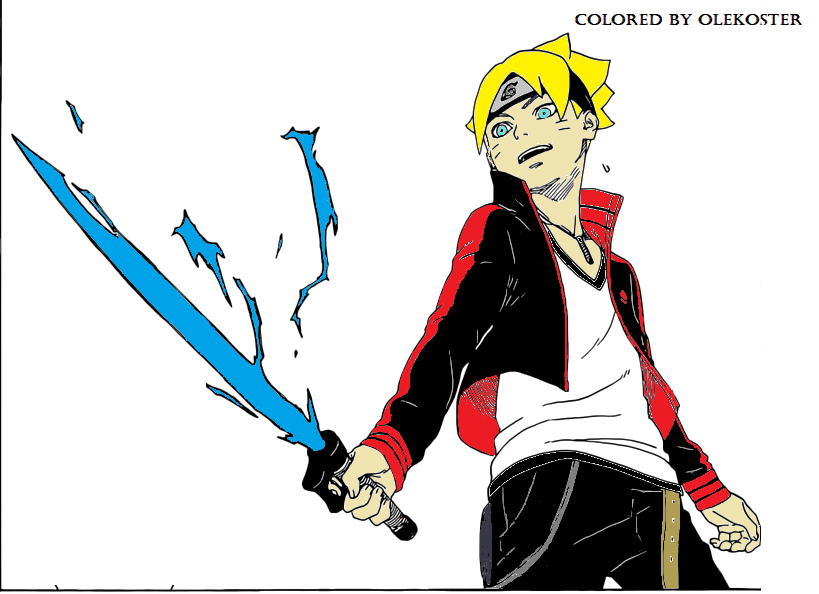 Yep, lightsabers exist in the Naruto universe now but of course, they’re not exactly the kind we see in the Star Wars universe. They’re not powered-up by kyber crystals. Instead, it’s a massive blade of chakra (pretty much the Force equivalent of Naruto franchise).

The latest chapter of Boruto follows Naruto’s son visited Konoha’s research center for scientific jutsu. Katasuke Tono, the head researcher for Konoha, tossed a sword hilt towards Boruto,and explained how it works. “You hold it like this,” the researcher told Boruto. “While pressing the white button with your thumb, use your index finger to press the trigger. It’s dangerous, so be careful with it.”

Of course, Boruto was able to activate it right away, showing a huge blade of chakra sprouting from the hilt, but Katasuke told him that Boruto is not advanced enough to wield it because the weapon consumes too much energy.