The official website of the upcoming TV anime adaptation of Fujino Oomori and Suzuhito Yasuda’s Dungeon ni Deai wo Motomeru no wa Machigatteiru no Darou ka? (Is It Wrong to Try to Pick Up Girls in a Dungeon?) light novel series has revealed that the anime will be airing from April 2015. The cast, production staff, character designs, a new visual and the first promotional video were also revealed. 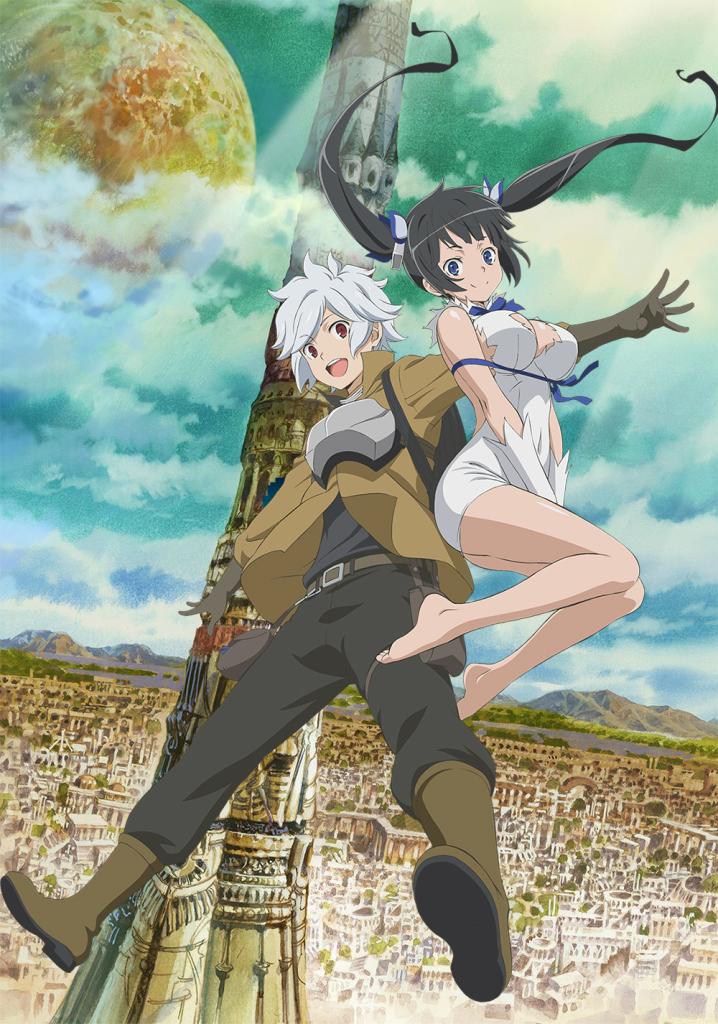 The anime’s website has revealed the main cast members and the character designs of the anime. The main cast are as follows: The staff that will be producing the anime were also revealed and includes:

The first promotional video for the DanMachi anime was released at Comiket 87, which introduces the series’ world and main characters.

Dungeon ni Deai wo Motomeru no wa Machigatteiru no Darou ka? (Is It Wrong to Try to Pick Up Girls in a Dungeon?) is a light novel series written by Fujino Oomori and illustrated by Suzuhito Yasuda. The series began in 2013 under SB Creative’s GA Bunko light novel imprint. To date a total of 5 compiled volumes have been published and have collectively sold over 500,000 copies in Japan. A total of three manga adaptations have been released based on the series.

Here is a synopsis of the series:

The story takes place in the town of labyrinths, Orario, also called “Dungeon.” Vel Clanel is a newbie adventurer that admires “Having a fateful meeting with a person of the opposite gender.” One day during an adventure, he is attacked by a Minotaur. Close to destruction, he is saved by a top-class female adventurer, Eyes Warenstein. He falls in love with her at first sight, and begins actions to become an adventurer that is on her level. He later encounters Hestia, a god called a “Lolita god” due to her stature who falls in love with him. The Dungeon ni Deai wo Motomeru no wa Machigatteiru no Darou ka? anime adaptation will be airing from next April during the Spring 2015 anime season. Further information about the series will be revealed soon.

Chinese fan-produced anime poster is crammed with heroes: we lose count at 115