Despite what some people might think, animation is not, and never has been, “just kids’ stuff.” Many adults around the world enjoy watching animated works, and Japanese anime in particular has raised the genre to an art form, with many masterpieces crafted to elicit raw human emotion in viewers while dealing with a multitude of adult themes. In other words, there are plenty of animated works of art out there that aren’t just for quieting crying children.

Some animators spend their lives crafting these sophisticated animations, but every now and then a work comes along that far surpasses even the highest expectations of quality. In their latest video, CineFix decided to pay tribute to ten such animated films whose visuals are so far ahead of the game that they deserve special recognition. The list features movies released between 1926 and 2014, but can you guess what they are?

Watch CineFix’s compilation video directly below, then scroll down for a list of their top ten picks and accompanying movie trailers.

【Top 10 Most Beautiful Animated Movies of All Time】

2. Legend of the Guardians: The Owls of Ga’Hoole (2010, United States/Australia)

To be honest, we’re a bit surprised that more of Japan’s Studio Ghibli films weren’t on the list, when works such as Spirited Away or Arrietty boast some of the lushest visuals around. It’s also incredibly hard to compare traditionally hand-drawn works with CGI or even stop-motion films, and with such a subjective topic to begin with, we’re sure everyone on the planet will have their own unique list.

Which other films should be on the list in your personal opinion? 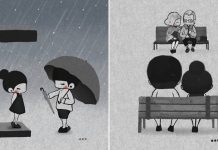