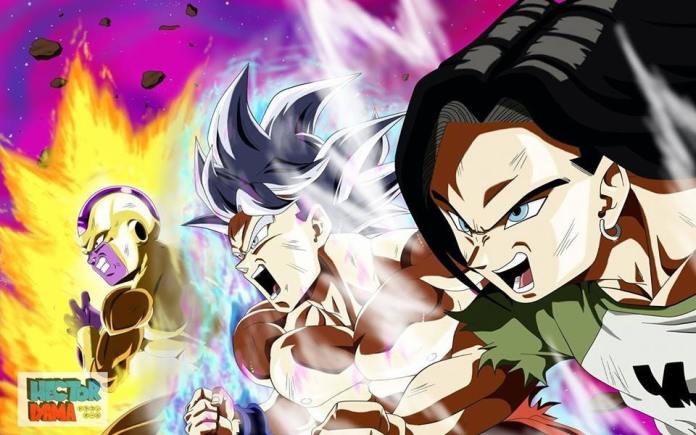 Howdy, everyone, This week was full of News about the DBS movie and the new Dragon Ball Legends Game, these are the Dragon Ball Super Episode 131 New Spoilers.

Today major Commentaries by Dragon Ball Super Voice artists were released, we would be showing you the ones which look important in spoiler point of view.

Voice of Roshi: “It’s the final episode at last…Jiren sure is strong…! But I think the highlight will be seeing just how Jiren gets taken down.”

All other majority voices have said that Dragon Ball isn’t ending. The TV anime may end, but there’s still the movie and games. And there will be a shocking climax! This is an old image of 131 which was leaked earlier. It clearly states that Goku is out of power thanks to the continuous drainage of stamina due to perfect Ultra Instinct. Freeza is wounded and drained too, let’s see will he be able to win? Will 17 fall down by the attack’s impact on the barrier he will create to protect Freeza? Freeza will go out of stamina too due to high energy drainage from the Golden Form. DBS 131 Jump Preview Spoilers- The Battle of Goku and his friends finally reaches its conclusion! Which universe came out victorious?!

The battle that put the universes on the line finally reaches its climax! Against Jiren, who is well-known as the strongest man, Goku’s powers fall short.

This week’s Frieza: Frieza who had previously disappeared?! Even though he’s covered in wounds, Frieza aims for his revival! Will he be able to defeat Jiren whom not even Goku could manage to!? Also, who will be the MVP…? The gods gaze in excitement at the battle between Universe 7 and Universe 11.

The time has finally come to settle things. Only 30 seconds remain. Will Goku and the others of Universe 7 cause a miracle, or will it be Jiren’s Universe 11? And what wish will the victor have granted with the Super Dragon Balls?

Manga is going to see some developments different from the Anime, so please don’t miss it!