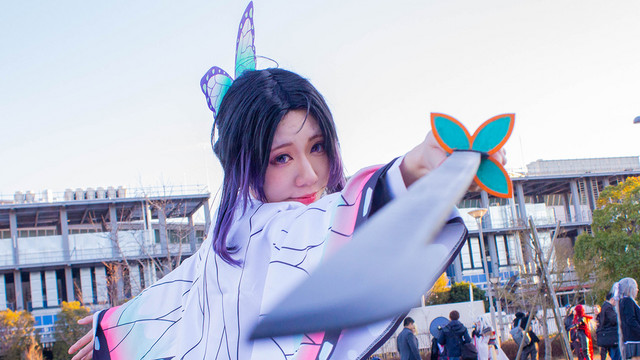 With cosplay becoming more and more popular, and more people earning money for their cosplays, the Japanese government has decided to look into new rules to regulate copyright disputes between cosplayers and IP owners. The government is hoping to integrate the rules inside their Cool Japan strategy and promote cosplay overseas with anime fans in a “positive way.”

According to research by the Japanese government, the current regulation between cosplayers and copyright law is muddy, with no laws in place to protect both the cosplayer and the copyright holder. At the moment, if a cosplayer is participating as a hobby, without making any money, there are no laws being broken. But if those images get posted online through social media, or are selling the images and making money, there’s an argument to be made that the cosplayer could be breaking Japan’s copyright laws.

At the moment, it’s hard for Japanese cosplayers to contact original creators to gain permission to cosplay their characters. One just proposition from a member of the House of Councillors, Taro Yamada, is for a database of copyright holders that can be accessed by cosplayers to obtain permission.

The Japanese government is looking at ways regulations could be codified without ruining cosplay culture. Japan’s Minister of State Shinji Inoue, who has Cool Japan in his portfolio, was sure that harsh regulations were “not a good idea”, and that the government is currently talking with copyright holders, as well as top Japanese cosplayers, to hash out a plan that benefits everyone. Cool Japan ambassador and Japan’s top cosplayer Enako is involved with these discussions. While at the moment there has been no laws or amendment proposed to current Japanese copyright laws or any overseas laws, but the current ruling party of Japan is expecting that cases could arise in the future that may test current laws and want to get ahead of them.