The Beasts Pirates are an infamous and powerful pirate crew led by Kaido of the Yonko. 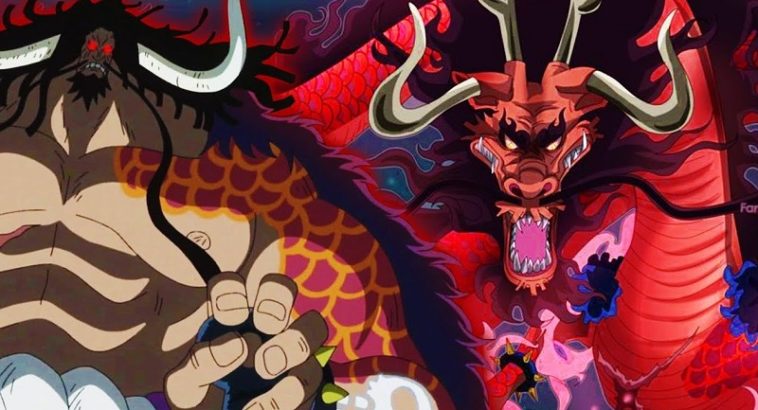 Similar with the Donquixote Pirates and the Big Mom Pirates, the Beasts Pirates’ hierarchy includes captain (dubbed “General”), executive officers, normal officers, and a bunch of rank-and-file members. The crew is massive in number with Kaido himself, several All-Stars, many Headliners, and an unknown number of Gifters and Pleasures, and over 500 SMILE users. 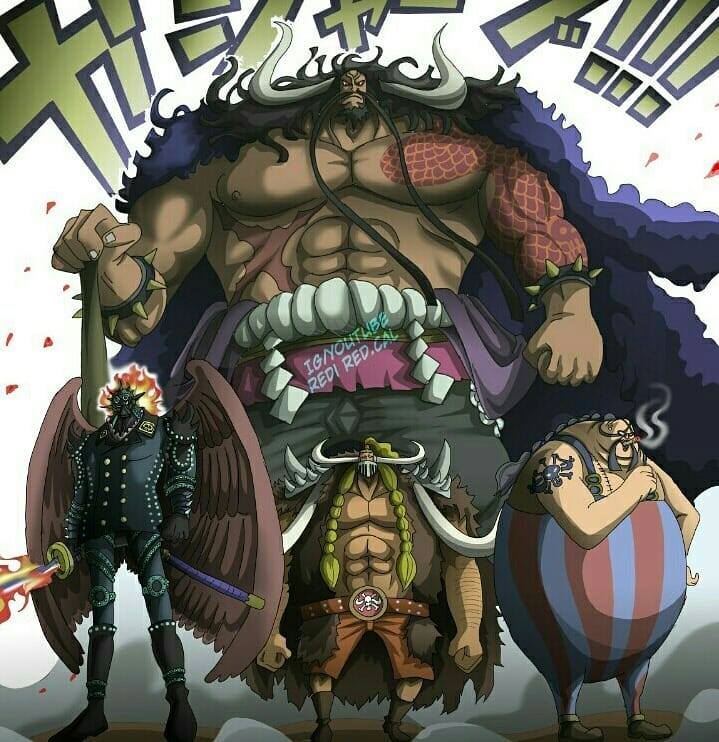 There are those in the Beasts Pirates with the rank known as the All-Stars who are the executive officers, having the highest authority, reverence, and fighting prowess second only to Kaido. Three of them are Kaido’s right-hand men known as the Disasters, consisting of Jack the Drought, Queen the Pague and King the Wildfire, who could also imply they are the strongest.

The Beasts Pirates have Headliners who are high-ranking officers who answer to the All-Stars and Kaido directly. Headliners are typically the highest crew authorities in Wano towns that high-class officials reside in (other than the Flower Capital), and so are usually the ones to address smaller-scale issues happening nearby.

The Gifters are the crew’s elite infantry, consisting of Artificial Devil Fruit users led by the Headliner Sheepshead. They were created through the use of SMILEs. With the defeat of Doflamingo and Caesar’s capture, however, Kaido’s attempt at building up a giant army of Gifters was brought to an abrupt end. 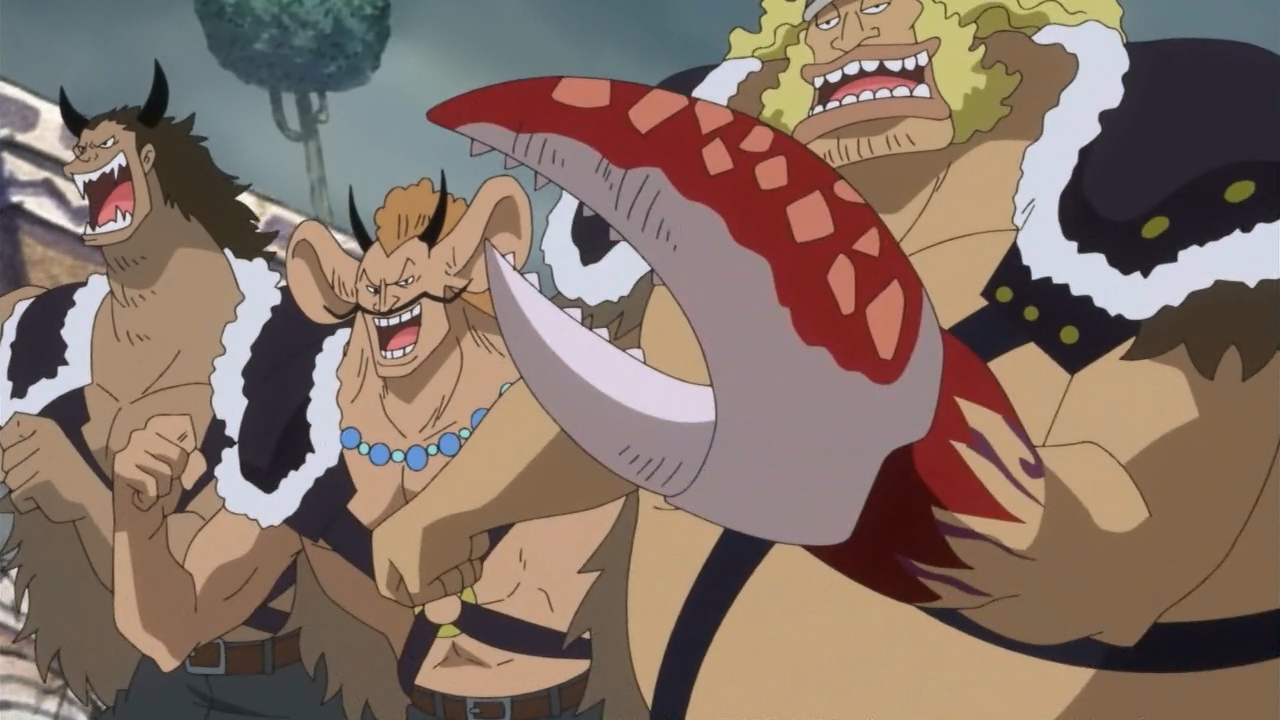 The Pleasures are the crew’s foot soldiers who do not appear to have any animal traits. They serve as patrolling scouts in Wano Country. 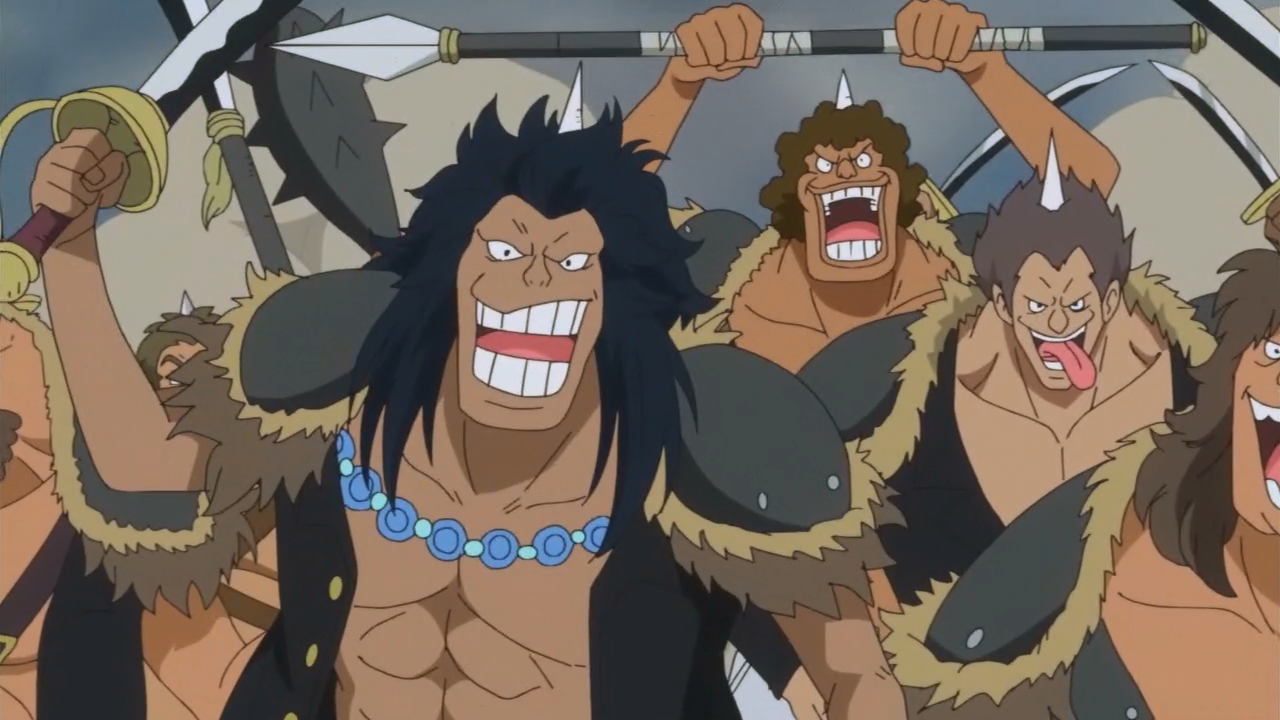