The next generation of Naruto manga is almost here! In the combined 21st and 22nd issue of Shuiesha’s Weekly Shonen Jump, debuting April 25 officially, is a one-shot manga on Mitsuki – the son of Orochimaru and teammate to Boruto Uzumaki and Sarada Uchiha. The manga will be written and drawn by Naruto creator Masashi Kishimoto and titled “Naruto Gaiden: The Road Illuminated by the Full Moon”. It will take place before Kishimoto-sensei’s 10-chapter “Naruto Gaiden: The Seventh Hokage and the Scarlet Spring” manga, which was released last year. In the first two scans below, it’s teased this one-shot Mitsuki manga will be 45 pages long and it’s implied in a teasing fashion that Mitsuki will go down a road to take part in a dangerous S-rank mission. 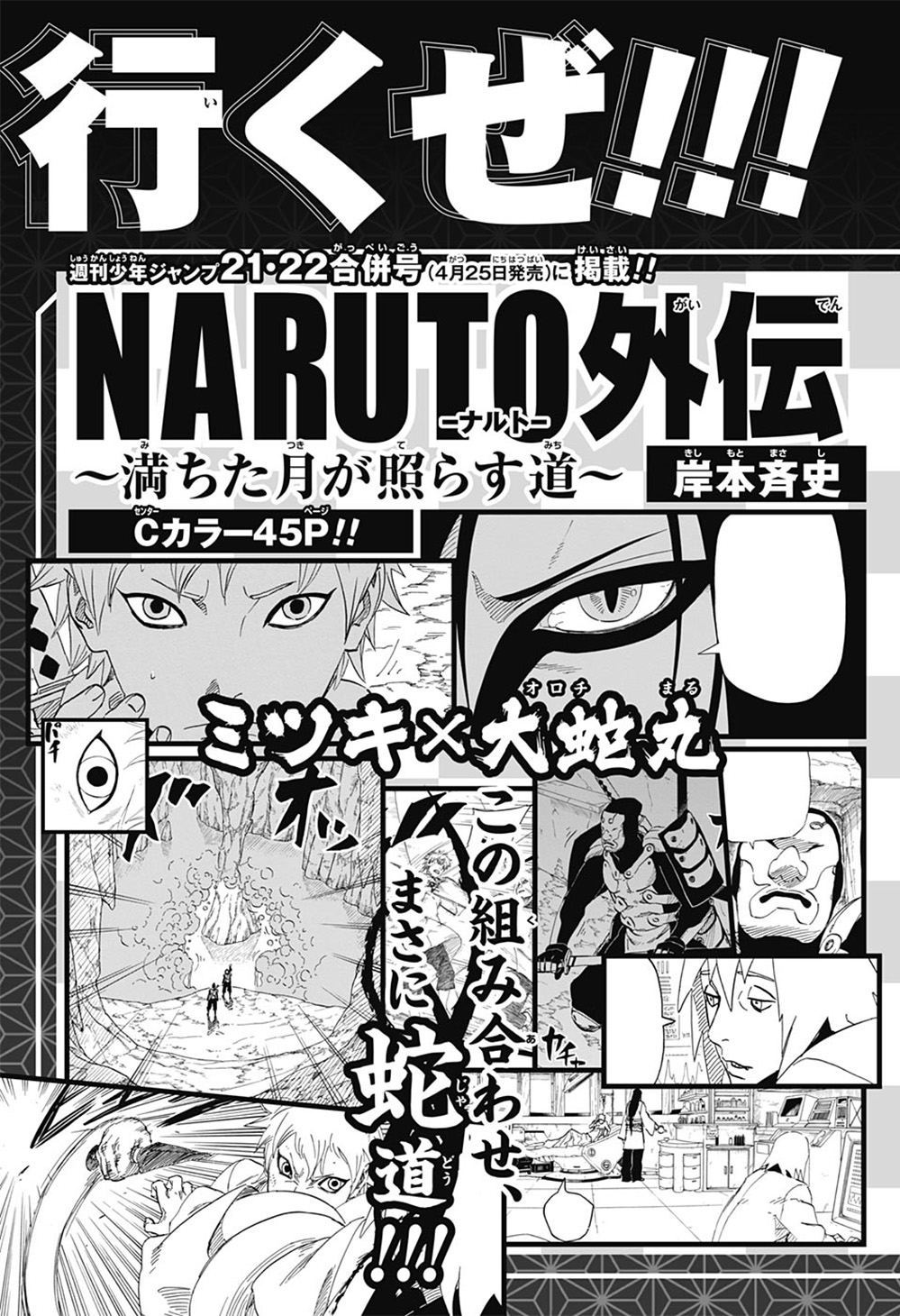 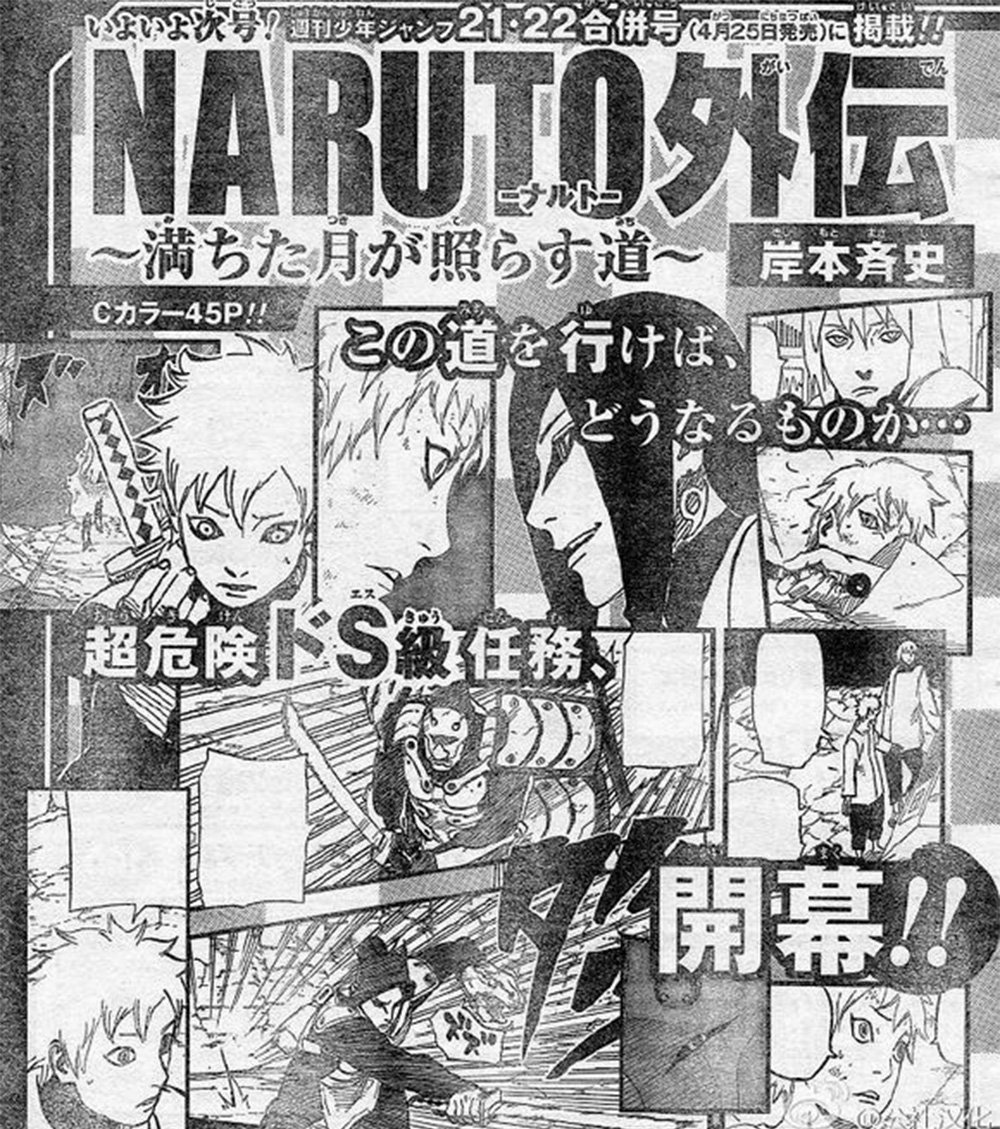 Below are two pages to preview the Mitsuki manga. The first page (labeled 4) has Orochimaru telling a seemingly sickly Mitsuki that he should be alright since he’s drank “the medicine”. In the manga panel that shows an empty cup, Orochimaru adds that it’ll be good if Mitsuki drinks another cup. It seems Mitsuki tries to drink more, but is unable to. Suigetsu just watches what’s happening. On the second page (labeled 8), from our understanding at Saiyan Island, it looks like Suigetsu is attacking Mitsuki. What’s the reason for that? We aren’t sure so we’ll have to read the manga to find out! 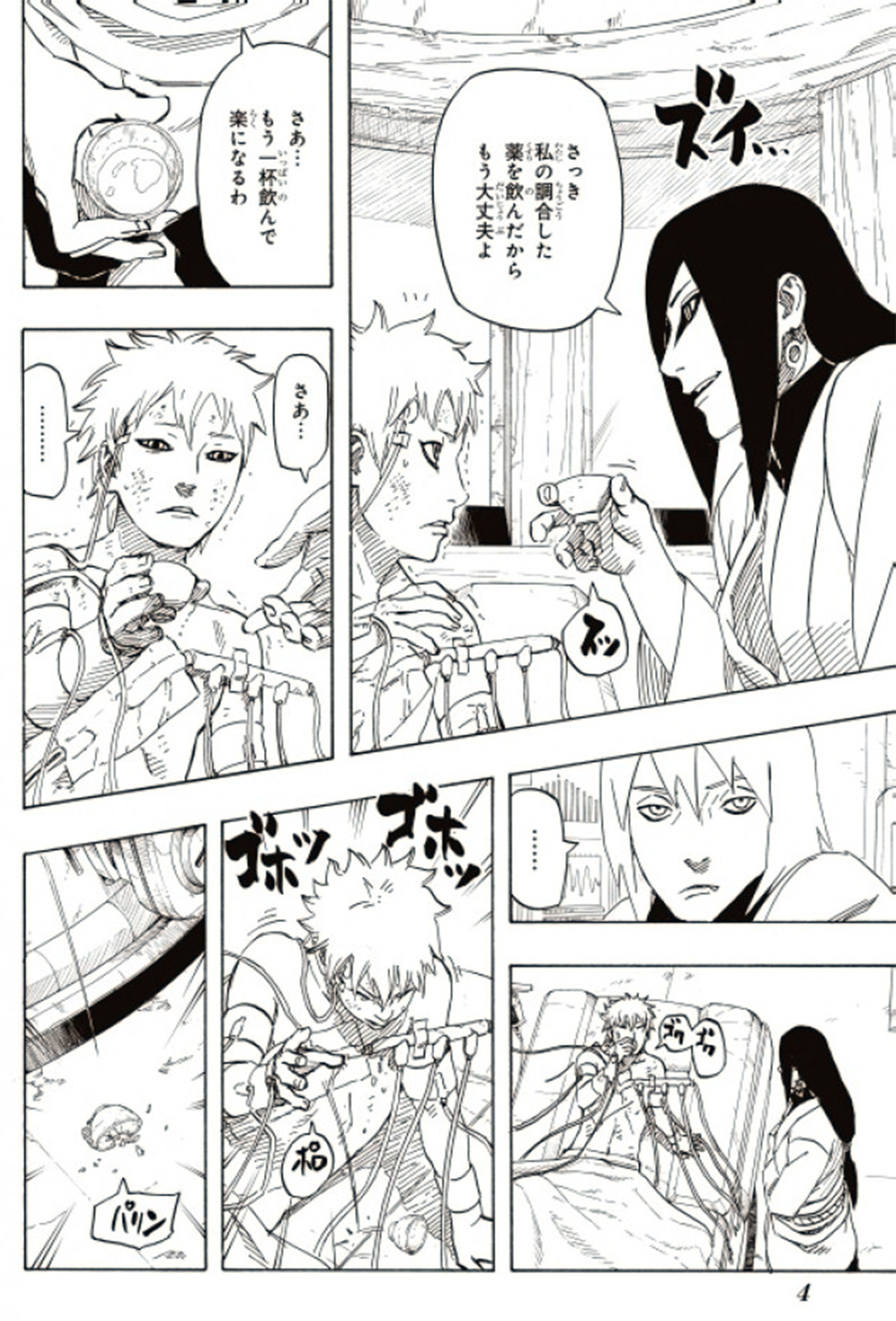 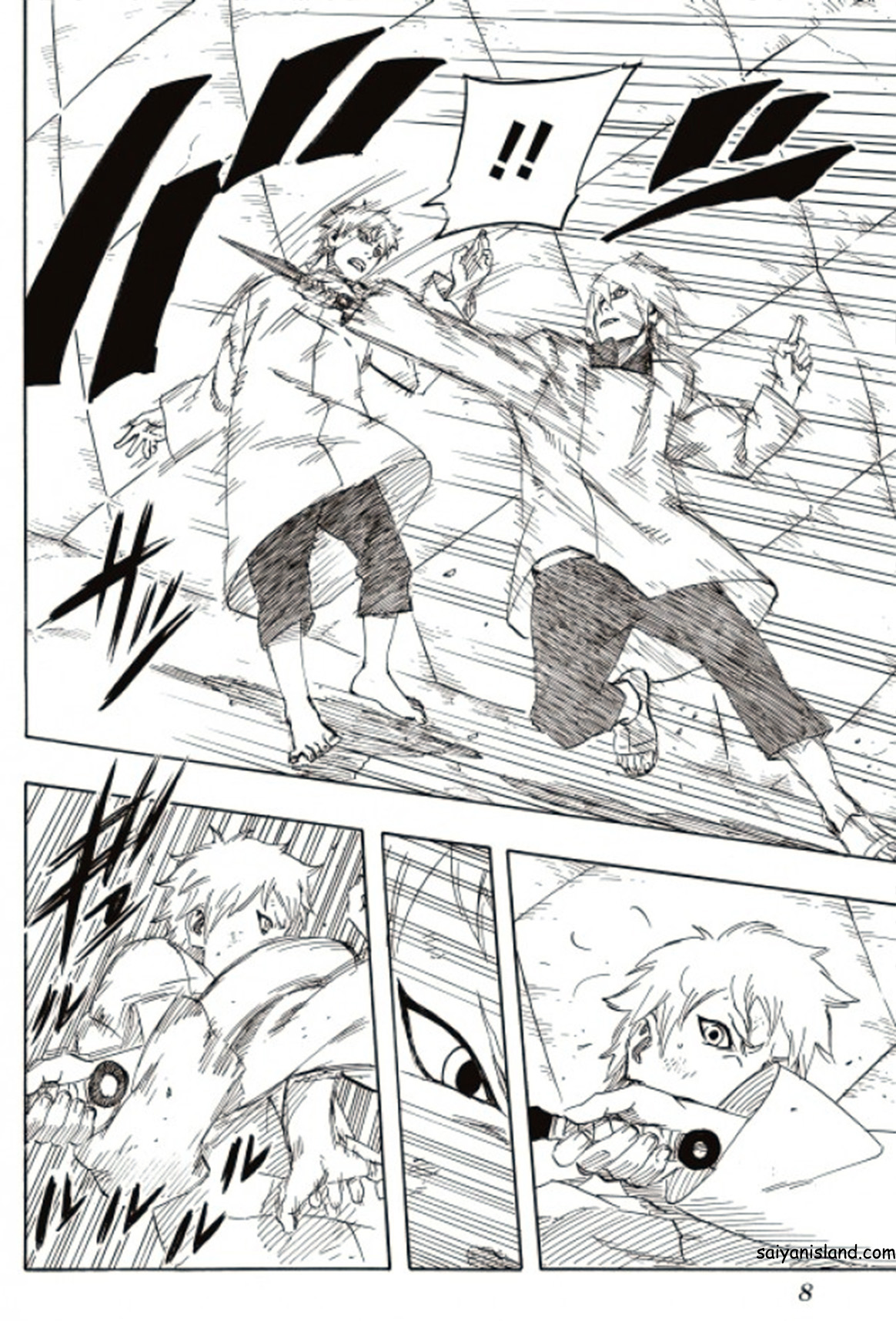 Following the one-shot Mitsuki manga two weeks later will be BORUTO, a spin-off of NARUTO. It will be making its way as a monthly manga in Shuiesha’s Weekly Shonen Jump magazine starting May 9, 2016. Naruto creator Masashi Kishimoto will serve as a supervisor for the manga. Art will be drawn by Mikie Ikemoto, an assistant of Kishimoto-sensei when he was working on Naruto and written by Ukyō Kodachi, who wrote the screenplay for Boruto: Naruto the Movie. The story for BORUTO is expected to take place after Boruto: Naruto the Movie. The manga will be black-and-white, as manga usually is, but it will have a colored cover to kick-off. Sarada will have a new outfit (as shown in the thumbnail for this post) and it seems like Sasuke has a new hairstyle.