Devil Fruits have always been a charm for the One Piece world. However, they do have a fatal weakness, which is any users of Devil Fruit will make them unable to swim, and in the pirate’s world sailing the grand sea, that looks like the ultimate irony. While the story highlights many Devil fruit users, non-users also play a critical role in shaping the One Piece world.

I won’t be adding Gol D. Roger and Dragon to this list because there is a lot of consideration that these guys have Devil Fruits or not.
So I’m leaving them out until things are cleared up. 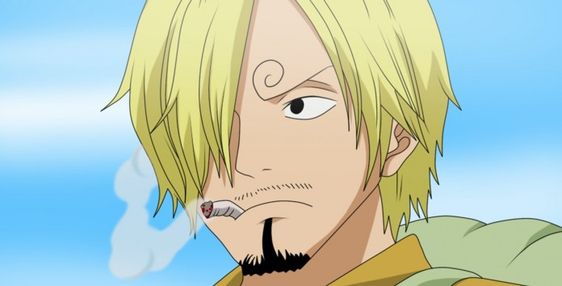 Let’s remember that Sanji’s primary role in the crew is a cook and that he is the one member who has no weapon and no devil fruit. Yet he is completely badass! That makes him more exciting than any other in my opinion.
I believe that he deserves this place, Many underestimate Sanji, but he is powerful. 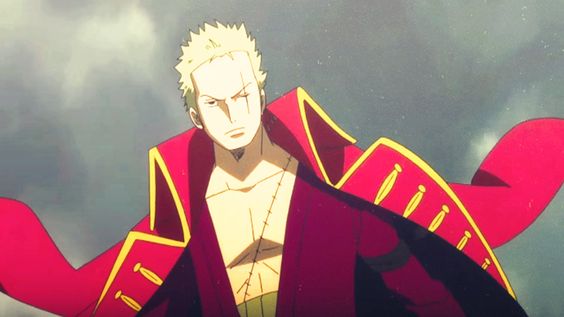 Zoro is incredibly strong when it comes to the Santoryu and is working his way to becoming stronger than Mihawk. Thanks to training with Mihawk during the time-skip, Zoro is capable of using Armament Haki and can fight with other strong opponents such as Pica of the Donquixote Pirates.
I just can’t wait for Wano arc to see his full power.

Vista is the mightiest swordsman in the Whitebeard Pirates. He has his individual style of combat, which had earned him the name “Flower Sword.” Further, He fought Mihawk like it was easy and deflected good attacks. 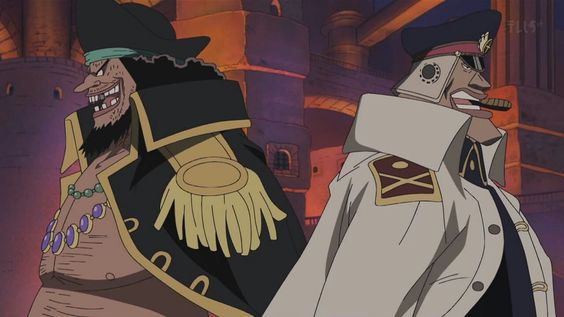 His strength is said to be equal to the Chief Warden Magellan.
Magellan himself considered Shiliew to be such a powerful threat that he had Shiliew held in Level 6 where merely the most powerful and dangerous criminals are placed.
After the time-skip, he has become one of the Ten Titanic Captains of the Blackbeard Pirates that personally guard the Blackbeard. 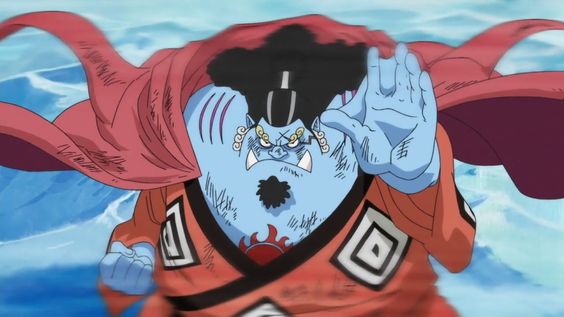 A former member of the Seven Shichibukai, Jinbei is now worth more than 400 million bellies after he resigned from the Shichibukai.
His natural strength, mastery of the Fishman Karate and water manipulation, made him simply beat many Devil Fruit users. 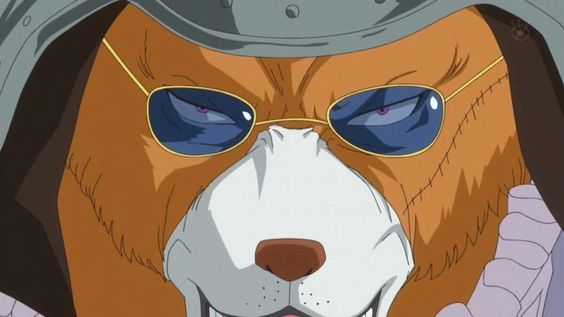 Inuarashi was once aboard the Gol D. Roger’s ship. He is an extremely powerful Mink, who even succeeded to match Jack the drought in the fight.
Recently, we saw Carrot’s Su Long form; I think he is very powerful at the full moon. 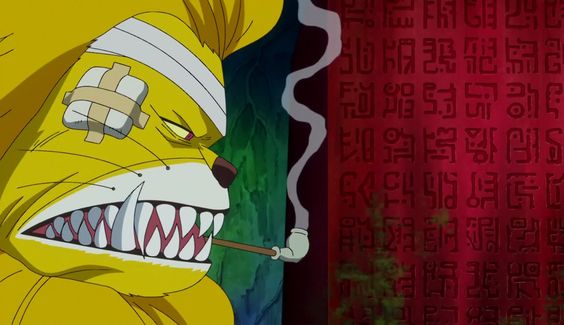 Nekomamushi is a mink, similar to Inuarashi, and was also aboard the Pirate King’s ship. He’s an equal to Inuarashi in strength. He also fought and indeed overwhelmed Jack for a while.

Benn Beckman is the first mate of the Red Hair Pirates. He made his first debut with Shanks, at Foosha Village. Benn Beckman holds the highest IQ in East Blue and is undoubtedly strong enough to fight an admiral on his own. 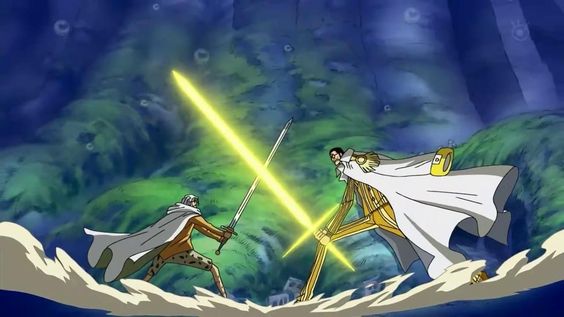 Rayleigh, at first sight, appears to be a typical old man until he unleashed his Conquerors Haki. That right there shows he is powerful and once you hear that he was the vice-captain of the Roger Pirates, you can tell he is super strong.
A highly skilled user of all three types of Haki – Kenbunshoku, Busoshoku, and Haoshoku, he was fighting on par with Admiral Kizaru despite his age. One can only guess when he was younger. 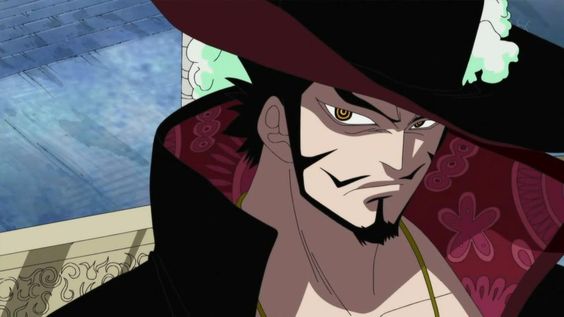 The man that has gained the title of “The World’s Greatest Swordsmen.” Mihawk is an extremely formidable swordsman.
Mihawk was able to match Shanks in battles they had. However, after Shanks lost his left arm, Mihawk lost interest in fighting Shanks but remains somewhat good friends with him.
Zoro admitted that even at his new level, he was still nowhere near to Mihawk’s skills. 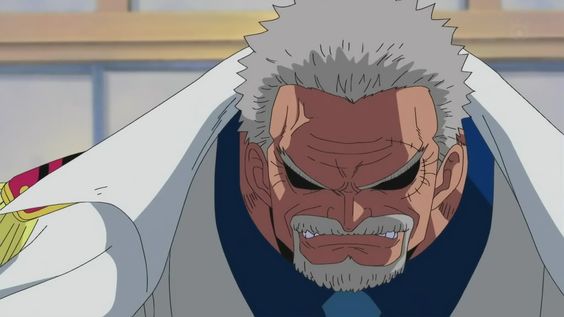 Garp is a marine vice admiral; he had the qualities to become an admiral despite not holding any Devil Fruit powers. But, he turned down this saying he doesn’t need a unique position which is respectable.
Another testament to his strength is that, earlier in his life, he was able to corner Gol D. Roger more times than anyone. This apparently makes him one of the strongest the marines have to offer in the series. 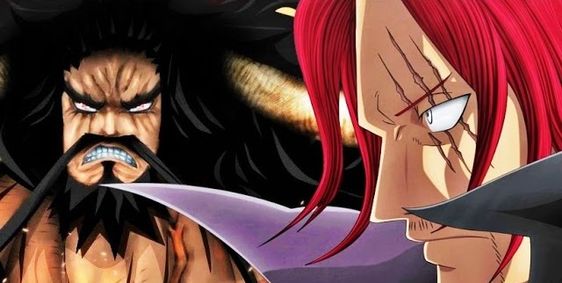 Shanks’ full fighting potential hasn’t been shown yet, but there is a lot of hints that indicates Shanks is an extremely powerful individual.He also clashed evenly with Yonko Whitebeard, and even fought another Yonko, Kaido, and arrived at Marineford without any injury on him.Blackbeard, who had the powers of two strongest Devil Fruits chose not to battle Shanks saying “he is not powerful enough to fight him yet.” That right there makes Shanks a force to be reckoned with and undoubtedly one of the strongest guys in one piece without Devil Fruits.