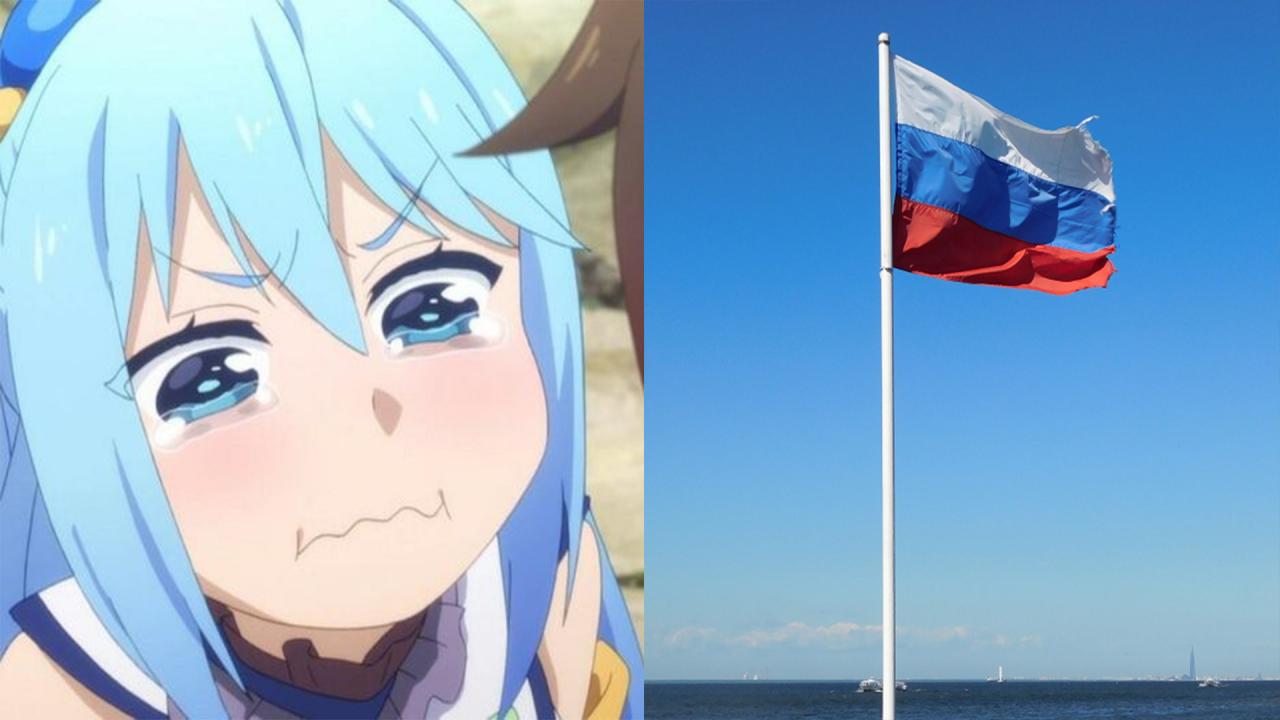 Have you heard about Russia Banning Isekai Anime? It’s a piece of sad news for all the Russian anime fans this time. Popular isekai anime KonoSuba, That Time I Got Reincarnated As A Slime, and multiple other anime series have been taken down from websites in Russia. The order came after Russian courts recognized that the isekai animes “promote reincarnation beliefs,” which is inappropriate for certain audiences.

Most anime series of the genre shows that “after death, there can be a more full and interesting life, free from the control of one’s parents.” Hence, this belief was not something they want to project to the audience. As a result, they have put a lifetime ban on all isekai animes that project this ideation publicly. Let us take a deeper look into the matter.

On Monday, the Russian district court of Saint Petersburg announced a total ban on five isekai anime series. This came under Russian federal law for the protection of children from harmful information. The anime series that were taken down include KonoSuba, That Time I Got Reincarnated as a Slime, Zombie Land Saga, Nekopara, and Princess Lover!.

The announcement came out on the court’s official Telegram channel. The official press service of the court says that the decision of ban came under the considerations of experts. The court also mentioned that the evidence of one believing in the concepts of a parallel world is highly visible in the anime audience. Moreover, the court stated that KonoSuba: God’s Blessing on This Wonderful World! promotes reincarnation beliefs projecting a wholesome world after one’s death. They portray life after death to be adventurous and magical. Hence, this can lead to people inclining towards the afterlife more.

Death Note, Tokyo Ghoul, and Inuyashiki are also taken off the net in Russia since January. The bans were implemented after the court of St. Petersburg decided the content of these shows was inappropriate for audiences. The government ended up banning a number of sites, including Animejapan.tv, Animego.org, Jut.su and Animeonline.cc.

The court took these decisions after the claims of Russian teens reenacting violent scenes from the anime shows. Hence, after they ordered the bans, the officials took down both Death Note and Inuyashiki from the official anime bingeing websites.

The prosecutors who were favoring the ban of such shows say that anime series like Death Note, Tokyo Ghoul, and Inuyashiki provide dangerous content for teenage audiences. For evidence, he presented the case of a teenage boy who committed suicide. The boy owned the Death Note manga, and it allegedly related to his death. On the other hand, the prosecutor mentioned another tragic case of a teenage boy who fell out of a window. However, the boy’s dressing was much similar to that of the protagonist of Death Note. Besides, similar reasons play out for Russia banning isekai anime as well.

What are your thoughts about the bans on these anime series in Russia? Do you think it is justified to take down shows on these grounds? Share your thoughts in the comment section. For more updates on the anime world, please keep visiting our site.