Tokyo Ghoul is a series which follows ghouls, who are human-like creature that hunt and devour human flesh. Obviously since they feed on humans they are surely being opposed by the Humans, you also expect things like power struggle between them. This series follows the events occurring around Kaneki Ken who because of some circumstances is a half -human/half-ghoul.

Tokyo Ghoul was the 4th best selling manga series in Japan in 2014, even the anime has amazing following. When we have amazing reception we surely have some amazing fans who empower the series with their amazing fan-fictions, cosplay and fan-arts.

Well, today we will look at some of the amazing cosplay featuring various characters from Tokyo Ghoul. YOU MAY ALSO LIKE : TOP 20 Tokyo Ghoul Kaneki Ken cosplays That Bring The Series To Life 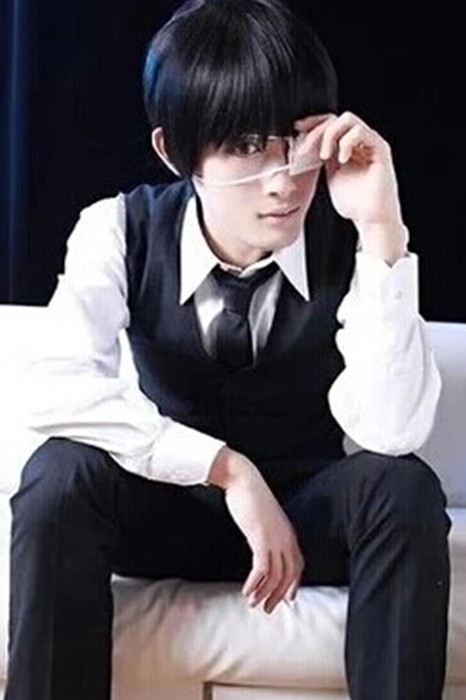 Tokyo Ghoul (Japanese: 東京喰種トーキョーグール Hepburn: Tōkyō Gūru) is a manga series by Sui Ishida. It was serialized inShueisha’s seinen manga magazine Weekly Young Jump between September 2011 and September 2014 and has been collected in fourteentankōbon volumes as of August 2014. A sequel titled Tokyo Ghoul:re began serialization in the same magazine in October 2014 and a prequel titled Tokyo Ghoul: JACK ran online on Jump Live.

A 12-episode anime television series adaptation by studio Pierrot aired on Tokyo MX between July and September 2014. A 12-episode second season,Tokyo Ghoul √A, which follows an original story, began airing on January 8, 2015 and concluded on March 26, 2015.Funimation has licensed the anime series for streaming and home video distribution in North America. The series was obtained byMadman Entertainment for digital distribution in Australia and New Zealand. The main character of the story. He was originally a human and a normal college student until he encountered a female ghoul named Rize who was posing as a human at the time. Rize, using Kaneki’s crush on her as leverage, managed to lure him into an alley and tried to eat him but ended up dying when construction beams fell on top of her. Kaneki, already in a half-dead state from Rize’s attempts at killing him, ends up in a hospital and has some of Rize’s organs transplanted into his body. This results in him absorbing some of Rize’s powers and characteristics, such as a ghoul eye, powers of regeneration, and the inability to stomach human food.

Terrified and lost, Kaneki’s life takes a dramatic turn from then on as he tries to find a place for himself in the world, realizing he now belongs to neither the human nor ghoul world and refusing to eat humans to sustain himself. Meeting some of other ghouls, as well as humans, makes him realize that things aren’t just black and white and that there are more to ghouls and humans than originally thought. Touka is a ghoul successfully posing as a human and working as a waitress at a cafe which serves as a gathering place for other ghouls, as well as a food resource.

She saves Kaneki’s life at one point and acts as a reluctant guide to him and his adaptation to the ghoul society. She doesn’t like Kaneki much and has no qualms about expressing her dislike for him. She is very serious, tough and hard-working, trying to keep their district as safe for ghouls and humans as possible. Her powers and strength are also quite great and she makes for a formidable opponent. A ghoul that has his own art studio where he makes masks for other ghouls. He has a lot of piercings and tattoos on his body, making him look pretty intimidating, even as a normal-looking human. He’s the one who also made a mask for Kaneki. Rc Type: Koukaku
Likes: self-discipline, human tantalizing (young and old alike), a new stimulus
Hobby: sports, martial arts, playing musical instruments, quality criticism of prey
Shuu Tsukiyama is a ghoul who is part with the Ghoul Restaurant organization and called MM there. He was also an acquaintance of Rize Kamishiro. He is well-known in public as the Gourmet ghoul. Currently, he is obsessed with Ken Kaneki’s flesh and blood. Rize Kamishiro is a ghoul that was hanging out at Anteiku. She set her eyes on Ken Kaneki, but moments before eating him, she died in an accident and her organs were transplanted in Ken Kaneki, making him half-ghoul.