Anime is one of those art forms that is relatively new, with only about half a century behind it. But in that half century, Japanese animation has produced so much awesomeness that is impossible to ignore for any true fan of the genre. Here are 20 classic anime movies that you need to watch before you’re a hardcore fan. 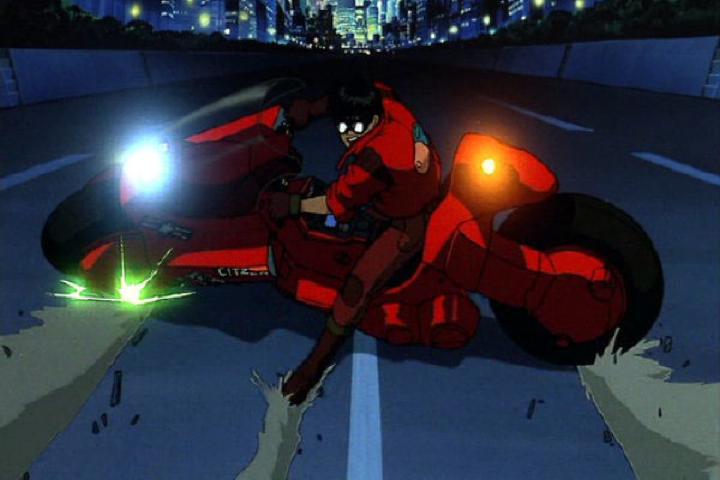 ·Based on Akira (manga) by Katsuhiro Ohtomo

While not the earliest release on the list, any discussion of modern anime filmmaking would be incomplete without this cyberpunk classic. The heroic story of biker rebels Shotaro Kaneda and Tetsuo Shima that contemplate the meaning of their existence as they fight governmental oppression, this technical marvel is the granddaddy of action anime and still reigns supreme as one of the best Japanese features of all time. ·Based on Ghost in the Shell (manga) by Masamune Shirow

Another classic, this sci-fi production by the inimitable Mamoru Oshii gave us the archetype of the emotionally detached female cyborg. And even though many have tried, no one has been able to make a story as compelling as half-human-half-cyborg Officer Motogo Kusanagi’s journey through cyber-hell. This is the kind of film that makes people fans of anime. 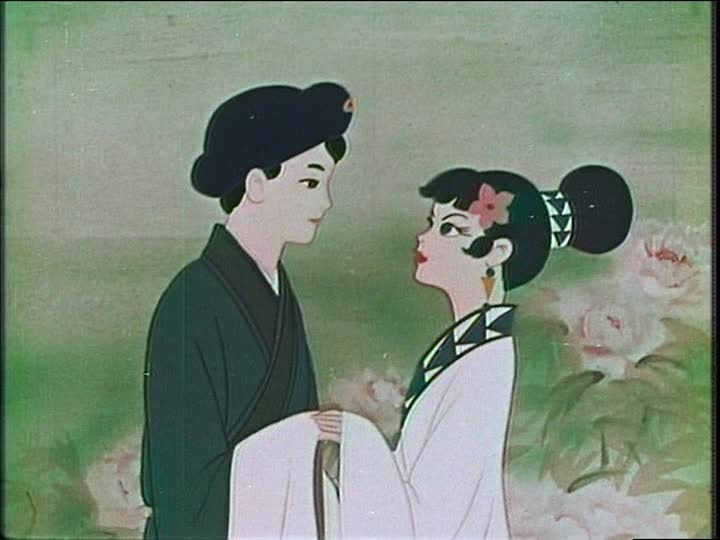 ·Based on Legend of the White Snake (folktale)

The oldest film on the list, the first colored anime film was based on a Song Dynasty folktale. It was amongst the first to be released in the United States and while it failed to immediately make anime a household name, this tale of immortality is a visual treat that truly works to demonstrate the remarkable advancement of animation technology in the last fifty years. 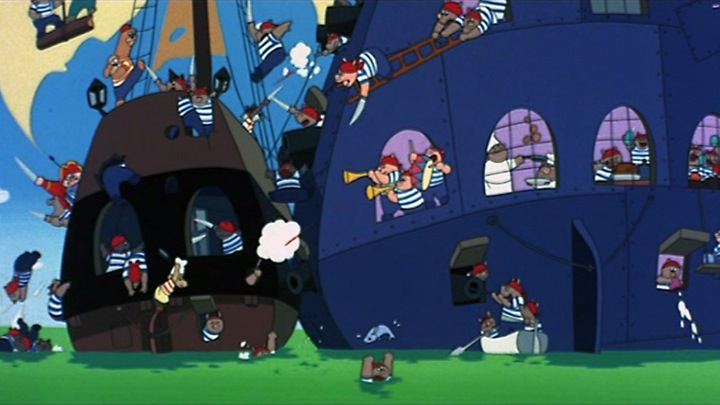 While non-anime fans will likely be content with the Disney adaptation of the Stevenson novel, this witty and colorful 1971 film follows the tales of Jim and Gran as they seek the immeasurable riches of space travel. Other than being thoroughly charming, the film also gets cookie points for being based on an idea by the legendary Hayao Miyazaki. Digimon may sound “too mainstream” (and it is) but this special feature—the only film in the series to be rendered entirely in beautiful computer graphics—is truly a breathtaking look at the Digimon world without humans. You’ll have to look on Youtube because it was never released in America, but don’t miss this amazing work fans in Japan know all too well. 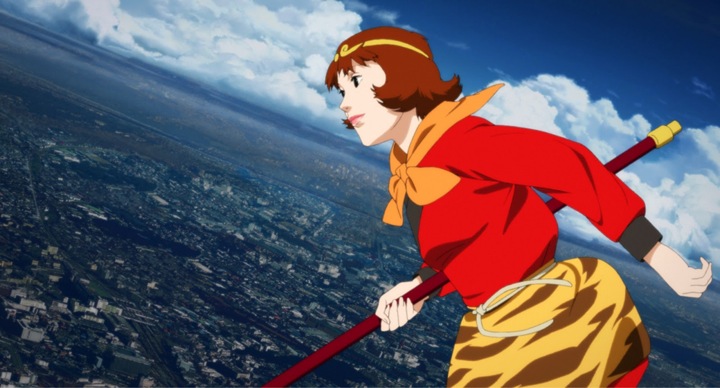 ·Based on Paprika (novel) by Yasutaka Tsutsui

Satoshi Kon directed some amazing works in his wonderful career, and at the very top is this story of psychiatrist Chiba Atsuko, who uses a device to enter her patients’ dreams and help them cope with some of their most disturbing emotional demons under the guise of her alluring alter ego “Paprika.” The film is confusing, challenging and creative—all the more reason to watch it and understand why Satoshi Kon was so loved. The second movie on the list based on a novel by Yasutaka Tsutsui, the story follows teenager Makoto Konno, who magically acquires the power to travel through time and, thinking like a teenager, starts using it to solve frivolous issues. An entertaining film that fans and non-fans alike can enjoy, few films of high caliber have such cheery dispositions. Any discussion of anime films will inevitably lead to the recently retired Hayao Miyazaki, who created one of the most influential post-apocalyptic films of all time. Princess Nausicaa finds herself torn from the homely comfort of her Valley of the Wind as she tries to stop a neighboring nation from using a deadly weapon to eradicate their overgrowing insect problem. If the easily apparent political and social implications aren’t enough to already make this a terrifically compelling viewing, the movie’s success was also brought about the birth of a certain animation studio…. 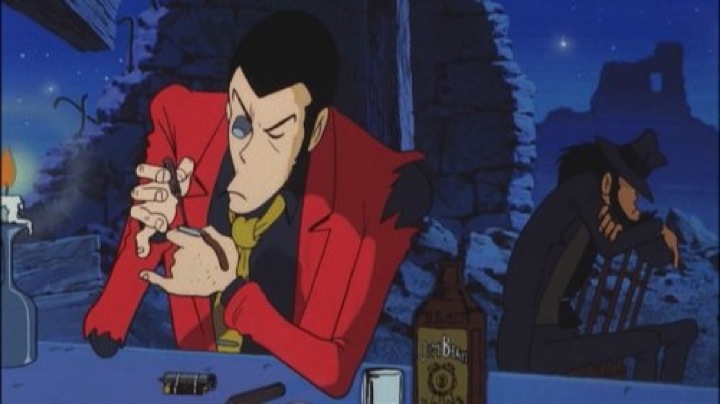 ·Based on Lupin III (manga) by Kazuhiko “Monkey Punch” Kato

As the first film in the massively successful Lupin franchise, Secret of Mamo may be lost on the fans who focus more squarely on the character’s second film, directed by the aforementioned Miyazaki. But those skipping this work often miss a compelling story as our lovable thief Arsene Lupin III gets betrayed by the beautiful Fujiko Mine, battles Inspector Koichi Zenigata and travels the world in search of the mysterious Philosopher’s Stone. An oft-ignored classic, Secret was the film that first established Lupin as an on-screen anti-hero and it has permanently left its mark on the crime anime it inspires. Much like Akira and Ghost in the Shell, Mobile Suit Gundam is responsible for starting an immensely popular trend: the “mecha” genre, with its focus on gigantic mechanical monsters controlled by puny human pilots. While not the first of its kind, Gundam was certainly the most influential, merging space epics with the classic Japanese gigantic-monster films like Godzilla. Technically a compilation of several episodes from the anime series, this film follows the adventure of citizen Amuro Ray who has been tasked with piloting a giant new robot. The film acts as a commentary on the pervasiveness of technology, and its influence on mecha anime can be seen to this day.

·Based on Tekkonkinkreet (manga) by Taiyō Matsumoto

Following the story of orphans Kuro and Shiro as they try to survive the streets of the ironically named Treasure Town, Tekkonkinreet shows us the death of innocence and the effects of societal injustice on young minds. The film, unsurprisingly, has a very Akira-like feel, and when you realize the sweet but depressing story behind the title, you will see why this is regarded as one of the best modern anime films. Referred to by Roger Ebert as visually stunning, this space drama about unmotivated astronaut Shitotsugh Lhadatt may very well be to anime what Star Wars is to film, minus the financial success. Often regarded as one of the best anime ever made, the film failed to make a dent at the box office and it took nearly a quarter-decade for even an announcement of the oft-planned sequel. ·Based on Appleseed (manga) by Masamune Shirow

As a sort of combination between the mecha genre of Mobile Suit Gundam and the cyborg-centric storyline from Ghost in the Shell, this popular film revolves around Officer Deunan Knute, who slowly gets caught amidst the crossfire of warring factions in the false Utopia her father helped create. With terrific action, beautiful CG animation and an entire franchise resulting from its success, this is a modern film that should not be missed. ·Based on Patlabor (manga) by Masama Yuki and story by Headgear

If the list looks a bit overpopulated by mechanical creatures, understand that the “golden age of anime,” stretching from the eighties into the early nineties, had a lot of machines. But what’s different about this film—starring the Tokyo Metropolitan Police Department’s Special Vehicle Unit 2 and their efforts to stop the malfunctioning robots all over their city—is that the entire film has such religious overtones, it’s almost impossible to ignore the compelling theological and existential questions the story raises. ·Based on Meikyu Monogatari (short story compilation) by Taku Mayumura

As one of the most experimental anime of all time, this anthology film explores the relation of technology to humans across numerous short stories related to the human mind, and how machines distorts it. Unfortunately for North American fans, it is somewhat difficult to trace down, but that still doesn’t change that it is a haunting and telling look at the role of man in a technically mobile world. Easily one of the most understated and serene anime films ever made, 5 Centimeters Per Second is a three-segment look at the life of Takaki Toono, a simple young man whose friendship with close classmate Akari Shinohara is tested when the latter moves to another city. As one of Makoto Shinkai’s best works, this film places the director on the same pedestal as Miyazaki in terms of creating a touching story, and if you ever thought anime couldn’t do “realistic” stories, this one is for you. While it doesn’t quite live up to its narrative potential, Steamboy is Otomo’s second major release afterAkagi and still a visual delight. The film revolves around young inventor Ray Steam, who gets caught amidst the battle of European factions seeking to lay claim to the newly discovered steam technology. The story may not necessarily be amongst the most unique, but every frame of this film has more detail than most anime series do in an entire episode, thus making it an amazing feast for otaku eyes. While the Wachowski brothers have bluntly denied any inspiration from this seemingly lost four-part animation, the plot for Megazone 23 does feel very similar to their classic, The Matrix. Taking place in a fictionalized version of Tokyo that exists only as a computer simulation, the direct-to-video series was released across several years in numerous episodes and follows the travails of young Shogo Yahagi, who comes across a bike that allows him to discover that all he sees around him is a virtual reality. It is certainly quite confusing and loses a bit of focus in subsequent installments, but it is still memorable for making the direct-to-video anime a possibility. Remember the “certain studio” that Nausicaa of the Valley of the Wind helped bring about? Well, that was Studio Ghibli—easily the most influential Japanese animation studio of all time. With the ability to create works that are both emotionally touching and visually stunning, this production company survived when numerous others from the eighties failed, bringing us everything from Ponyo to Spirited Away. Such a broad addition to the list makes the number of required films well over 20, but there simply isn’t a Studio Ghibli film any hardcore fan can miss. ·Based on Grave of the Fireflies (novel) by Akiyuki Nosaka

Even though Studio Ghibli was mentioned literally one entry ago, a special highlight must be made for this classic that Roger Ebert referred to as one of the best films of all time. Based on Akiyuki Nosaka’s semi-autobiographical novel, this film showcases young siblings Seita and Setsuko as they try to survive in Japan during World War II. Easily one of the most emotionally touching films ever created, Grave of the Fireflies is filmmaking at its absolute best, transcending labels like “anime” or “film” and just becoming an undeniable work of art. While every Studio Ghibli film is a classic, this is a masterpiece. ·Based on Death Note (manga) by Tsugumi Ohba and Takeshi Obata

Nah, nah; just kidding. You don’t need to watch this to be a hardcore fan. Actually, you need to avoid this. Seriously—avoid this.

So what other films do you think all hardcore anime fans need to see? Be sure to sound off in the comments below!