Who doesn’t love reading a creator’s best work? Goo Ranking asked the Japanese community to rank the top masterpieces in all of manga. 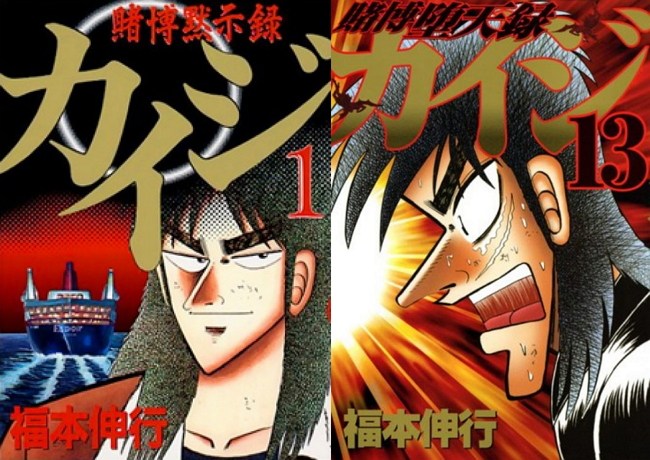 Quick Pitch: Kaiji is good-for-nothing loiterer who wastes his life drinking and stealing hubcaps. Just when he thinks life couldn’t get worse, he is tricked into repaying a friend’s debt to the yakuza. Faced with choosing to work at a labor camp for 10 years or boarding an illegal gambling cruise, Kaiji decides to test his hand at gambling. Quick Pitch: Parasitic aliens invade Earth and are able to blend into society by burrowing into the brains of human hosts. Once they gain full control, they are able to feed on unsuspecting humans. However, a parasite fails to invade teenager Shinichi’s brain and instead controls his right hand. The two are forced into an uneasy partnership as they fend off hostile parasites and avoid the gaze of society. Quick Pitch: Shou is a troublemaker in the sixth grade, but he’s about to mature fast. After arriving at a school, an earthquake teleports the campus to a wasteland. Faced with dangerous threats and internal conflict, Shou and his classmates must adapt to their new reality or die trying. Quick Pitch: A parody of Journey to the West. The story follows an assassin named Taro Yamada, who attempts to right his misdeeds by pooping on his victims’ graves. 4. Ghost in the Shell

Quick Pitch: In the future, cybernetic implants have become a normal part of life and robots roam among society, with consciousness being connected to a data stream. Yet, this new technological advancement has given way to cyber-terrorism and hackers that can control a person’s mind. Major Motoko Kusanagi and the Public Security Section 9 combat cyber-terrorism, but a hacker called The Puppeteer challenges Kusanagi’s view of the world. Quick Pitch: One day, a mysterious creature destroys 70% of the moon, and it claims that he will destroy the world in a year. He offers Earth a chance at survival: he’ll teach class 3-E of Kunugigaoka Junior High School. The students must find a way to kill him and collect ten billion yen for saving the world. Quick Pitch: Several hundred years ago, humanity was pushed to the brink of extinction by flesh-eating monsters called Titans. A small percentage managed to survive by enclosing themselves in a city protected by high walls, which led to a 100 year peace. However, Eren and his adopted sister Mikasa have their lives destroyed after the Colossal Titan destroyed one of the walls. Quick Pitch: Gon Freecss is a 12-year-old boy who is determined to become the greatest Hunter in hopes of finding his father. On his journey, Gon befriends the doctor-in-training Leorio, the vengeful Kurapika, and the rebellious ex-assassin Killua. They work together to become Hunters and to help each other achieve their dreams.

What manga do you think is a must-read masterpiece? Let me know in the comments