Tokyo Ghoul fans noticed that the latest season of the series, Tokyo Ghoul:re, has seemingly been building to an ending but wanted the series to continue as long as possible.

Thankfully the series announced that a second season of Tokyo Ghoul:re was in the works on the latest issue of Shueisha’s Young Jump. The confirmation of a second season also confirms previous reports that Tokyo Ghoul:re was slated to run for a complete 24 episodes split into two cours. Anime fans know a “cour” is a seasonal batch of 12 or 13 episodes that typically make up one arc of the story, and a season with two cour will split up its episodes into two halves. This first half is expected to take a break after its first 12 episode run, and the second cour which is now confirmed to be treated like a brand new season is reportedly premiering this October. 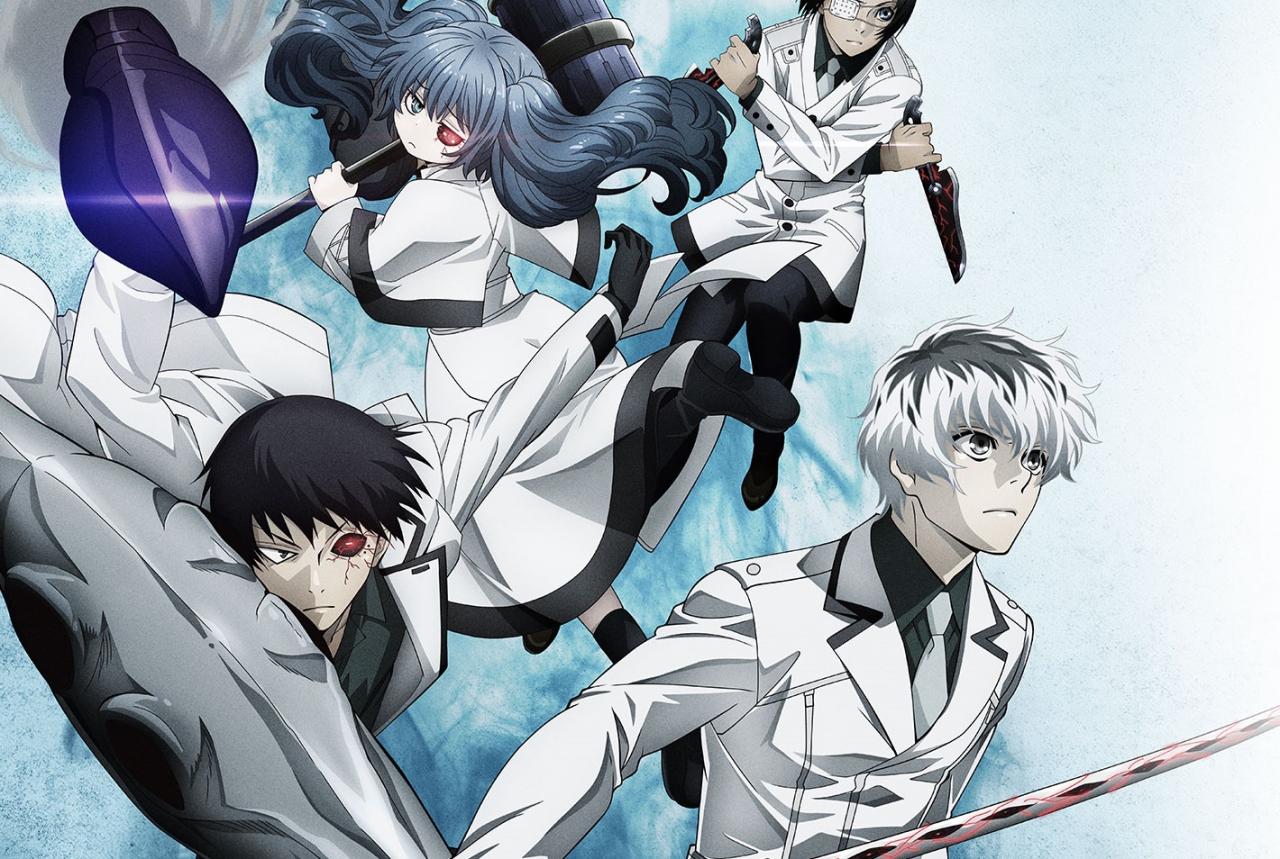 For those unfamiliar with Tokyo Ghoul, the series was original created by Sui Ishida. The story follows Ken Kaneki, a student who survives an encounter with his date, who turns out to be a ghoul. Kaneki’s world is filled with Ghouls, beings who eat humans, and they’ve been living among humans in secret. After surviving this attack he wakes up to realize that he himself has become a ghoul because of a surgery that implanted organs from the ghoul who attacked him. In order to live somewhat a normal life, Kaneki needs to eat human flesh to survive. Luckily he’s taken in by a group of ghouls at the cafe Anteiku, who help him reintegrate into society.

Tokyo Ghoul: re is set two years after the events of the original series and follows Haise Sasaki, a member of the CCG and leader of a special squad of investigators who have implanted the CCG’s specialty weapon, the Quinque, into their bodies and essentially have become half ghoul. The kicker, however, is that Haise is actually Ken Kaneki from the original series who’s suffering from a bout of amnesia.