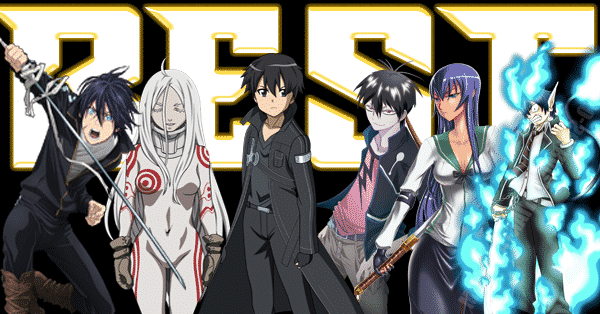 Here are the best of best anime which are under 30 episode. And it’s made by personal and considering IMDB ratings too. Riding the bus one day, Sakura Sakurakōji looks out the window to see people being burned alive with a blue fire as a boy her age remains unharmed and stands over the people.

When she goes back to the site the next day, there are no corpses or evidence of any kind of murder, just a small fire.

When Sakura goes to class, she discovers the new transfer student is the same boy she saw the day before.

Sakura soon learns that he is Rei Ōgami, the sixth “Code: Breaker,” a special type of assassin with a strange ability and a member of a secret organization that serves the government Blood Lad follows Staz Charlie Blood, a vampire from the surreal “Demon World” who avoids attacking humans unlike his ancestors.

One day, he becomes excited when Fuyumi Yanagi, an ordinary girl accidentally wanders into the Demon World through a portal.

The two’s first meeting is cut short by the attack of a demon. Staz goes to stop the enemy and save his allies. main story, on December 24, 2029, a biological hazard known as the Apocalypse Virus plunges Japan into a state of chaos.

This later became known as the Lost Christmas incident. Unable to contain the threat, Japan sought international help and the United Nations sent an organization known as the GHQ to their aid.

The GHQ successfully contained the outbreak and restored a level of order at the cost of Japan’s independence.

Ten years later, a resistance organization known as the Funeral Parlor waged a campaign against the GHQ in order to liberate Japan once more. A massive anomaly ravaged Japan’s mainland and destroyed most of Tokyo, sinking three-quarters of the city into the ocean.

As an escapee, a survivor of the great earthquake, Ganta has no memories of the tragedy and has lived a normal life.

This all changes when a strange person covered in blood and crimson armor floats through his classroom windows. Highschool of the Dead is set in present-day Japan, beginning as the world is struck by a deadly pandemic that turns humans into zombies, euphemistically referred to by the main characters as “Them”.

The story follows a group of high school students (and the school’s nurse) as they deal with a worldwide catastrophic event known as the “Outbreak”.

As the cast tries to survive the zombie apocalypse, they must also face the additional threats of societal collapse, in the form of dangerous fellow survivors, and the possible decay of their own moral codes.

Starting from the high school, the students escape into town where they must deal with a corrupt teacher and his students.

This anime is mixture of zombies,highschool busty girls and thrilled. The rest of the students, devastated by the unexpected loss, decided to carry on as if their classmate were still alive, going so far as to keep the desk in place and bringing it to the graduation ceremony.

Yet no one could explain why their classmate, already dead and buried, was present on the graduation photo.

Then, in the spring of 1998, a boy named Kouichi Sakakibara transfers to the class, and begins to grow suspicious of the fearful atmosphere permeating the class.

In particular, he becomes fascinated with a mysterious, aloof girl with an eye patch who always sits alone, drawing pictures.

A girl the rest of the class refuses to acknowledge. A girl named Misaki With the NerveGear, a helmet that stimulates the user’s five senses via their brain, players can experience and control their in-game characters with their minds.

On November 6, 10,000 players log into the SAO’s mainframe cyberspace for the first time and discover that they are unable to log-out.

They quickly discover from Akihiko Kayaba, the creator of SAO and NerveGear, they must reach the 100th floor of the game’s castle and defeat the final boss if they wish to be free. 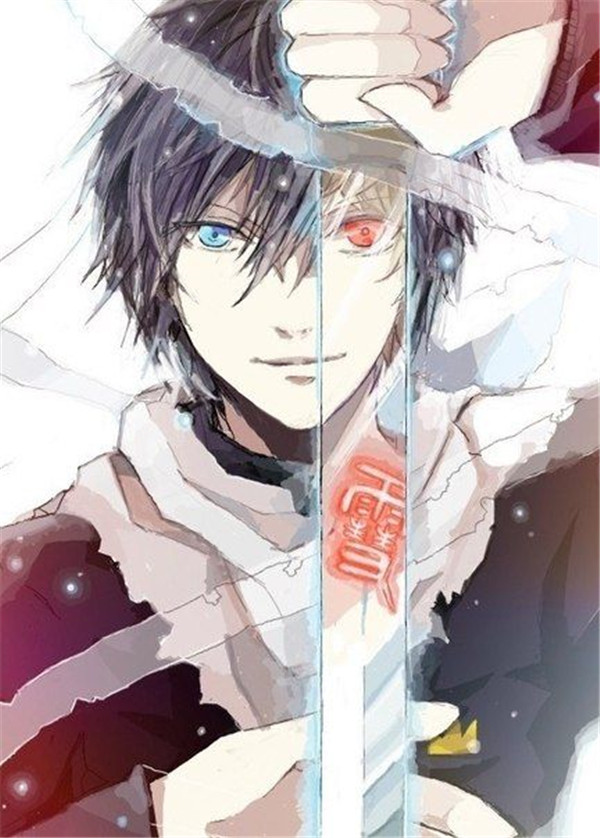 As a minor god of calamity, Yato lacks even a shrine to his name.

In attempts to become known, he charges only 5 yen to grant the wishes of Near Shore dwellers- a.k.a. the living.

Throughout his missions, he encounters a Near Shore girl named Hiyori Iki whose soul frequently slips out of her body, and Yukine, a wandering spirit whom he names as his weapon to kill corrupted spirits with. Sora and Shiro are two hikikomori step-siblings who are known in the online gaming world as Blank, an undefeated group of gamers.

One day, they are challenged to a game of chess by Tet, a god from another reality.

The two are victorious and are offered to live in a world that centers around games. They accept, believing it to be a joke, and are summoned to a reality known as Disboard.

In-game, rule enforcement only occurs when the method of cheating is acknowledged and outed by the opponent, allowing players to cheat through discreet methods. Mononoke follows a wandering, nameless character known only as the “Medicine Seller” (voiced by Takahiro Sakurai).

The series is made up of individual chapters in which the medicine seller encounters, combats and subsequently destroys mononoke.

The “mononoke” are a type of ayakashi, unnatural spirits that linger in the human world.

The Medicine Seller always proceeds in the same manner, using his knowledge of the supernatural to fend off the mononoke until he can learn the spirit’s shape (Katachi), truth (Makoto) and reasoning (Kotowari). Only then can he unsheathe his sword and exorcise the demon.

The English subtitles translate these three necessities as Form, Truth, and Reason.