The audience response had been extraordinary since the release of the manga One-Punch Man.

Not surprisingly, the gag manga was then able to captivate the hearts of many viewers.

Geeky jokes of Saitama’s bald character were immediately turned into so many funny One-Punch Man memes. and here comes the top 10 one punch man memes of Saitama. Even Titan have to face the fear of that bald man. For those who do not know, Caillou is a Canadian TV series for kindergarten children which tells the life of Caillou. Thanks to Saitama, many anime fans became more and more interested in watching the anime again. 5. Bored to be Ikkaku 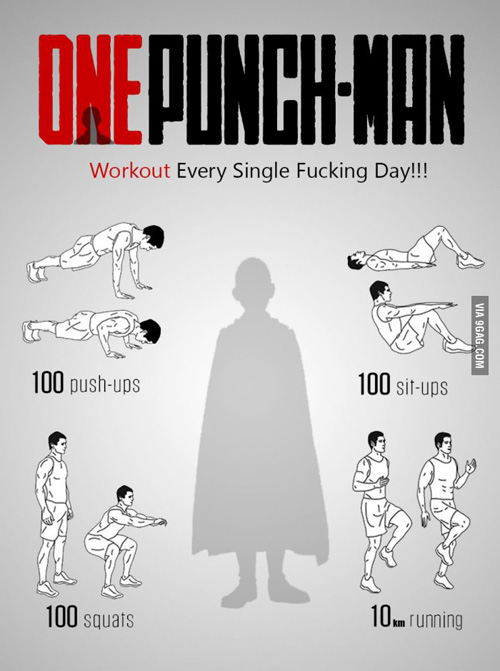 If you want to be strong like Saitama, try this way every day. But do not expect too much you’ll get a shape like that on the left. Have you seen some One Punch memes way more funnier? Share with us!