On this video, we’ll go through some anime which I feel were quite overlooked or did not become popular enough for what they deserved, specifically series which I haven’t talked about much on this channel. If you like the video please like and share. This list is just my opinion, so feel free to comment your list below. 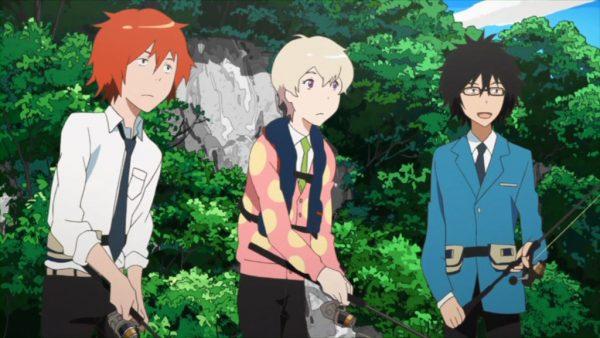 A slice of life, comedy filled underappreciated anime series, we get to see a really good art style combined with a unique captivating story about school students fishing activities.

First released in April 2012, and finishing at the end of June of that year, there was unfortunately no announcement of a season 2, probably due to lack of viewers. With this underrated anime being made all the way back in 2004, not many people would consider watching it.

However, this underappreciated anime series got a unique story revolving around a very realistic doll, that can walk and talk and everything, pairing up with a normal human to help her win a tournament against other realistic dolls.

The winner will be turned into a real girl and meet the legendary doll maker who created her. Also called “Seirei no Morbito”, is another good underappreciated anime series where we watch the story of drought, possible famine, and assassination attempts.

Bringing in the moral question, would you sacrifice someone you love and care about, for the good of many other people? Coming at number one of our list of the best underappreciated, underrated anime series is “Hamatora”.

Frankly, this anime is one of the best japaense tv shows i have ever seen, it has it all!! overpowered main character, captivating story, amazing art style and animation, and great soundtracks.

So, why is it so underrated?

i dont really know. all i know is that this underappreciated anime series deserves your time asap.

First released in January of 2014, and lasting 2 seasons, we have the story of a certain group of people who can grant small miracles.

Behold, A well action-packed anime series story mingled with comedy that makes for an interesting show.

Moribito: Guardian Of The Spirit

Occupying the tragically sparse landscape of a female-led fantasy adventure series, Moribito stars the wandering, spear-wielding warrior Balsa as she attempts to atone for the deaths of her past by saving an equal number of lives. She encounters Prince Chagum during her journey and becomes his bodyguard, attempting to protect him from an assassination order given by his own father. The series has beautiful animation and a lovingly crafted fantasy world, as well as compelling characters who have their troubled pasts revealed piecemeal throughout the series as they grow closer. You should give this one a look for sheer artistry alone.