2014 had a lot of memorable anime moments which I remembered throughout the year and discussed a lot with my friends. The moments I am going to the mention are all from the anime which I have seen this year. This post also contains some spoiler, you have been warned. 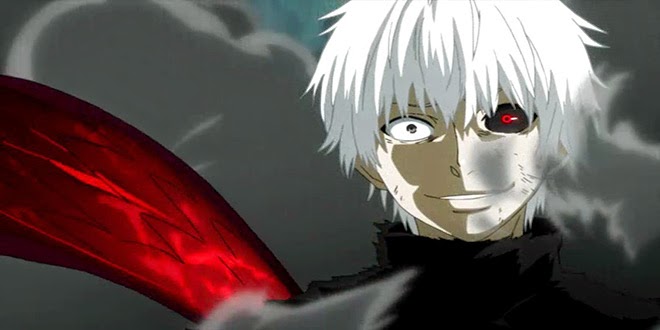 This is from Tokyo Ghoul. When a character who was repeatedly tortured to death several time uses the power of his inner ghoul the fun begins. This is the best scene for me because it had a great effect on me. I almost got a habit of cracking my index finger, I am happy I am not doing it so frequently now-a-days. This one is from Hunter X Hunter 2011. Gon went Super Saiyan in this fight with Hulk aggression. When Gon finds out that kite is dead, he just go berserk. I also consider it as 2014 best anime fight. The fight is great and have many epic moments, but there was no way for Pitou to defeat Gon. This was pretty messed up. I didn’t thought it would end like this, but Slaine just slained the hopes of all Inaho and Asseylum fans in the last episode of season 1. This was depressing, because the two main characters of the series were killed and the one who killed them was not a bad guy, but was confused whom he should support Humans or Martians.

Sometimes it’s not about art style, it’s the story which you really like. I believe many people have dropped this anime due to its different art style and sports title, but believe me there is nothing like sports in this anime. It is all about people figuring about themselves. One of the best anime ending, I definitely recommend this to everyone. Naruto Shippuden Episode 345, when Obito sees Kakashi stabbing Rin. This helps him in activating his mangekyo sharingan, but he lose control over himself and goes mad on all of the hidden mist ninjas present at the scenario and kills in a brutal manner.

I am ending my 2014 with these as my top 5 anime moments, I am sure I have missed many because I have not seen many anime this year, but you can help me by telling me your top anime moments of the year.