After ending the series in 1995, we don’t get any further Dragon Ball content until Battle of Gods arrived in 2013, followed by Resurrection F a couple of years later. Soon enough, the Dragon Ball series was revived with Dragon Ball Super television anime, and Akira Toriyama was once again involved in a lot of stuff. The Dragon Ball Super manga was also serialized in Weekly Shonen Jump. However, instead of Akira Toriyama, it was Toyotaro who was the author this time. 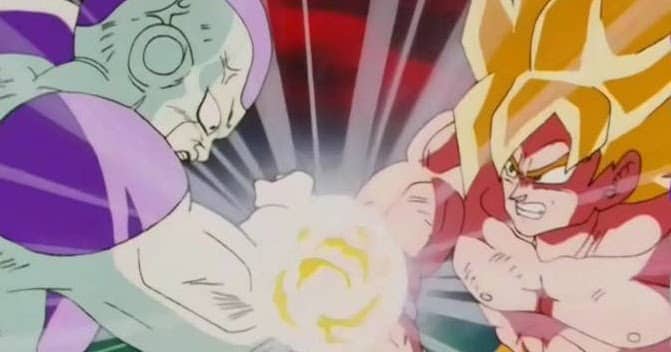 That’s not to say Toriyama had no involvement with the story whatsoever. He is still responsible for the story, and is involved in the progress of both the anime, and the manga. Dragon Ball Super anime has since then ended, but we are getting a new Dragon Ball Super movie in December, which is going to be a sequel to the anime. On the other hand, the Dragon Ball Super manga is set to continue, as confirmation by several sources.

The Dragon Ball franchise is here to stay for long, and there are even rumors for a new Dragon Ball anime to begin next year, but nothing can be said right now. However, we do have a Dragon Ball Spin-off manga on the way. On Saturday, the official Twitter account of Viz Media announced that Dragon Ball was getting a spin-off manga, called “Dragon Ball: That Time I Got Reincarnated As Yamcha!” If you want to learn more about these new titles, you can read up on their official synopses via Viz Media and their release schedule below:

Dragon Ball: That Time I Got Reincarnated as Yamcha! – Fall 2018

Futaba Yoshioka thought all boys were loud and obnoxious until she met Kou Tanaka in junior high. But as soon as she realized she really liked him, he had already moved away because of family issues. Now in high school, Kou has reappeared, but is he still the same boy she fell in love with?

In a world where the noble elite are supposed to fend off the threat of terrifying Chaos but instead engage in pointless petty squabbles, young mage Siluca Meletes dreams of bringing justice to the land. She finds an ally in Theo, a young knight with a bright future. But as Theo soon finds out, despite her righteous goal of world peace, her methods are more than a little unorthodox!

Seth is an aspiring wizard living in a pastoral village under the watchful eye of his mentor. Like all wizards, he is an “infected”—one of the few people that has survived contact with a Nemesis, creatures that fall from the sky and contaminate all they touch. His encounter gave him powers and led him to choose a path that seemed to be perfect—to become someone who hunts and fights the Nemesis. But Seth longs for a quest that goes beyond the simple hunt for monsters. He wants to find the place they come from, Radiant, and destroy it. Along with other wizards, he travels the world in search of Radiant, under the sinister eye of the Inquisition…

Little Ran Uruma can’t wait to grow up and become a sorceress like her mother, so with the help of a magical pair of sneakers, she transforms into an adult and sets off! Her father and older brother Jin try to keep her safe at home, but Ran is determined to advance her powers and have adventures of her own!

A vast city lies under the shadow of colossal, ancient tombs, the identity of their builders lost to time. In the streets of the city, something is preying on the inhabitants, something that moves faster than the human eye can see and leaves unimaginable horror in its wake. Factory worker Denji Kudou just wants to keep his head down and continue his quiet existence, but he is the key to stopping forces that would bring about an apocalyptic transformation of the world.

Which of these new titles are you excited for? Let me know in the comments