I can’t be the only one who loved Prison School anime, those cool characters, over dramatic reactions and sexual humor, I recommend you watching this serious, but you’re going to watch it anyway after seeing these cosplays.

Note: These cosplays are not suitable for younger age.

On the outskirts of Tokyo stands Hachimitsu Private Academy, a storied all-girls boarding school for elite young women full of potential and good breeding. But as the new school year rolls around, one tradition is going out the window: For the first time in the school’s long history, boys are being allowed to enroll. But on the first day of school, only five boys make the cut. Kiyoshi Fujino, one of the lucky few, is thrilled by this discovery, his heart leaping with joy at the thought of being surrounded by all those girls, day in and day out. But little does he know of the shocking fate that awaits him.

Vice president of the underground student council, she is a voluptuous girl who roams around campus in an scantly outfit and whose reputation of being a sadist and a man hater is well known especially to the five boys whom she has mistreated during their detention. She is often seen with a horse whip that she uses to punishing detainees who disobeys her where Takehito is her frequent victim . She is also quite strong and a capable fighter.During her spare time she would do a hundred or more Hindu leg squats and push ups.

She is very devoted to Mari where it is suggested that she is lesbian.

Secretary for the underground student council. She is a professional karate-fighter.(Source:MyAnimeList)

Kiyoshi Fujino (藤野 清志ふじの きよし Fujino Kiyoshi), nicknamed Kiyoshi (キヨシ), is the main protagonist of Prison School and is one of the five first-year boys in attendance of all-girls school Hachimitsu Academy. His love interest is Chiyo Kurihara.(Source:Wikia)

One of the five boys sent to prison in Kangoku Gakuen. He’s obsessed with The Three Kingdoms and is the smartest of the five.(Source:MyAnimeList)
# Cosplay# Prison School 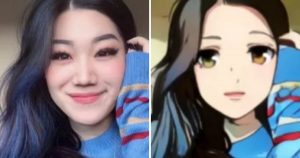