Sometimes it seems like there aren’t many original ideas these days. With all the reboots and Avengers flying around, it feels like we’ve seen it all. Then again maybe it’s just my line of work, where miner mannequin idol groups and people licking copsare everyday occurrences, that has made me jaded. 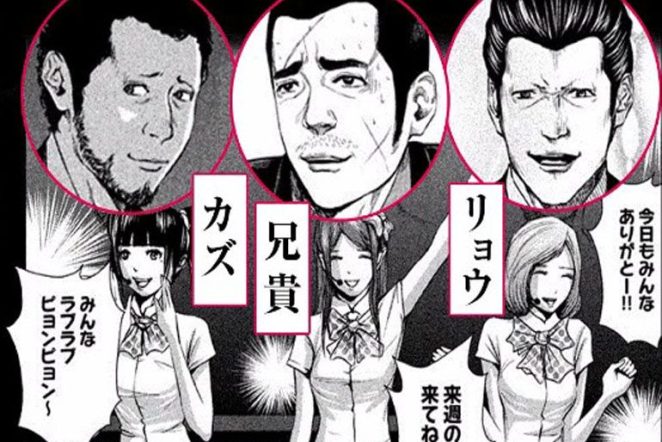 Yet despite all this, Back Street Girls is one work that has still managed to raise this eyebrow made heavy from years of live eels and pounds of gold in people’s butts. It’s premise is simple but so strange: a yakuza boss orders three of his men to undergo extensive surgeries to transform them into an idol group to perform his songs. Originally a manga by Jasmine Gyuh that began in 2015, it is about to get the full anime treatment in a series airing on Japanese TV from 3 July. Here’s a preview!

The story follows three members of the Inukin yakuza family, Kentaro Yamamoto, Ryo Tachibana, and Kazuhiko Sugihara, who, under orders from their leader (who also happens to be a genius producer-songwriter) get extensive surgery to become Airi Yamamoto, Mari Tachibana, and Chika Sugihara. The trio then enters the underground idol scene under the group name Doku Dolls and together must juggle the demands of a fully functioning idol unit and yakuza family at the same time. Needless to say, hijinks ensue. Given the nature of the story, however, it is unclear how the voice work will be divvied out. For instance, there is another trailer which is exactly the same but uses the women voice actors instead.

Those who want to find out can tune in when it airs on BS11, Tokyo MX, and MBS. It shouldn’t be boring…and I mean that in the imperative sense. If you’re making a story about forcibly transgender yakuza idols, it’s your solemn duty to not make it boring. The response from Japan and abroad seemed mixed but overall cautiously optimistic.

“It looks interesting but I wonder if there is anything more than just the initial shock value.”
“Gross!”
“Anime is saved!”
“This is going to be funny. Same studio that made Prison School.”
“They’ll make anything into and anime these days.”
“I don’t like that it makes light of gender reassignment.”
“The new Love Live! looks great.”

As the last comment reminds us, the hiatus of Love Live! Sunshine has left a vacuum in the idol genre of anime. Perhaps Back Street Girls is just what’s needed to fill it.