So, you know the drill. It isn’t like this announcement is a foreign one to fans.

Over on Twitter, scans of Weekly Shonen Jump’s next chapter have gone live. The final page of chapter 380 confirms the manga is going on hiatus, so it looks like fans can break out their Hiatus x Hiatus jokes once more.

It seems a statement about the hiatus was released by the manga’s creator. Yonkou Productions gave fans a look at Yoshihiro Togashi’s translated statement which can be found below:

"I"m sorry for going on hiatus again –I'll do my best to return as soon as possible." – Yoshihiro Togashi

“I”m sorry for going on hiatus again –I’ll do my best to return as soon as possible.”

Of course, this kind of hiatus is nothing new to the Hunter x Hunter community. In fact, the manga has been on hiatus for more than 60% of its lifetime. Creator Yoshihiro Togashi has put the series on numerous hiatuses before with its last ending earlier this year. When Hunter x Hunter enters its new hiatus, it will have only put out 10 chapters since its last break.

YonkouProduction broke the news that Hunter X Hunter is again taking a hiatus after Shonen Jump Issue 18 which is the chapter 380 of the manga. In addition, Haikyu!! will be on the cover of the said Shonen Jump issue. There’s still no clue how long would this hiatus would be, and there is no additional clue as to why there is yet another hiatus. The possibility of Togashi Yoshihiro’s illness hindering his work cannot be ruled out. He made a statement already, saying sorry to his fans and will try to get back as soon as possible. 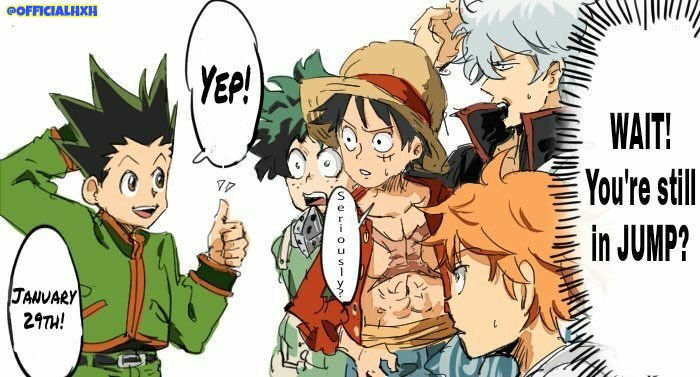 Given by the manga’s history, another hiatus is not as surprising anymore. Although these hell periods are rare in its early days, it existed way back on 1998. In fact, the life of the manga comprises of 60% hiatuses and it only spent 40% appearing in Shonen Jump issues. Hunter X Hunter is expected to finish a total of ten issues from its comeback earlier this year till the beginning of the expected hiatus. The manga’s prior publishing streak is also ten before it went to a hiatus again.

So far, the longest publishing streak of the manga was on issue 35 of 2011 to issue 16 of 2012. That is an most impressive record so far, with 30 non-stop publications until it delve into yet another hiatus again. The longest hiatus streak was from 2014 to 2016 which consist of almost two years of hiatus without update or whatsover. There’s even a website build for tracking out hiatuses and releases every now and then.

Hunter X Hunter chapter 380 is not yet available and will be released on April 2. It is kinda amazing to see this series thrive even though it is full of unexpected hiatuses. There’s no new anime updates because the manga is also prone to hiatuses. Its mobile game was closed recently and there’s no way to know if there will be console games for he series in the future. But old fans are still coming back. Afterall, it is a story worthy to finish. New fans are also appearing from time to time, however, they can’t help it but to be also stuck waiting for new updates.