Well, I guess we should have seen it coming. The live-action Gintama adaptation has now announced that they making a parody of Dragon Ball as well. In conjunction with the upcoming Gintama 2 movie, the live-action adaptation is getting a web series via dTV titled Gintama 2: Yo ni mo Kimyou na Gintama-chan. They recently revealed a new trailer for the series, and it makes fun of one particular fellow-Shounen Jump series…

Aside from the Dragon Ball parody characters, the new trailer also teases the appearance of a classic anime character in Maetel from Leiji Matsumoto’s Galaxy Express 999. Actress Mizuki Yamamoto will be playing her for the web series, along with actor Yuuma Yamoto, who will be playing as Maetel’s constant companion, Tetsurou. 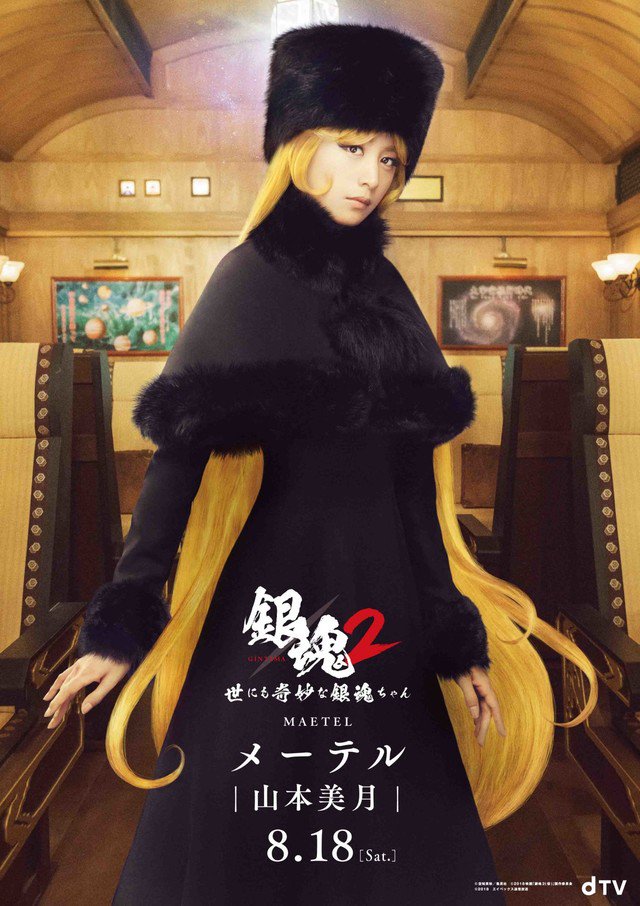 The 3-episode web series will open via dTV on August 18, 2018. This will be a day after the Gintama 2 movie itself will premiere in theaters across Japan. The movie will adapt both the “Shinsengumi Crisis” and the “Shogun Reception” arcs from the manga. Finally, Yuuichi Fukuda is directing both the 2nd movie and the 3-episode web series.

Oh, and it looks like Krillin is dying… AGAIN.