Spring is officially here, and it is one of the most awaited seasons for new anime. This year’s Spring anime are especially good, and it looks like we have lot of sequels coming this year. So sit back, and let’s go through every big Spring anime that’s going to be aired this month. 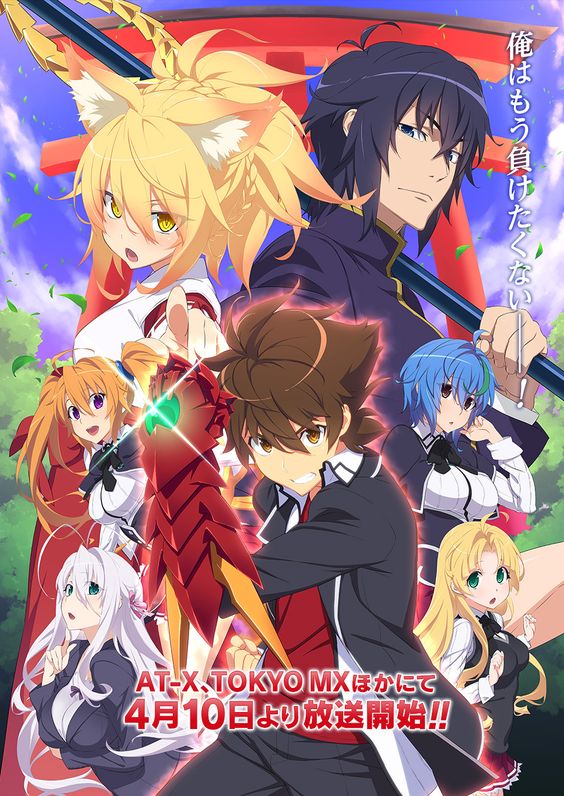 Highschool DxD is going to make a return, and the 4th Season of the series will begin airing on April 10, 2018. It’ll be adapting the 9th and the 10th volumes of the manga, and fans are extremely excited for what’s to come. Golden Kamuy is one of the most popular manga in the recent years, and it has deservedly gotten its anime adaptation this year. Golden Kamuy is set in the earlier 20th century, and it has a story that I’m sure will be talked about even after the first season of the anime will finish airing. Golden Kamuy will begin airing on April 9.

8. Gegege no Kitaro
Gegege no Kitaro is something that you all may know about. Kitaro has famously replaced Dragon Ball Super in its timeslot, and it has already begun airing from April 1 2018. The series is set to span for over 50+ episodes, and will be celebrating is anniversary in style.

6. Shokugeki no Souma
Shokugeki no Souma makes its return in Spring as well, with the anime picking up from right where the previous season left off. Last year’s season did pretty well, and things will hopefully be the same this year too. The anime begins airing on April 8, 2018.

3. Captain Tsubasa
Captain Tsubasa has also made a grand return this year, and it is going to begin airing from April 2, 2018. Tsubasa has been away for a long time now, but the return is highly anticipated. Thankfully, we don’t have to wait too much for the anime to begin, as it airs today.

2. Persona 5
Persona 5 is definitely one of the most awaited anime of this year. It is going to begin airing from April 7, 2018. Being one of the biggest RPG franchise from Japan, the fifth installment it is definitely going to blow up.

1. Steins;Gate 0
Steins;Gate 0 is based on the game with the same name. There are going to be a lot of recurring characters from Steins;Gate as well, and the anime is going to begin airing in April 2018.

Which Spring anime are you most excited about? Let me know in the comments section below!