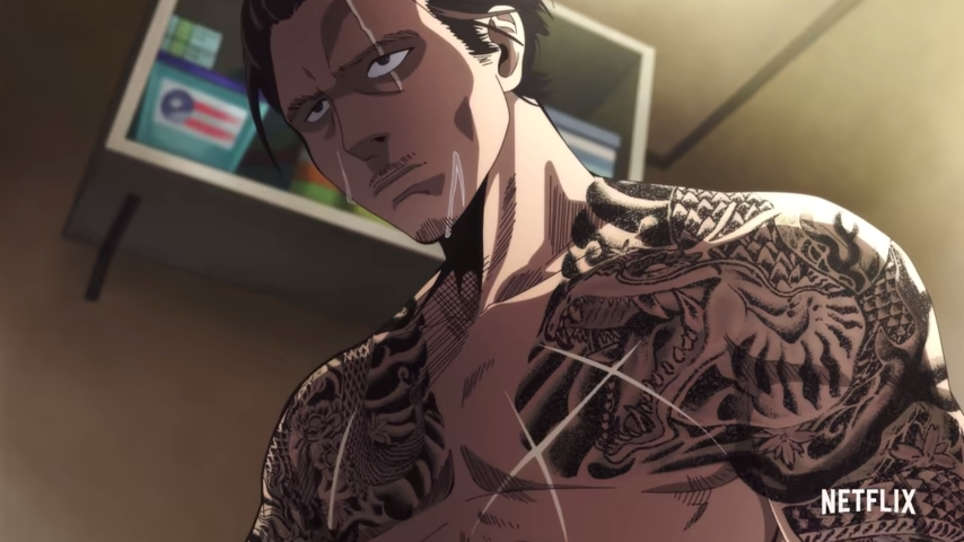 In the anime The Way of the Househusband, the main character, former yakuza boss Tatsu, is covered in tattoos. But for Chinese release, all that ink has been removed.

Tattoos are connected to yakuza culture, with members getting elaborate, expensive designs. Not all yakuza get tattoos, just as not all people with tattoos in Japan are gangsters. 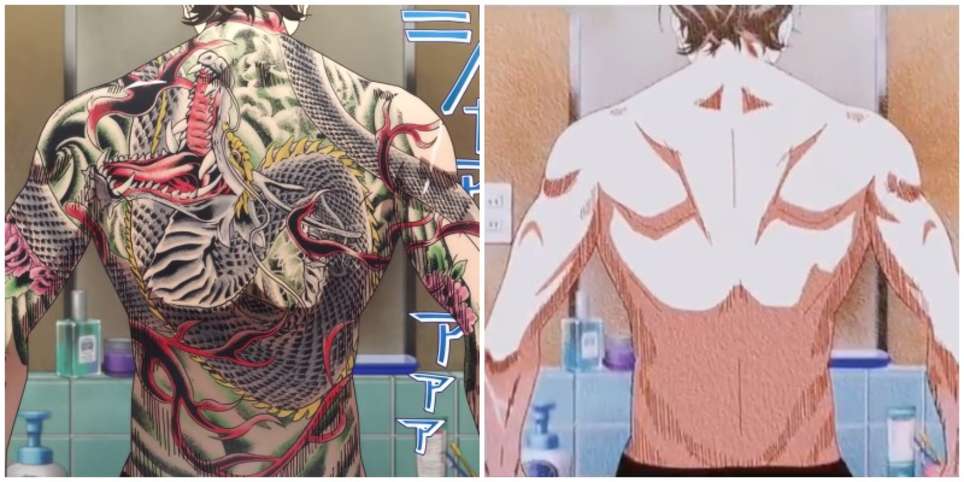 For many years, Japan has had a problem with tattoos, but it should be pointed out that punitive tattooing, which was used to mark criminals, was introduced to Japan from China. Prior to that, tattoos don’t seem to have been an issue. According to one Third Century Chinese account, people in Japan used tattoos to denote social class and protect their bodies from sea creatures.

As you can see below, for the Japanese and international release, the character’s tattoos are completely visible. Yet, for the Bilibili release in China, they have been removed.

# Chinese# Culture# Tattoos# The Way of the Househusband