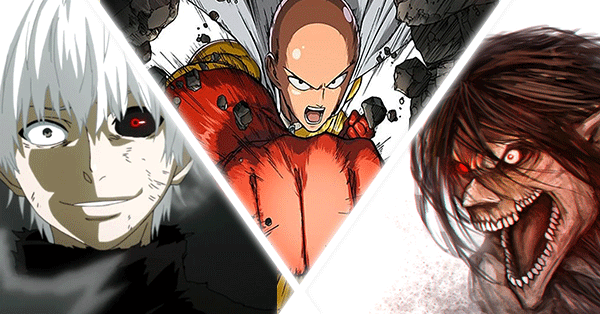 Beyblade Burst is the third generation of Beyblade toys that Takara Tomy will launch in Japan in July 2015. Takara Tomy also announced an anime is in the works and set to air in Spring 2016. The anime which left us with more question in season 1 is back with the answers in season 2.We might come to know about existence of walls and the existence of titans. The most awaited anime’s next season is getting aired by mid of 2016.The story will continue the life of kenike san. But in this season it might be possible we will be able to see the alliance of Ghouls and Police.Cross our fingers n hope of the best. The sequel to the anime “Terra Formars” which adapts the manga by the same name.
With Earth becoming increasingly overpopulated, an ambitious plan has been put into place to terraform Mars using mold and cockroaches. Nearly 500 years after the plan, a mission to Mars, Annex 1, is under way to accomplish crucial research into the Virus currently plaguing mankind with the crew members who’ve been injected with various DNA of life on Earth in order to combat the Terraformars, giant humanoid cockroaches. The story follows in the year 2071, the world’s energy problems seem solved by a network of cross-dimensional electric-field instructors- “coils” -that extract energy from a seemingly infinite source. That source is the W dimension, a fourth plane that exists beyond the X, Y, and Z dimensions.
In this world, unofficial “illegal” coils harness powers that the police can’t hope to counter. Dealing with these coils is the job of coil-hating repo man Kyoma, whose run-in with the unique coil android Mira leads the two to form a reluctant partnership. Set in to see hot busty female fight in hot sexy bikiny an RPG-style world with swords and magic where adventurers form a party to challenge the demon king’s right to rule, adventurers all have beautiful breasts, enormous breasts, and bikini armor. The second season of on of the fastest growing anime series is supposed to air between december 2016 or january 2017.The season is expected to last more episodes than the season one. The original novel is set in 1937, before World War II begins in earnest. Lieutenant Colonel Yūki of the Imperial Japanese Army forms the “D Agency,” an army intelligence outfit under his command and tutelage. Army General Staff attaches Lieutenant Sakuma to observe the unit’s performance. D Agency casts a wide net to find agents beyond Japanese military personnel, and Yūki establishes D Agency’s tenets, which go against IJA doctrine: “Don’t kill, don’t get killed, don’t get captured.” With this, Yūki trains a team of operatives who conduct missions against domestic and foreign powers. The “steampunk survival action” story takes place on the island country Hinomoto, where humans hide themselves in fortresses called stations against the threat of zombie-like beings with steel hearts known as “Kabane.” Only armored locomotives known as “Hayajiro” go between the stations.If you love attack on titans you’ll love it too. No one knows when, where, or how “the gate” was created; furthermore, no one can see, touch, or access it. However, when “the gate” is opened, realms of mortals, fairies, and daemons collide, destroying world orders. While leaders of three realms try to restore orders, some talented and capable mortals begin to approach the gate, now known as “Divine Gate.” Yet no one has reached the Gate and returned, however.