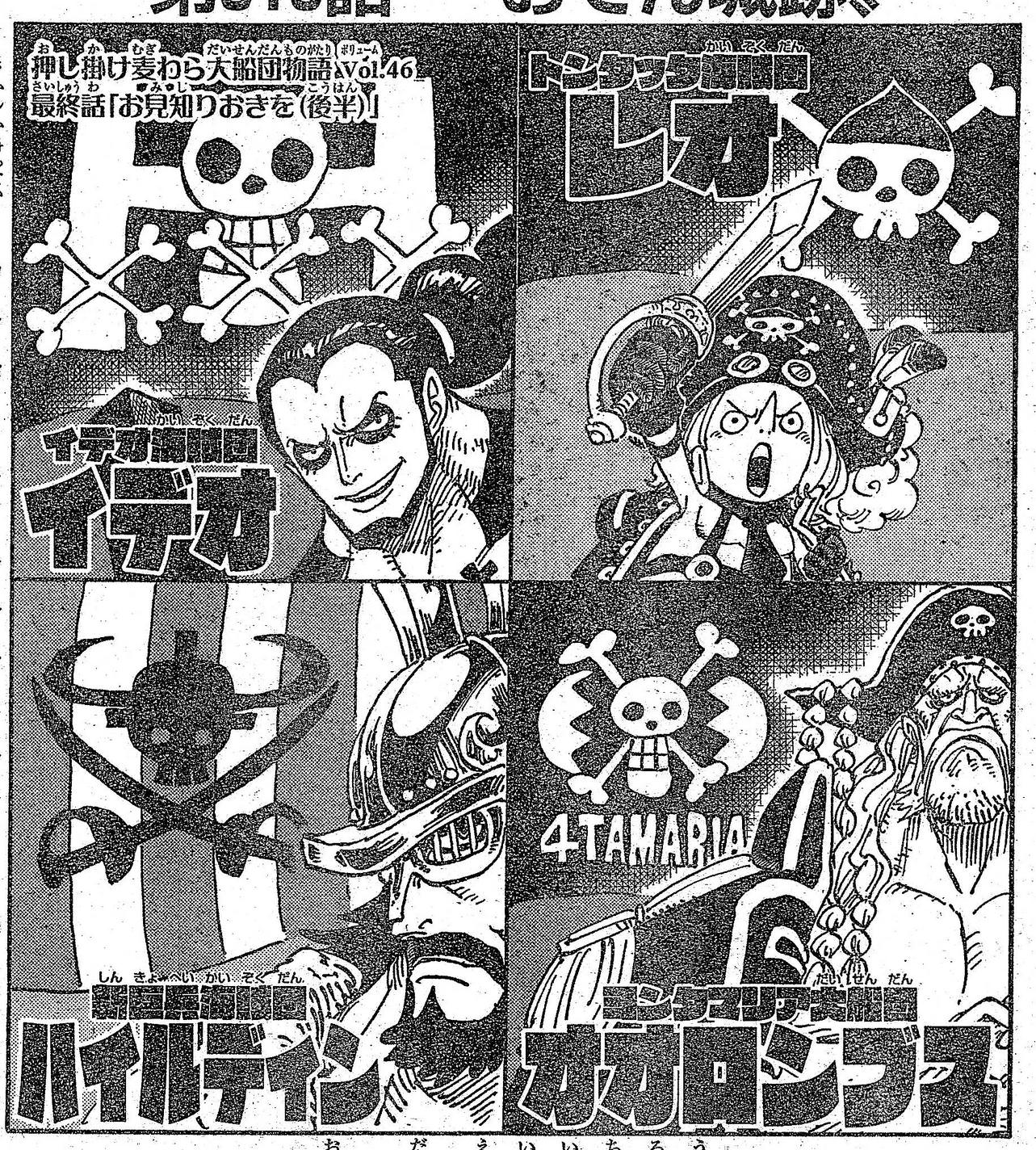 Tama heads home whilst being protected by Speed.

The citizens of Okobore Town express their thanks to Luffy-taro and the others as they head towards Oden Castle.

Kiku asks that she also come along in order to help them search for their target.

Around that same time in the Flower Capital, several children are working hard at their studies.

Their teacher (a rokuro kubi) asks them what is the policy of seclusion.

The children answer that is a closing off of the country in order to protect the peace of the nation.

The teacher then asks what is opening up the country entails.

The children answer that it is a very evil action inviting wicked people and their ideas into the country.

The teacher explains that there were once wicked people who attempted to open up the country.

All the children exclaim in unison “Oden and the Nine Red Scabbards”* (actual translation up in the air).

The teacher explains that there was hero who punished these wicked men. The children exclaim “Shogun Kurozumi Orochi!

In a restaurant in the capital, there is a certain money-exchanger drinking sake.

His name is the “Dozing” Kyoushirou. He curses that Orochi is a coward.

That is what Oden’s wife cursed while Oden castle was ablaze 20 years ago.

The moon knows not of the dawn. If it comes to pass, then that determination will cast nine shadows from the moonlight that interweaves 20 years together. Then you will know the dazzling dawn.

Kyoushirou explains that Orochi interpreted this incantation as the spirits of nine samurai will appear in the moonlight 20 years later.

Luffy and the others arrive at the ruins of Oden castle. In front of these ruins, Kiku begins to cry and runs off.

Luffy becomes flustered after discovering the graves of Kinemon and the others.

Kinemon himself arrives there. Kiku returns after finding Kinemon and hugs him with all her might.

In the meantime, Momonosuke and Sanji’s group meet up with them.

Now that everyone is present, they all converse and head towards inside the castle.

Kinemon confesses to Luffy the secret they were hiding.

“You guys already know Kanjuurou, Raizou, and thus the three people here… makes a total of 5!

We are people of the past who have attempted to hide something.

“The truth is that we have crossed over from the Wano Country of 20 years ago!”