Hey everyone, Popular anime shows are known for their hundreds of episodes that could take weeks – or even months – to finish. However, there are those that are only 12 episodes or less that you can finish watching in a day – or two! With Sony giving PS Plus subscribers two months of anime subscription for free, it’s the perfect time to binge-watch some of the shows we know and love.

Below is our take on some of the best short anime series you can binge watch!

This is one of my favorite comedies to date.

It only has 12 episodes but believe me when I say the laughs never die down.

It’s a show about a group of dudes who just like getting drunk, getting naked, going diving, and having a grand (blue) old time.

The humor is very in your face, and the physical gags are top notch in my opinion. If you’re of legal age you can even drink along with the characters to really feel fully immersed.

Besides the comedy there are some very touching moments too. And the landscapes, or should I say waterscapes, are just beautiful.

Another is one of my favorite horror anime out there.

Because it’s the best type of horror with no real jump scares, but rather just an eerie atmosphere that never really goes away. There’s plenty of gore though, so maybe don’t watch this one with the kids.

The story is pretty good as the main question of the show isn’t obvious, but also doesn’t come out of left field. I’m looking at you Darling in the Franxx.

And if all of that hasn’t gotten your attention I’m sure Misaki Mei will be enough of a reason to watch the show.

The best way I can describe Baccano is speed running all of Game of Thrones in one season.

This is because the narrative bounces between three equally important plot lines and has dozens of important characters. It’s also set in America in the 1930s, so prepare to constantly forget which character belongs to which mafia family.

Beyond just the mafia there are also supernatural elements, like alchemy and a murderous beasty-boy. Plus some gore and even some romance.

All of that is packed into just 13 episodes with a few specials on the side.

And honestly, every second of watching this show is worth it.

You know how I said Five Leaves’ art style was refreshing?

Well get prepared to crank that up by several notches. Just like in every sports anime, the sport itself is more like a tool to tell the story, rather than the main focus.

You don’t have to have played ping pong in order to fall in love with the show, its message, or the characters. It’s a very well-written show about passion, what it means to strive for the number one spot, as well as a coming of age story.

I strongly advise you not to turn the show away because of the unorthodox art style and animation. You get used to it rather quickly.

After all, the ratings don’t lie, this show is an absolute gem.

Paradise Lost: The Anime is such a mixed bag of awesomeness.

Firstly, it’s extremely funny. The mere fact that The Devil is flipping burgers is of course chuckle-worthy.

But then it also has extremely well animated action scenes and a very solid slice of life vibe. It just wins on so many levels.

The core cast is very colorful and whacky, Shirou being my personal favorite. So any scene with more than two of the protagonists equals a fun time. 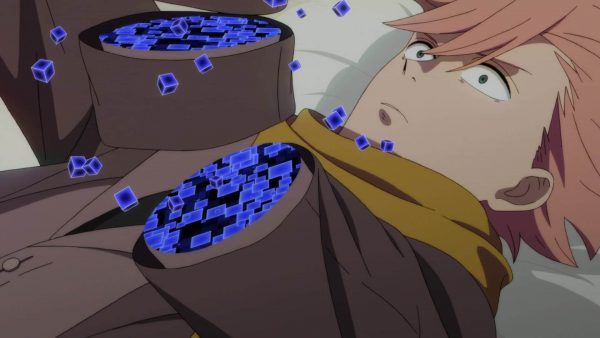 Kicking off the list With this drama crime anime called “Id: Invaded” Some people will consider it a little dark, but it really has its part of dark moment since it is revolving around Crime.

Also, There is an element of the isekai genre, because technically there is “travelling to another world”, even if that world is into someone’s mind.

As The main character has the task of invading the minds of serial killers, in order to solve and discover the motifs, and mysteries that caused those murders. 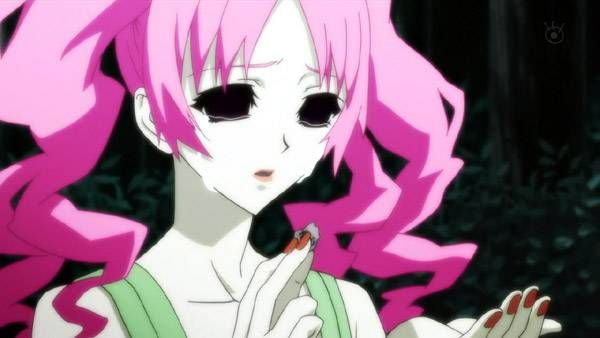 Next up we have a dark horror anime series, named “Shiki”. This is a good Japanese tv shows that deeply explores the lines between good and evil, and digs deep within the inner intentions that drove both sides to act and do horrible things.

It was first aired in July of 2010, where we watch human characters in the show being mysteriously turned into ruthless vampires, they call themselves the Shiki. 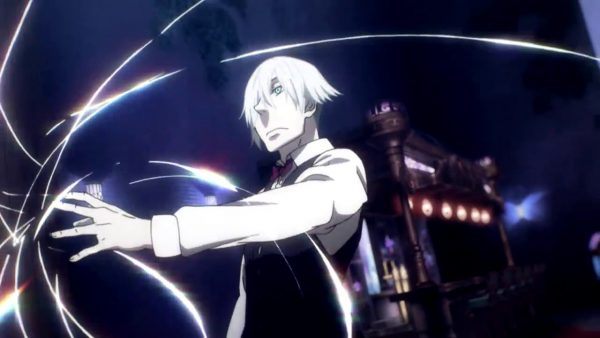 Death Parade is a pleasant Dark/Thriller Anime Series that will play with your mind.

The Story follows The Badass main character Decim, who is a bartender in the afterlife, and he is the one responsible for judging people via some deadly games, and then, decides whether they are going to be reincarnated, or whether their souls will be cast away into the void, to never to return.

While watching the show, it is obvious that he is rather an emotionless character, but as the anime progress, there will be some development occurring in his personality.

All what i can say is that Death parade is really a good anime that you gotta watch, cause this ain’t like any other Japanese series. I have never seen any dark anime like this, as Ergo Proxy is one of the best darkest tv show i have ever seen.

The story In this reality, is set in a world that has basically become uninhabitable after a global catastrophe thousands of years ago.

Therefore, The way people survive, is within domed cities, and they are assisted by android-like robots.

However, when a virus starts spreading which basically grants the robots self-awareness, it is up to a single badass anime girl to unravel this mystery.

Shinsekai yori is really a masterpiece, Known in English as “From The New World”, this 25 episode dark anime tv show explores genres like Drama, Horror, Sci-fi, Thriller and Mystery.

The plot depicts: That when children show signs of developing psychic abilities, they are sent to a special academy specifically for kids with psychic powers.

So, this only leaves the mincing question of what happens to the children who don’t develop powers. This is really a Highly recommended cyberpunk anime first appeared in October of 2012, and continued to run until March of 2013.

The show takes place in the 22nd century, in a future version of our world where people are easily scanned by the authorities, so to determine how likely someone

is up to commit a crime.

Definitely this is one of the best darkest anime you will find, as “Psycho Pass” is a complex Crime/Psychological Thriller series that can leave a chill down your spine. Here we have the anime that many people have loved, I also love this Dark Thriller Psychological show like, very very much.

Its one of my favorite classics. honestly you gotta watch it, as it also happens to be a rather mature show that can be hard for youngsters to follow at times.

Serial Experiments Lain exhibit a very unique art style, and got a strong plot that follows some strange events starts occurring as a withdrawn girl named Lain becomes obsessed with interconnected virtual realm of “The Wired”.. This Dark Horror Thriller anime is not old, but definitely not new. except for the 3rd season that is still currently airing in fall 2020.

When they cry is a solid horror anime that gives chills, and may even keep you up at night. What is the story about you may ask?

For short, the story is set in a small town, where there is an annual festival, a group of friends, strange murders and disappearances, and how everything is linked together.

Also known as “Yakusoku no Neverland” in Japanese, this anime is returning for a season 2 which is currently airing on January of 2021.

This Dark anime falls into genres like psychological and thriller, and the story follows three smart kids living in an isolated orphanage, who will later discover the secret and the reason why they were raised for!!

The chocking truth, will make the three kids starts looking for a way to escape from their evil caretaker and lead the other children in a risky escape plan.. If you believe in life after death, and more specifically the concept of reincarnation, then this big story within this short running anime may show a more dramatic side of that.

With 2 people entering at a time, they are put to the test to see whether they will
be reincarnated, or thrown into the void never to return.

First seen in January of 2015, this show has stood the test of time and is still enjoyed by many people to this day. Throwing some mystery and supernatural phenomena into the mix, this short-running anime tells the story of a man named Satoru who has used an ability he calls “Revival” to save peoples lives.

Always being sent back in time to be able to stop a tragedy from taking place, he soon sees that the mystery of the murder of someone close to him traces all the way back to 18 years before the actual event.

A sore topic of conversation for many people waiting for a season 2, this anime is still an amazing
piece of art.

From the plot, to the characters themselves, to the setting, this anime shows the main characters Shiro and Sora isekai’d into a world of games.

A world where they can finally feel themselves, with the hope to one day rule over.

Ending off on an action filled short anime with lots of comedy, the main character Otonashi discovers and unravels the mysteries of the afterlife.

Joined with gun wielding comrades, they all have waged a war against an angel girl.

Although he soon learns that there is a lot more to the mystery than just a “good versus evil” scenario. This is an amazing dark thriller drama and sci-fi anime, with an Outstanding story and unbelievably unique characters developments that will make unable to skip any moment of the show.

The strong story depicts: Working with some strange and mysterious gadgets, a team of so called “mad scientists” tinker and investigate different contraptions, and discover that one of these gadgets has incredible power, which can play with time and not a useless function it was originally thought to have.