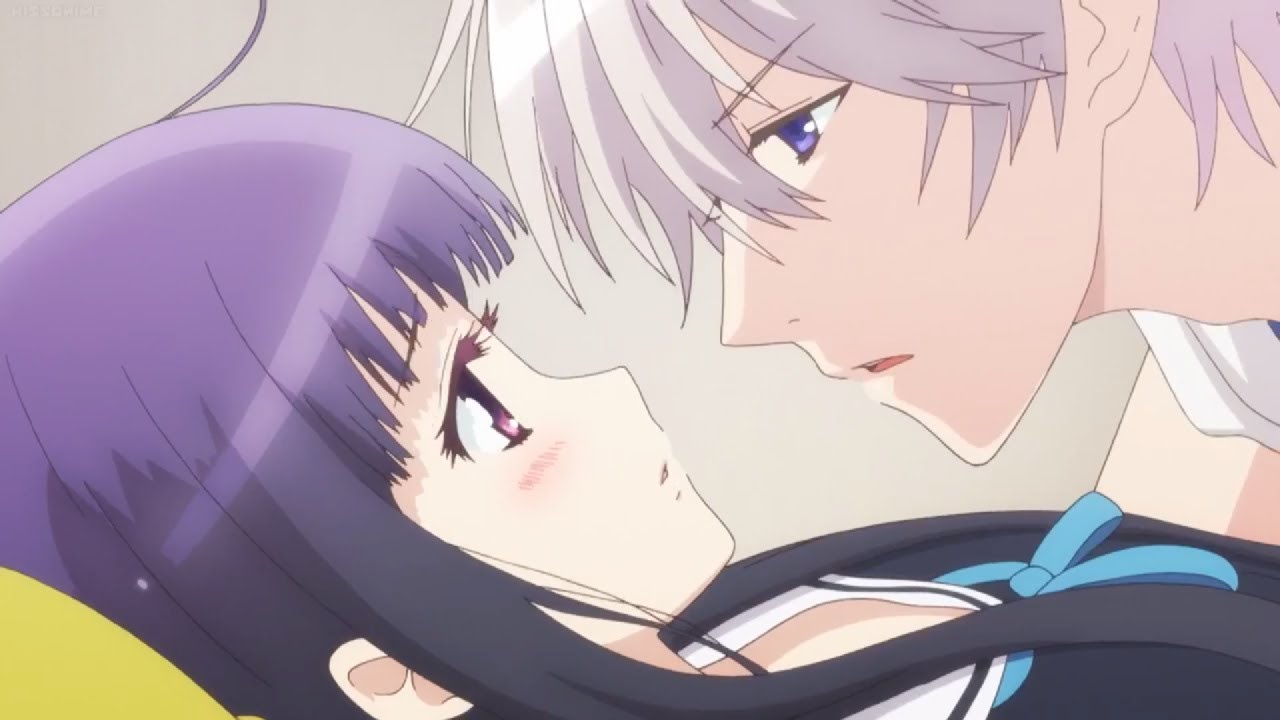 There is a sad reality that every fan of romance anime eventually learns – that it is damn near impossible to get good recommendations. Unlike other, broader, genres like action or slice of life, the recommendations you can get for good romance anime run thin after awhile. You always get the same recommendations, and we’re guilty of it, too. However, if you have watched the staples, the Kimi Ni Todoke’s and Toradora’s that define the genre, here are some offerings in the romance anime genre that you maybe haven’t seen yet. 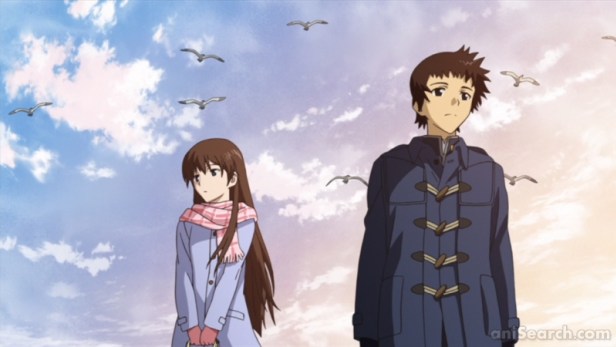 After the death of her father, Shinichiro’s family took in Hiromi, a beautiful girl right from his sweetest dreams. However, while cheerful and popular at school, at home she is cold and withdrawn from childhood trauma. However, as he tries to unlock her feelings, he finds himself distracted by a strange girl at school named Noe that may be the key to solving more than one of his problems.

True Tears presents a story typical to the romance genre of damaged girls being helped by a damaged boy so that everyone can function again, but unlike Clannad or other such stories, it takes a more realistic and down to earth route about it. One nice tidbit about this story is that, until a certain point, it is hard to predict the direction of the romance, and it adds to the fun. One day while stopping by the local flower shop, Ryousuke Hazuki has his heart stolen by the beautiful owner Rokka Shimao. In hopes to get closer to her, he gets a part-time job there where he discovers her heart in shards from the death of her husband. Worse yet, he discovers her husband’s ghost is still keeping watch over her. 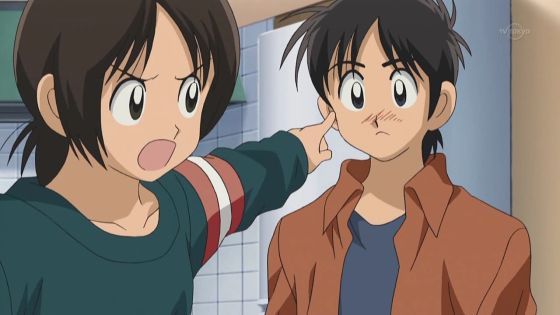 The Kitamuras, an owner of a sports shop, and the Tsukishimas, the owners of batting cages, have been close for ages due to the nature of their businesses. Their children are like family and because Kou and Wakaba are the same age, they spend a lot of time together. This leaves Wakaba’s little sister Aoba jealous while Kou secretly trains to be as good of a pitcher as Wakaba while outwardly showing little interest in baseball.

Cross Game is kind of hard to describe, but just remember one thing, it is about two sister and their affections for one guy, all set to a baseball theme. Typically, the fact that it is an older sports anime is enough to put most people off, but they are missing a weird and exciting thrill ride of emotion that starts right from the first episode and carries to the 50th. While baseball is there, it never overwhelms the romance and copious drama within. 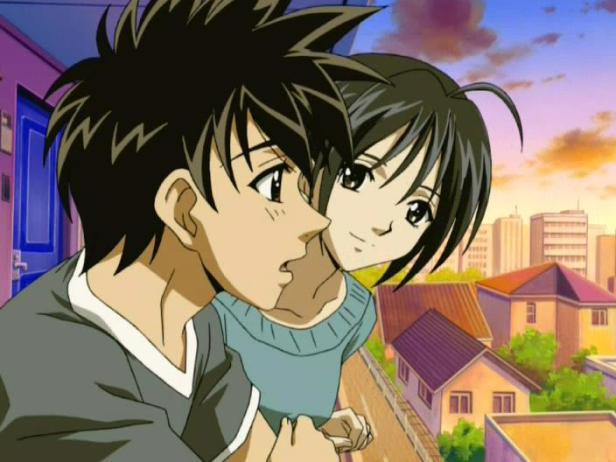 To study in high school, Yamato Akitsuki travels to Tokyo to live with his aunt. Although she runs a bath house for local ladies, Yamato has relatively normal high school days until he sees a girl at school that mesmerizing him with her beauty. He is even more surprised to find out that she lives next door.

That synopsis up there, yeah, that is like the general synopsis of every mediocre romance anime. While Suzuka does have its clichés, it is one of those shows that can lift the heart with its little romantic moments. If you are a big sap or, for some reason, want a romance anime with a slight bend to the sports genre, Suzuka is for you. It is also worth noting that Fuuka, an anime of the current Winter 2017 season, is also an unrelated sequel in the same world. (Though Suzuka is sports, Fuuka is music.) Sakamachi Kinjirou has a problem. Thanks to his family full of female wrestlers, anytime a girl touches him, he gushes blood from the nose. While he can take a beating, he now has an intense fear of women. However, after discovering that the bodyguard of the headmaster’s daughter Kanade is actually a girl in the bathroom one day, she offers to help him get over his fear in return for keeping her secret.

Mayo Chiki is your typical harem, fan service, ecchi comedy sort of show, but as stout endurers (or fans, even) of the genre will tell you, there is always romance within. It often comes after wading through panty shots, and in this case, nose bleeds, but it is there. You feel for each girl, but there is always one obvious best girl to root for. 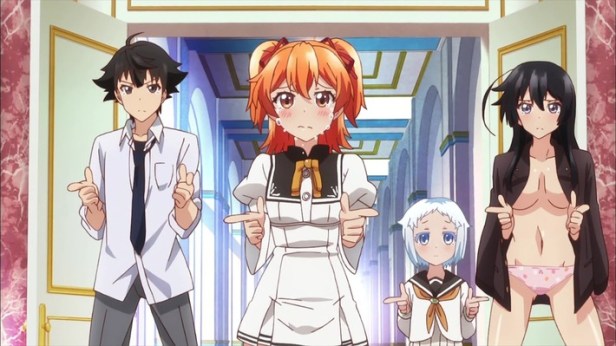 While more comedy and harem than romance, Shomin Sample is honestly too cute not to enjoy. It follows the trials of Kimito Kagurazaka who was brought to the elite Seikain Academy because they believed that he had a fetish for men’s muscles. With his sexual predilections pointed towards men, they thought he would be a perfect example of a commoner at this all-girls academy. Of course, because he likes women, he must keep up the guise or face castration. Yet, with beautiful, albeit weird, women keep taking interest in him, they’re making him – I mean, it – hard. Engaged to the Unidentified

I firmly believe it is the title that makes this such an underrated romance anime, but maybe it is because it doesn’t have a whole lot of pay off. It is the story of Kobeni Yonomori who finds out on her 16th birthday that she has a fiancé and a future sister-in-law and that they are moving in. While her fiancé fades into the background, her sister-in-law and her own older sister create a whirlwind of chaos in their house.

While this romance has a supernatural twist, if it filled with many of those tender moments you crave in romance anime and some top-notch comedy that make up for the lack of romantic pay off. Oh, and it has the perfect set of addicting OP and EDsequences. 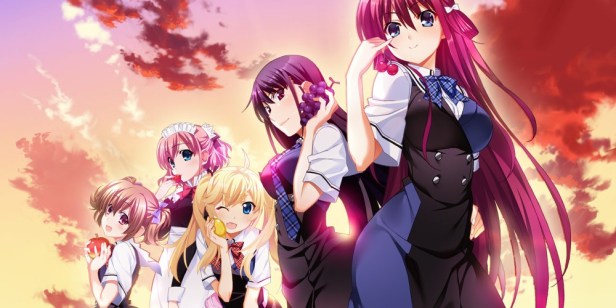 The Fruit of Grisaia

Mihama Academy is a school that consists of only the principal and five girls. However, that is all shaken up with the new transfer student, Yuuji Kazami, a boy. As each girl has traumas from the past, it is Yuuji’s role to play the catalyst to save these fallen fruits from rotting.

Never was there a more convoluted excuse for a harem if there ever was one, but despite that it is a touching romance anime. If you liked other series, namely Clannad, for the singular boy that helped a bunch of damaged girls get over their damages while simultaneously getting over his own shit, then this is a fine series to follow up with. As a young child, Hidaka Sana leaves his friends behind when he moves to Tokyo. However, five years later, he returns a changed person and finds his friends even more so.

Oh, man. You like drama? Myself;Yourself is a little drama bomb of a romance. It is just a non-stop train of it from suicide and bullying all the way to evil stepmothers and too-close sibling relations. However, providing you have no problem with the sheer amount of drama or the era of eyes as big as heads animation, this is a glorious romance anime despite having one of the most grating dub voices (of just one character) to ever be dubbed. It happened briefly in his youth where Yuzuki Eba can to his country village to visit family. However, even though she disappeared back to Tokyo just as quickly, Haruto Kirishima is left enamored. Years later, he moves to Tokyo with his sister to be a cook, and also look for Eba. However, with Eba avoiding him and feelings developing for another girl, which should he choose?

Kimi no Iru Machi isn’t what you would call a perfect anime, since it rushed through its source material, but there have been worse romance series made. While it may seem like a best girl showdown at times, which usually means a cliffhanger ending, it ends quite concisely and makes sure to wrap up the motivations that, up until the end, feel unnecessary. With space travel an everyday reality, corporations have pounced upon the new frontier. Ai Tanabe is like many with hopes of space adventures, so she takes up a job in the Technora Corperation. Unfortunately, they put her in the Debris Section, the laughing stock of the company whose purpose is to remove dangerous space debris between the Earth and the Moon. Undeterred, Ai sets her efforts upon doing her job and getting to know the unique people that work there.

The fault that few romance fans have seen Planetes lies entirely in the fact that it is not marketed as a romance anime. However, despite it being a sitcom about garbage men in space, it does hold some tender moments. Although slow in pace at times, if you like really getting to know your characters, you REALLY get to know these characters. 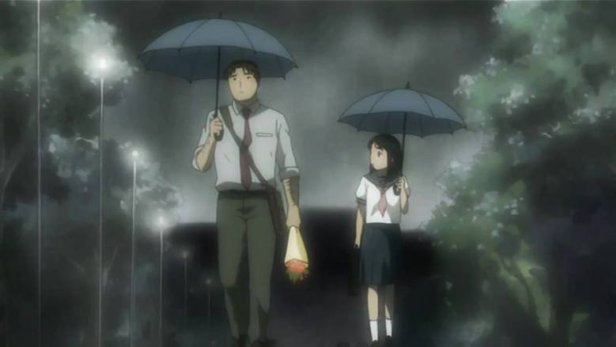 Despite being a wedding planner, Saeki Koushiro has a terrible time with love as a result of his parent’s divorce. After a break up with his girlfriend, his feelings of love are aroused by a chance encounter with a high school girl, but he later learns that girl is his sister and will be moving in with him and his father.

If you are into the world of romance anime, this is probably one that someone has tried to shove down your throat, and then you read the synopsis and said, “Eww,” because that is what you are supposed to say when someone tells you to watch an anime about a romance between brother and sister. However, if you watched Oreimo, it is time you take Koi Kaze and let me shove it down your throat because the creators of Oreimo should have taken some notes from Koi Kaze. 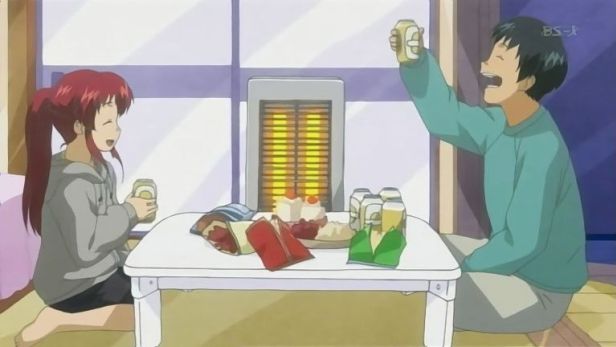 After Fumihiko Matsumaru is stood up on a date, this average salaryman is about to throw his movie ticket away when the cute Aka Onda tells him not to waste them. Together they enjoy dinner and a movie, and as he walks her home, he discovers they even live in the same neighborhood. Unfortunately, Aka’s home has burned down and Matsumaru takes her in wherein they discover that they even work for the same company with Aka being the voice of Matsumaru’s new product’s mascot.

You can’t recommend underrated romance anime without some eager little puppy coming in wagging their tail and wiggling around a recommendation for REC. It is truly one of those hidden gem-type series where it doesn’t fumble with melodrama or try to add in some supernatural hook. It is a story about two normal people having a normal one night stand and has you watch as their relationship struggles from fuck buddies to something more despite a voice actresses rising popularity.